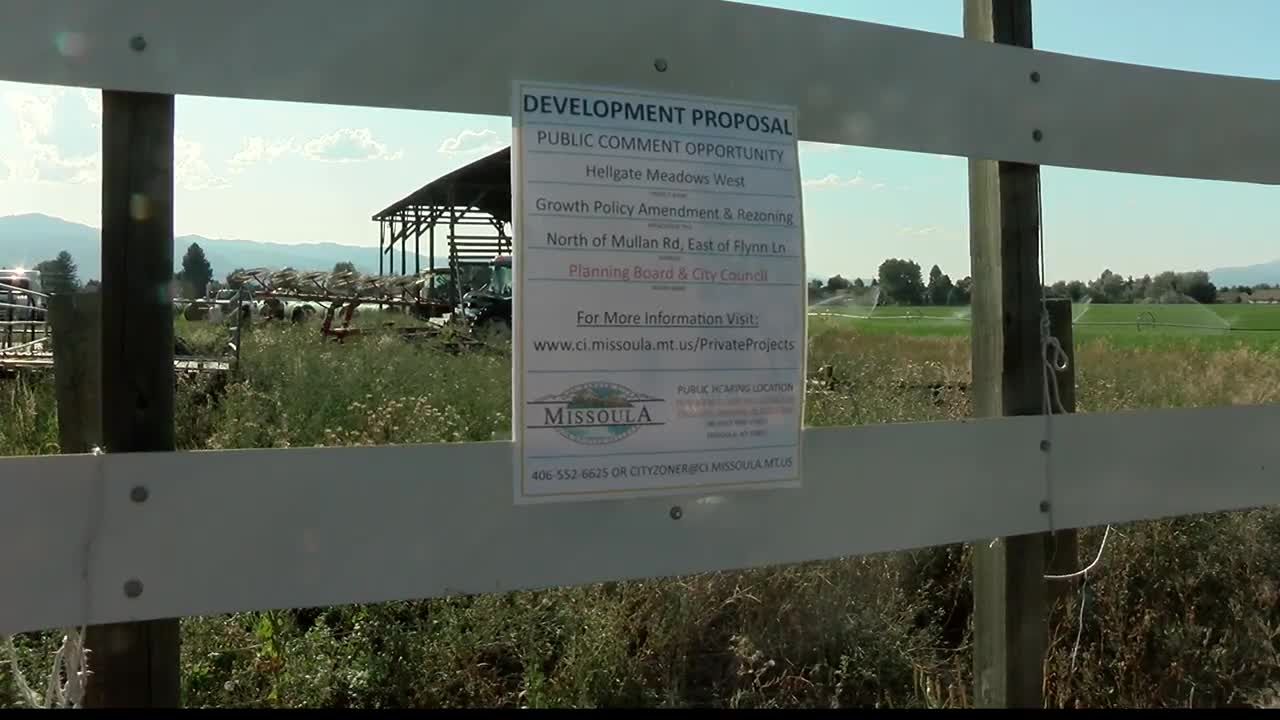 MISSOULA — The Missoula City Council has decided to reschedule their vote on a possible rezoning of nearly 58 acres of land north of Mullan Road following weeks of public comment and negotiating between the developers and residents.

The vote was supposed to take place on Monday evening, but the developers changed their plans. The rescheduling will now allow city council members and residents to educate themselves on the developer's new plan.

After some back-and-forth, the developers have consolidated land to add a much larger park. However, some residents are still concerned about traffic routes and the number of units proposed for this area.

The developers are asking to change the current zoning from Residential Medium to Neighborhood Mixed Use. That’s more than just a plan for denser housing – it also means the new zoning would allow commercial development for businesses and apartments.

The plan fits Missoula’s new city growth policy, but residents who live in the area say they didn’t sign up for this when they decided to invest their lives here.

The vote is now scheduled to take place on Oct. 21.