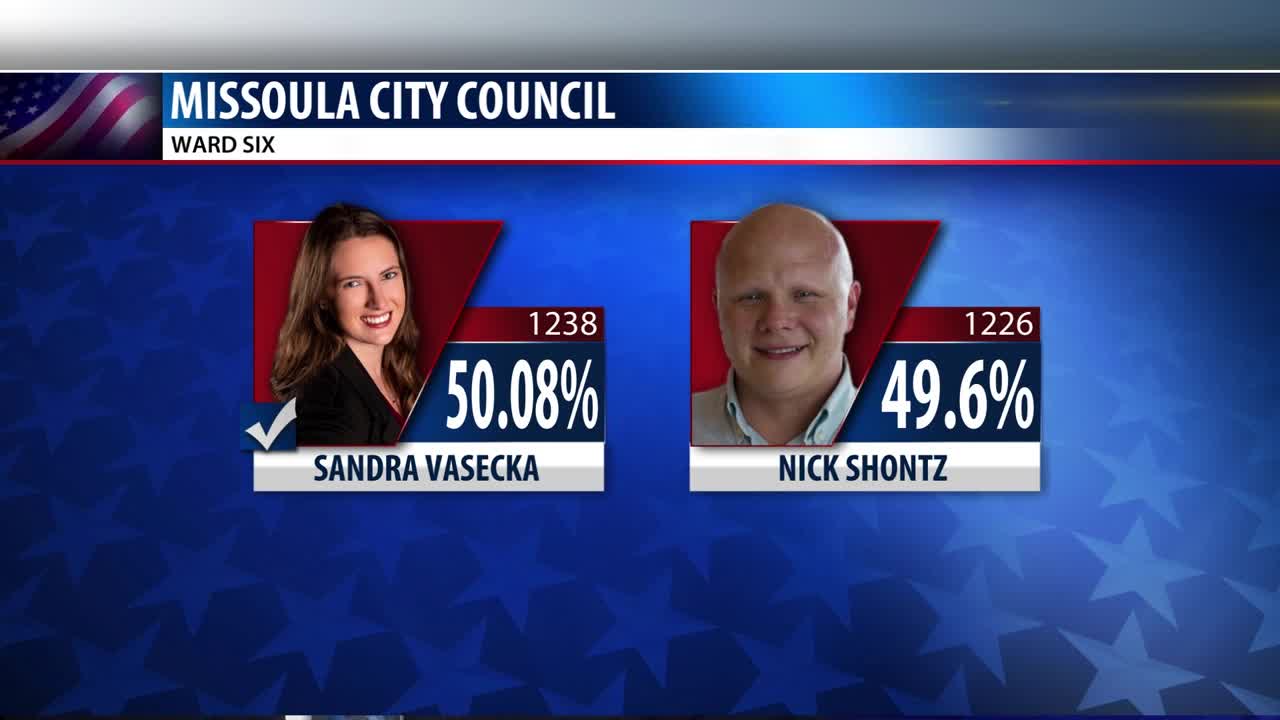 MISSOULA — Six rejected ballots in the Ward 6 City Council race could prompt the Missoula County Elections Office to conduct a recount in a contest currently separated by 12 votes.

Nick Shontz trails Sandra Vasecka by .049%. That lies within the margin in which Shontz could request a recount, though the six rejected ballots could sway that figure in either direction, so long as the ballots are resolved by Wednesday’s deadline.

“We contact the voters in the most expedient way possible,” said elections administrator Dayna Causby. “Sometimes that’s a letter to them, if there’s time. Yesterday or the day before, it was a phone call to the voter.”

Those six voters have until 5 p.m. Wednesday to resolve their ballot in person at the elections office. They could also postmark their resolution, so long as it arrives by the close of business Wednesday.

Causby said any resolved ballot will be counted after 3 p.m. on Tuesday. One ballot has been resolved, though it’s not yet known how the voter marked their ballot.

As it stands, however, the margin between the two candidates would permit Shontz to request a recount. If the race tightens and Shontz picks up additional votes, it could trigger an automatic recount.

“At this point, the numbers are what they are, and we won’t know what the real numbers are until Tuesday,” said Shontz. “The numbers are in flux right now. If it seems like we’re still really close, we’ll be looking into that recount as a possibility. If it widens one or two more votes, then I’m outside of that margin anyway.”

The Ward 6 race is one of two that went to conservative candidates on Tuesday night. If the numbers hold as they are, conservatives would hold three seats on the Missoula City Council, beginning in January.

But if the Ward 6 race changes in favor of Shontz, conservatives would hold just two seats. It would still represent a gain of one seat.

“They’ve been reaching out to folks through yesterday and today, asking them to come in and get them taken care of,” said Shontz. “I’m waiting for those final numbers before making a decision.”

While Vasecka said she knew the race was close, she wasn’t aware of the six rejected ballots until Wednesday. She said she’s pleased with the vote as it stands.

“We still have that 12-point lead, which is super close,” she said. “With these current results, I’m still in complete shock.”