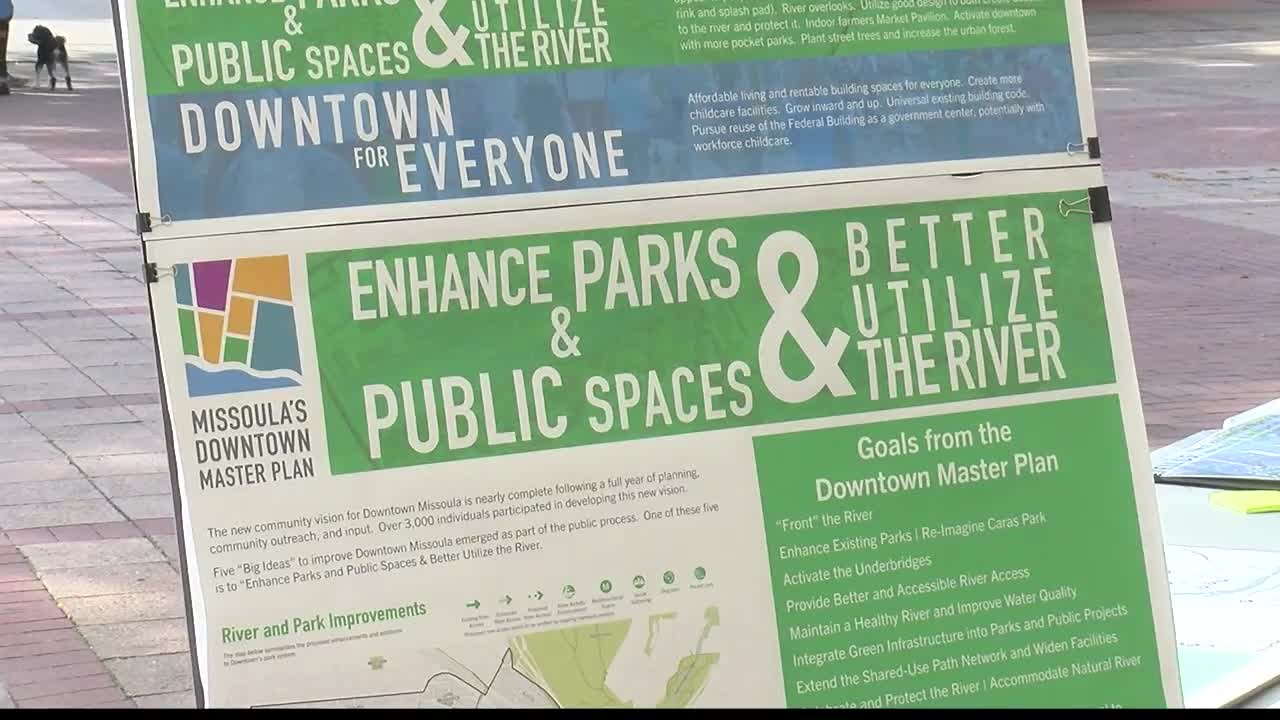 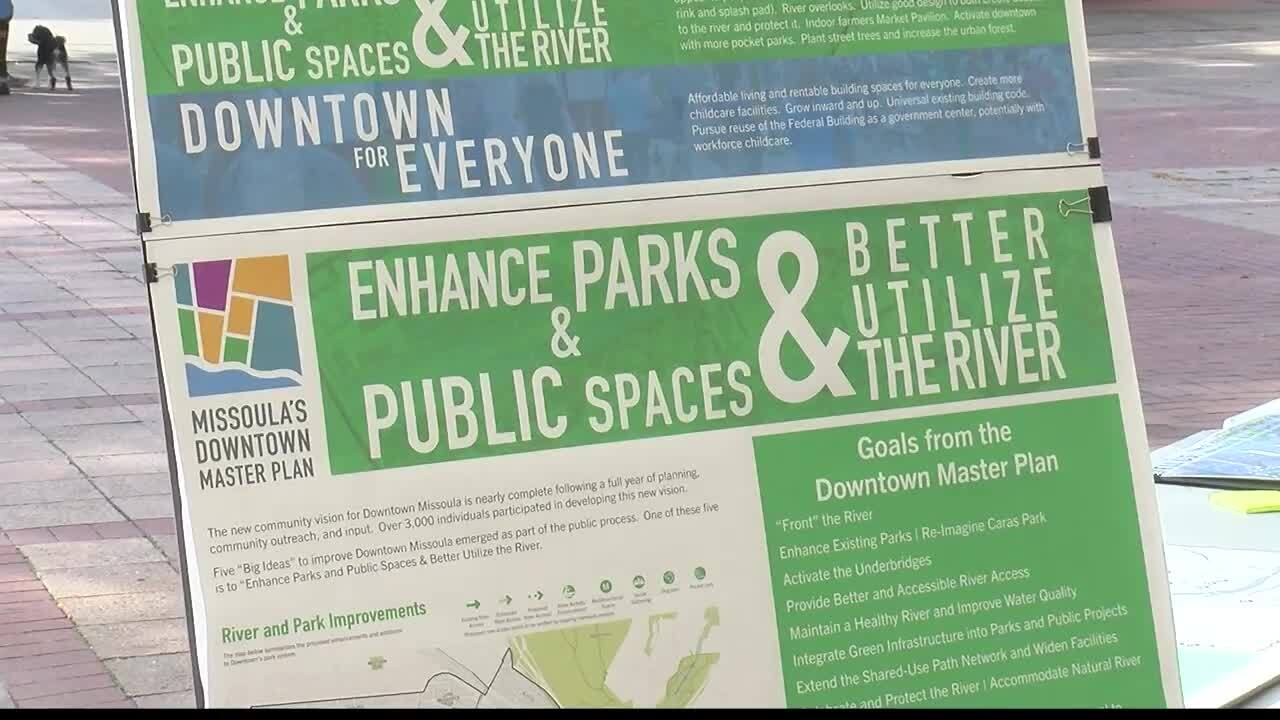 MISSOULA — The Missoula Downtown Master Plan is in the process of being approved, and the City Parks and Recreation Department is asking for input.

Residents showed up on Thursday evening to give their opinions on what they want the parks to look like.

“Missoulians very much care about the people and place, and that shows in our downtown master plan,” Downtown Missoula Partnership Executive Director Linda Mccarthy said.

The plan -- which is set to be finalized in the coming weeks -- looks at the overall future of downtown.

It also has goals to update Missoula’s parks and recreation areas. City officials held a design workshop on Thursday to get feedback from residents.

The opinions are mixed, but people tell me they want to keep the parks accessible for everyone, whatever that looks like.

Some are even suggesting an ice rink, or a splash pad for their kids.

The workshop focused on trails and parks north of the river -- from California Street to Missoula College.

Some people say they want new gated entrances and big art, but others would prefer their tax dollars go to green initiatives or ADA compliance.

“If we’re gonna put more park space down here, how are we gonna handle parking? So we’re gonna have to deal with that.”

One idea is to add three new parking garages in town.

Currently, the plan is in the adoption process, getting ready for implementation.

“This is Missoula’s Town Square, and it needs to be the best that it can possibly be," McCarthy said. "So, we’re looking forward to the community’s input.”

Half of the plan is funded by private contributions, and the other half by parking fees and fines, taxes, and transportation funds.

There will be another public workshop Friday in the Missoula City Council Chambers from 12 p.m. until 2 p.m.