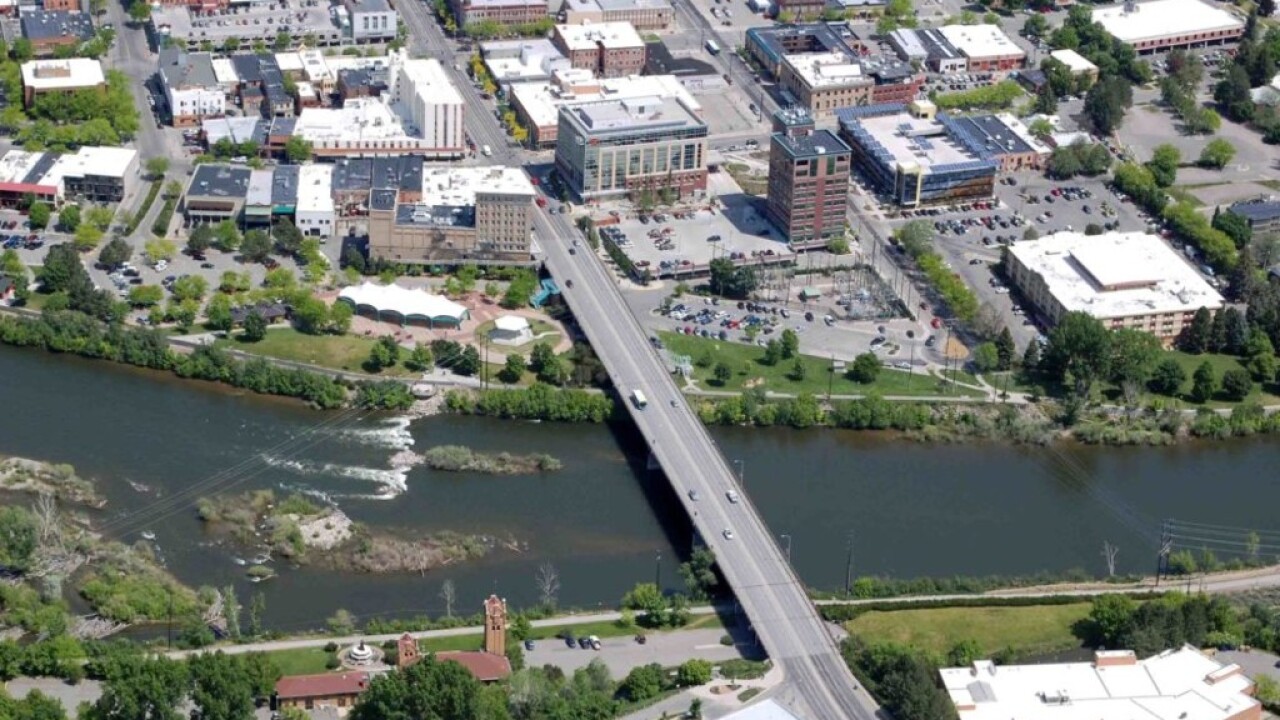 Reconstruction of the Higgins Avenue bridge is scheduled to begin early next year, giving Missoula a chance to redevelop Caras Park and the ribbon of parks and trails running north of the Clark Fork River while dong away with unsightly blacktop. (Missoula Current file photo)

MISSOULA — While the newly completed Downtown Master Plan addresses a lot of broader concepts and proposals for the future of Missoula's core, the plan also deals with the "nuts and bolts" of the city's busiest corner.

The plan, which is being shown to a long list of Missoula government organizations and business groups this week, outlines the objectives for the downtown over the next 10-years.

As proposed for adoption, it deals with issues ranging from urban design, helping startups and economic growth, and improving the Clark Fork "waterfront".

But the plan also tackles those thorny problems that plague every downtown district, traffic and parking.

Those challenges have grown since the last problem was adopted a decade ago, driven by growth and new development.

While the Master Plan deals with where to park and where to drive, it also takes a more current approach to bike and pedestrian access, and the city's goal of "sustainability."

"If we want to be a community that is sustainable we have to get more people biking, walking, busing. We have to design streets for all types of uses and not just vehicle or truck use," Downtown Missoula Partnership executive director Linda McCarthy said.

Among the plan adoption events going on this week, there will be a public workshop from 4:30 p.m. until 6:30 p.m. Thursday at the Caras Park Pavilion

A second public workshop will be held from 12 p.m. until 2 p.m. on Friday at the Missoula County Council Chambers.