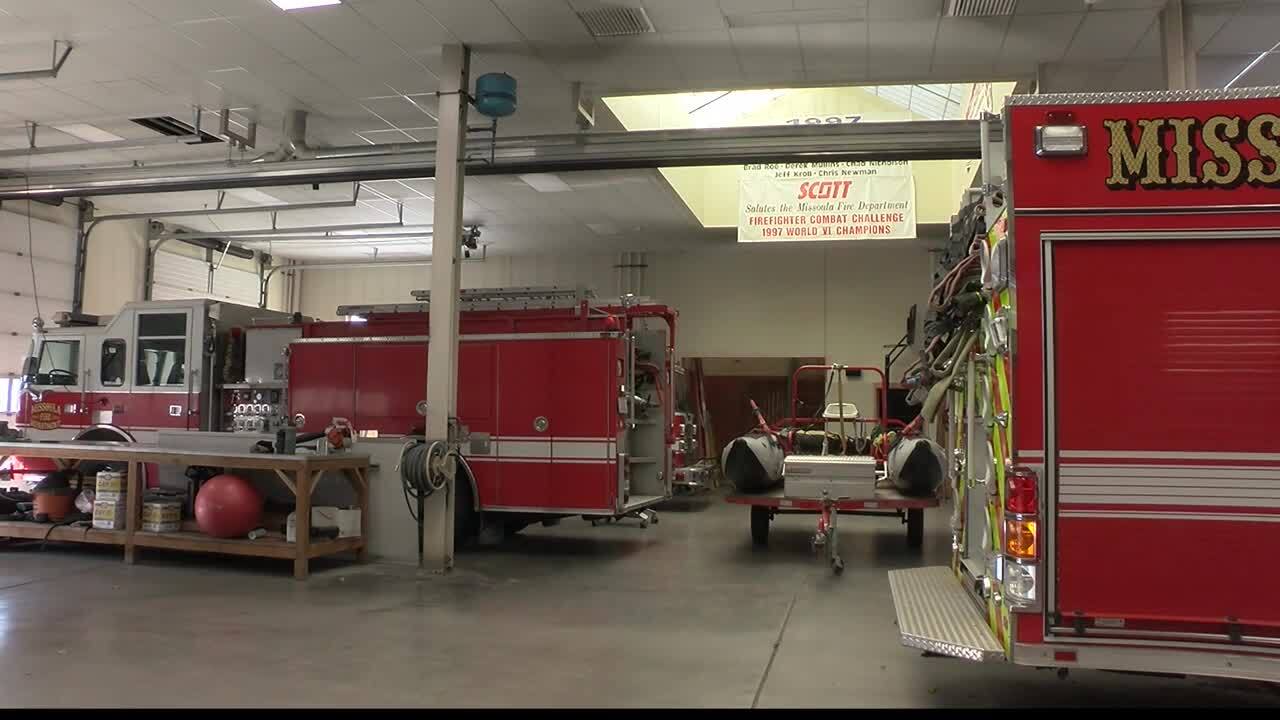 MTN News
Officials say the winds in California are stronger than we&#39;re used to seeing with fires in Montana.

MISSOULA — The Missoula Fire Department kicked off the city’s Fiscal Year 2021 budgeting process this week, submitting requests that ranged from personal protective equipment to guard against COVID-19 to additional staffing at peak hours.

The department also is looking to the future and the eventual need to cover projected growth west of Reserve Street. The cost of that request wasn’t attached to city documents posted as part of the budgeting process, which began in earnest on Wednesday.

“In the BUILD grant, we’ve been in the right conversations and looked at land out in the Mullan area,” Brandt said. “We have a slot that meets the needs of the fire department and the annexation to close the gap on those response times in the Mullan area. Currently, this is something we feel is important to tip up in front the (City) Council.”

Some of the department’s lesser requests include $8,500 for personal protective equipment in the wake of the pandemic, along with $3,000 to provide additional training for the mechanics who deal with the department’s increasingly complex equipment.

Brandt’s largest posted request for the next fiscal year rings in at $101,000 to fund an Alternate Response Unit throughout the year. In the past, the unit has been funded for about three months, though Brandt is looking for funding to run it year-round.

“This response unit runs on Friday and Saturday nights. Those are our busiest two days,” Brandt said. “This ARU is put together with two firefighters. They have the ability to respond to the lower community calls. Those are eating up a lot of our time.”

Brandt said that recently, the fire department was slightly under the national standard of responding 90% of the time to calls within a particular district. The ARU was funded at 384 hours last year, meaning the unit was staffed during peak season at the busiest times.

Brandt said the subtle addition in hours put the department where it needed to be in achieving its response goals. He said funding the ARU for the full 12 months costs less than funding a new station, which requires around 15 firefighters, not to mention millions of dollars in equipment.

“As we look to expand this program, there’s many great things about it, like bridging the gap between needing to hire 15 firefighters to man a full-time truck company,” Brandt said. “This being staffed with 2 firefighters bridges that gap until geographically that’s no longer possible.”

While the City Council won’t decide on budgetary requests until later in the budgeting process, some have already voiced support for particular requests. Council member Stacie Anderson said the ARU was a good approach but said the fire department will eventually need a significant investment.

“This (ARU) is a really creative solution to an ongoing problem the fire department has,” she said. “It’s been a significant amount of time since we’ve increased the (staffing) in terms of firefighters. As our community continues to grow, we’re going to have to look at putting some substantial investment into growing the fire department’s capacity. It’s hard to do that piecemeal.”

Brandt said the city added Station 5 in 2008 and hired 16 new firefighters. Last year the department received one additional employee for the first time in 11 years. Brandt said it’s likely the department will respond to 10,000 calls this year at the current pace, exceeding the 9,000 calls it answered in 2018.

Nearly 75% of the department’s calls are medical, making the ARU an efficient investment, he said.

“This ARU is a great asset that doesn’t cost the taxpayers three firefighters on duty or a $600,000 fire engine or a $1.2 million fire truck,” he said. “This unit can look like a pickup with some supplies. The asset lasts longer rather than a large truck running everywhere.”

The department also is seeking around $3,800 for overtime training and $7,500 for a Rapid Intervention Team. The team rescues firefighters who get caught or trapped in dangerous situations.

“That’s how we run our day to day traffic and communicate every day, and that equipment is out of date,” he said. “It’s not being made anymore. It’s hard to find parts for. They’ve done the best they can to find pieces and parts. It’s critical for us to do this. You’ll see something similar with the police department.”

The budgeting process will continue department by department through August.

“These new request aren’t all prioritized or included in the budget,” said council president Brian von Lossberg. “That will occur after we get our revenue numbers and the administration comes back with a recommendation among these priorities.”