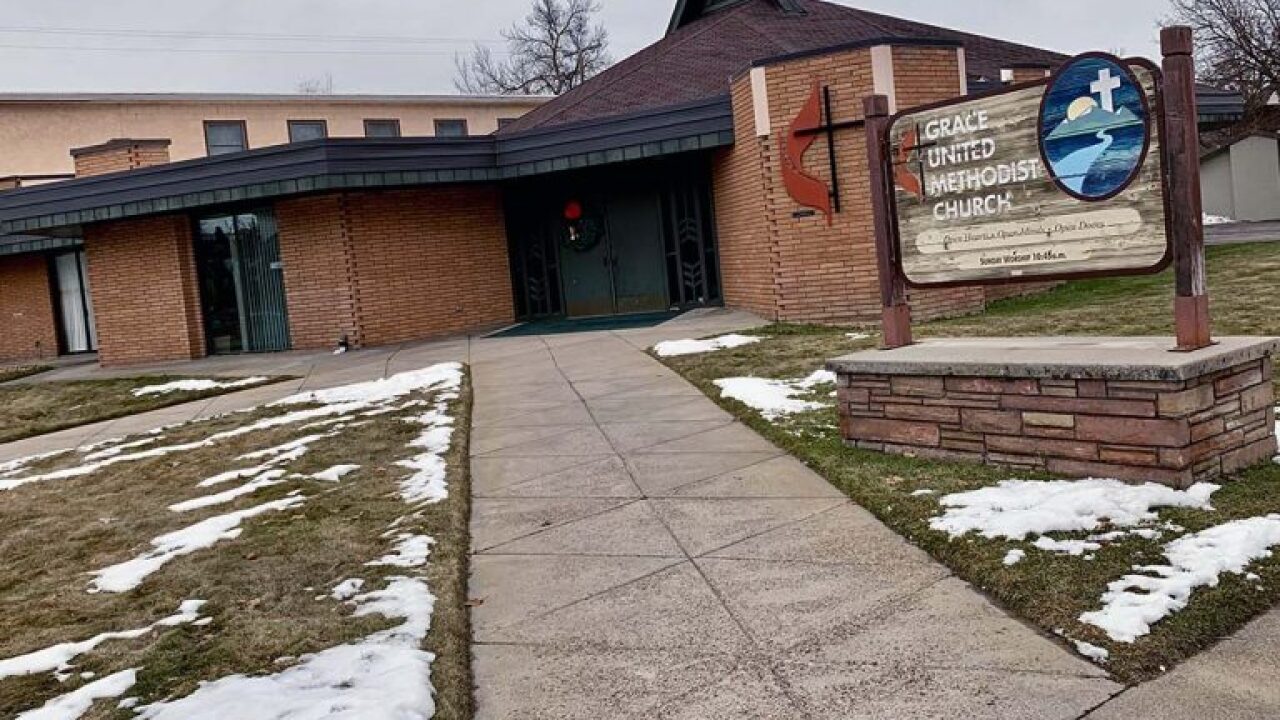 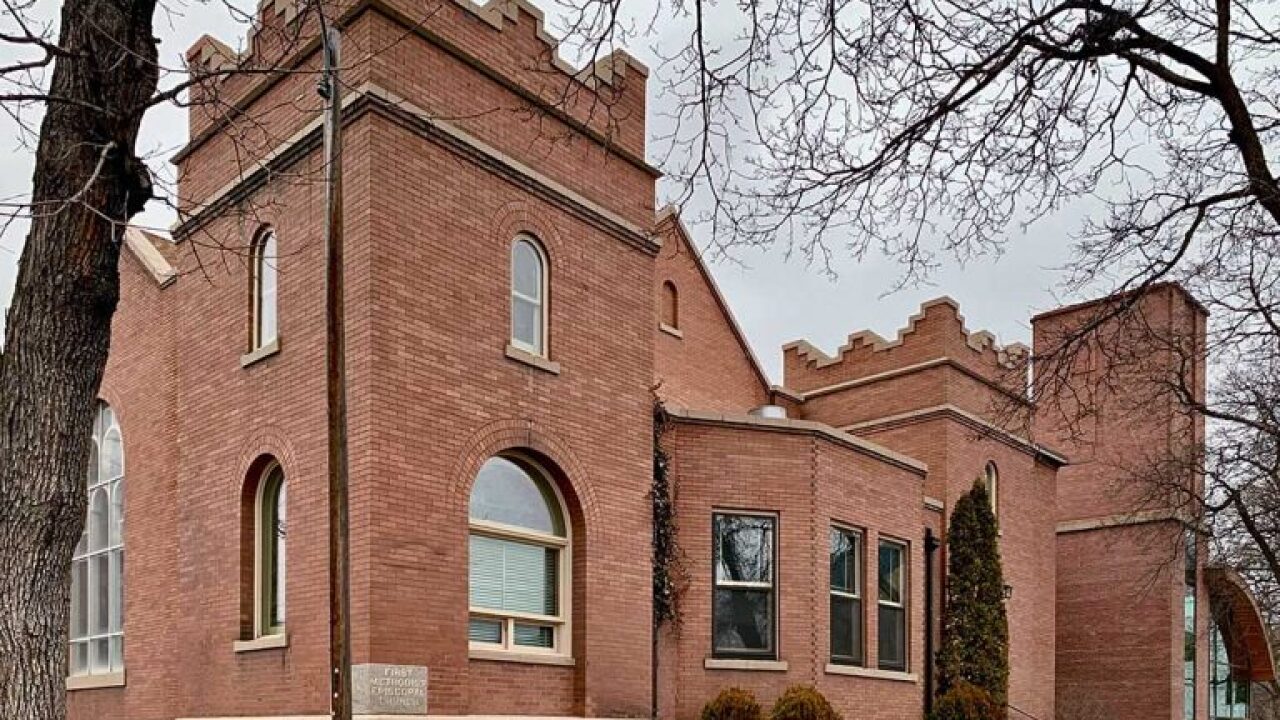 MISSOULA — A potential schism in the United Methodist Church could have ramifications around the world, but the two Missoula congregations still hold the power to steer their own ships.

The proposal would let churches employ gay pastors and also allow same-sex weddings if representatives from around the world vote to pass it at the United Methodist Church General Conference in Minneapolis in May.

“Those are both against our current rules, but they are widely broken across the West, in particular,” said Todd Scranton, in his sixth year as Grace United Methodist Church pastor.

Rather than continue dissension among the ranks, a group of 16 global, diverse UMC leaders agreed in December to allow the vote on potentially splitting along more conservative and more liberal lines – which could end a decades-old dispute.

By many accounts, the pending schism sounds amicable, and it would include the provision that churches who split from the “main church” could take all assets with them.

Scranton said his “older congregation” does not go out of its way to dissuade the LGBT community from attending.

“We are not a church that has openly taken a stand that we are inclusive of LGBT,” said Scranton. “We are mostly an older congregation that lives and let live.”

Ultimately, if given the green light, each church can decide whether to stay with the main, traditional church or take a more inclusive role.

As Grace leans to the traditional side, Missoula’s First United Methodist Church aims to take the step of allowing LBGTQ members and conducting same-sex marriages – neither of which the church currently allows.

“This was a plan for the UMC to move forward for greater inclusion – that is my sense what this plan will do,” said First United Methodist Pastor John Daniels.

First United is a “reconciling congregation,” essentially a membership open to gay and lesbian people.

“We are hopeful and working forward for all people in our ministry without regard to race, gender or sexual orientation,” said Daniels. “If you’re a human being, we will work within our ministry, no matter where someone is.

“If somebody wants to be a part of our congregation, at least in our church, we never ask questions, ‘Are you gay? Are you straight? Are you a woman or a man?’ ”

Instead, Daniels asks newcomers: “What do you mean by ministry and how do we grow together?”

Still, Daniels said First United, along with local groups, must meet to discuss and decide their official stance on the issue prior to the May conference. Last February, he said he was “surprised” that the national representatives completely shut down the idea of inclusion.

Scranton said he has updated his congregation and disputes any national news outlets that report the schism has already happened. The two Missoula churches are part of the Mountain Sky Conference of the United Methodist Church.

Bishop Karen Oliveto, the church’s first openly gay bishop, directs the Colorado-based Mountain Sky Conference, comprised of Montana, Utah, Wyoming, Colorado and Salmon, Idaho. She said the vote will be an important step for the church.

“I confess that while I do believe this is a very grace-filled way to move into the future, grief and hope mingle together in my heart,” Oliveto wrote in a social media post. “I ask you to join with me in praying fiercely for our church and to hold in tender care those who feel they will need to separate from the larger body. Pray for our delegates, who will be receiving this protocol.”

Still, the issue is more complex than simply tradition versus inclusion.

“I’ve been pretty clear with folks that I’m open and that we’re pretty open to all,” said Scranton. “When they elected Karen Oliveto as our Bishop as an openly lesbian women, that was not without our structure.”

It remains a wait-and-see game for the two Missoula churches.

“I think you find in this area the folks who are really adamantly concerned about this issue have already left (the church),” said Scranton. “We’re a little more conservative … we are centrist with mixed open minds and mixed opinions.”

“We have several people who are LGBTQ in our church and in our perspective, they are equally brothers and sisters and equal in the eyes of God,” said Daniels. “We recognize that the church is beginning to cause harm with this approach.”

The new proposal gives Daniels hope that it will pass because the Methodist Church runs “a very democratic model.”

“We’re just absorbing this news like everybody else at this point,” Scranton added. “It will only affect us if everybody decides to have it affect us.”

Reportedly, anything can happen at the world-wide conference in Minneapolis in terms of policy. But the new inclusive proposal, if passed, could be a turning point.

Bishop Thomas Bickerton oversees 438 Methodist churches in New York. He foresees an amicable solution among the final voting panel, comprised of moderates, progressives and traditionalists from Africa, Europe, the Philippines and the United States, the Associated Press reported.

But Bickerton also mourns the potential loss of the traditional church.

“There is a degree of heartbreak within me because I never thought we would reach this point,” Bickerton was quoted as saying. “However, we are at this point. The differences are irreconcilable. This is inevitable.”