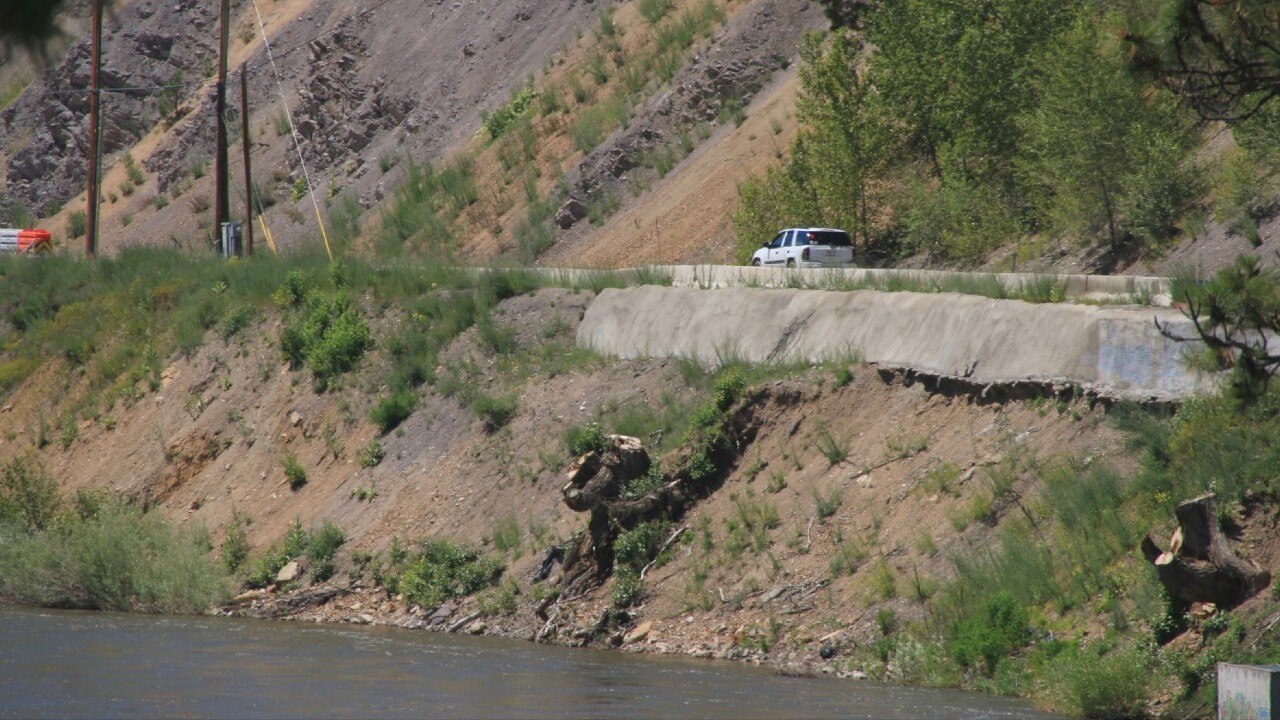 Dennis Bragg/MTN News
What is now the frontage road is the Old Highway 10, and although it doesn't carry as much traffic as it did before I-90 was built, it remains popular for local access.

BONNER — Drivers who regularly use Montana Highway 200 East traveling between the West Riverside-Bonner area and Missoula without jumping into I-90 will face delays, as work begins to repair a slide area along the Clark Fork River.

What is now the frontage road is the Old Highway 10, and although it doesn't carry as much traffic as it did before I-90 was built, it remains popular for local access. That's especially true now as Montana Department of Transportation (MDT) continues work with detours replacing the freeway bridges east of Missoula.

But the old highway has a major problem MDT needs to fix. The river has been scouring away the embankment, with a slide that threatens the entire road near the Marshall Mountain turnoff. In fact, the damage prevented the state from using Montana Highway 200 as a detour during the freeway bridge work.

"So the challenge there is we ended up with two projects adjacent to each other. So the plan was to build the -- when we had the interstate bridges in place we could utilize the frontage road as a detour route. Well, then we had this slide so our detour route was no longer valid. So we've had to make some changes in there as well. So that's going to be a challenging area for traffic this summer," MDT Missoula Administrator Bob Vosen explained.

The $5 million project will reinforce the roadway, forcing traffic down to a single lane with delays of up to 20 minutes. Work has been delayed by high water on the Clark Fork River but is expected to start soon.