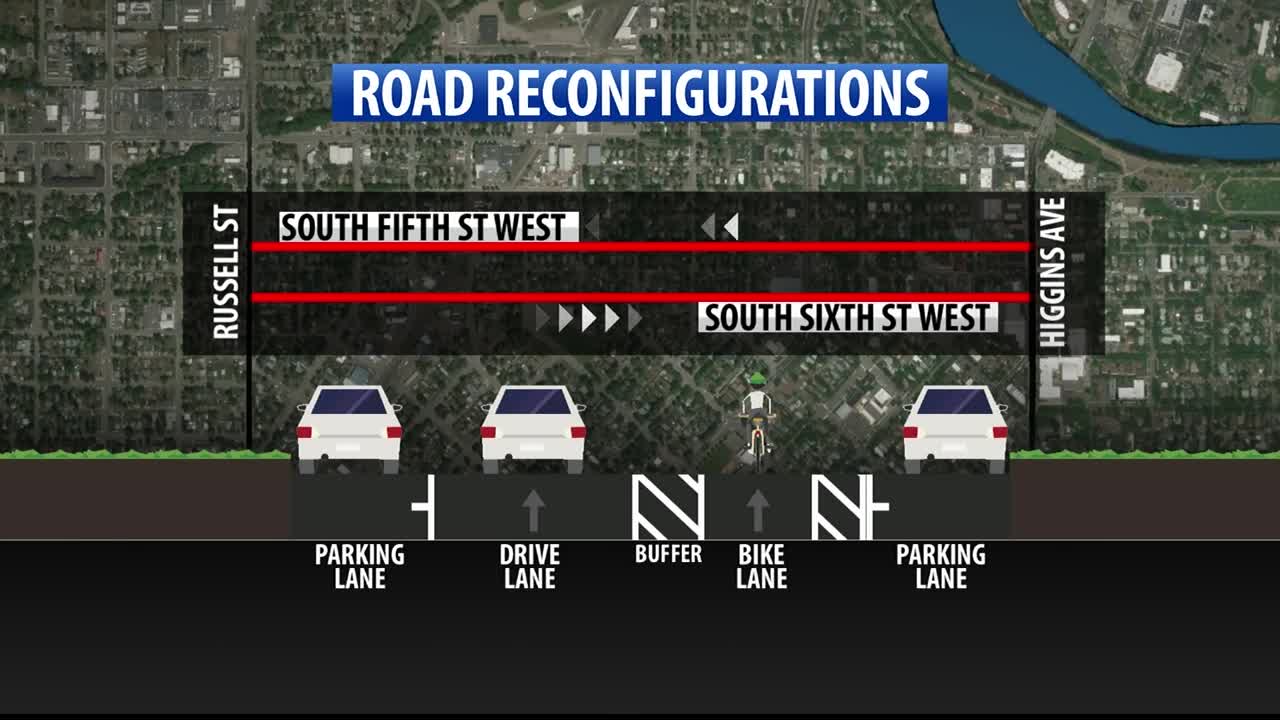 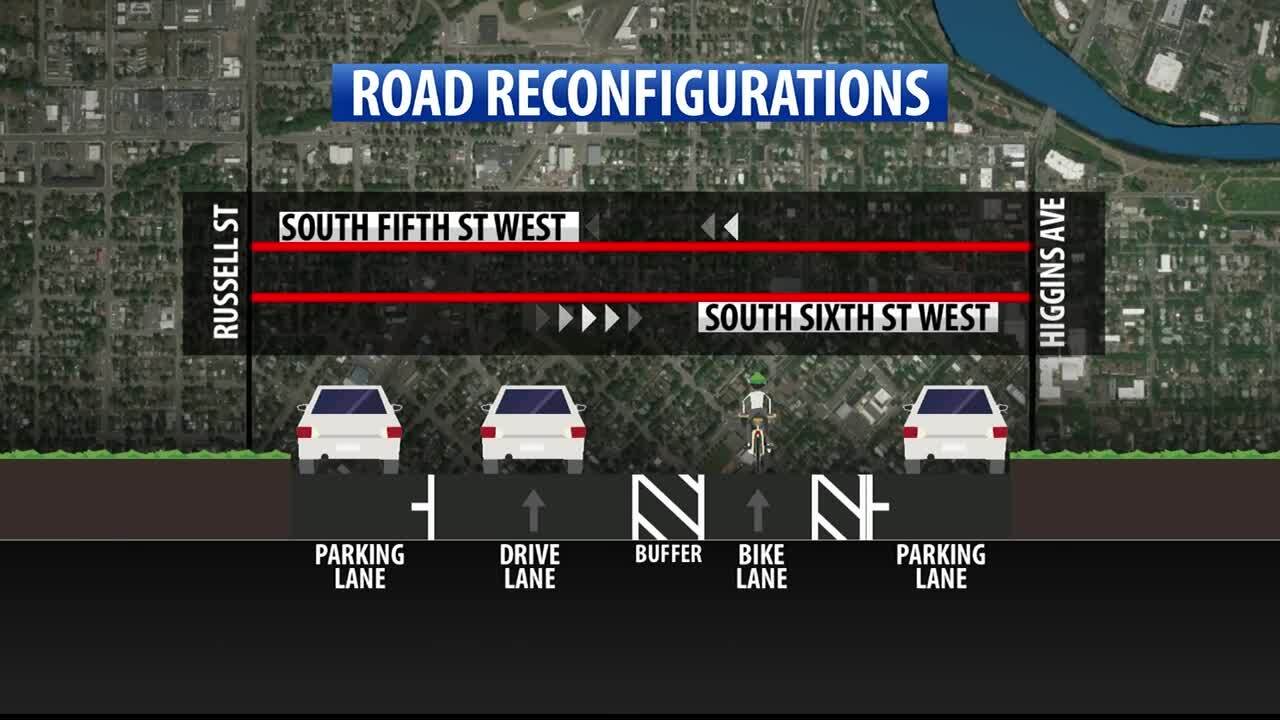 MISSOULA — Here’s a heads up for motorists making the rounds in the Garden City.

Crews are working on a safety striping project for two thoroughfares over the next few weeks.

The project – which began on Monday – is taking place on South Fifth Street West and South Sixth Street West between Higgins Avenue and Russell Street.

The finished roadways will have wider parking lanes and one 11-foot driving lane, among other amenities.

A study of the streets showed there were 277 vehicle crashes on these sections of Fifth and Sixth streets from 2007 to 2014.