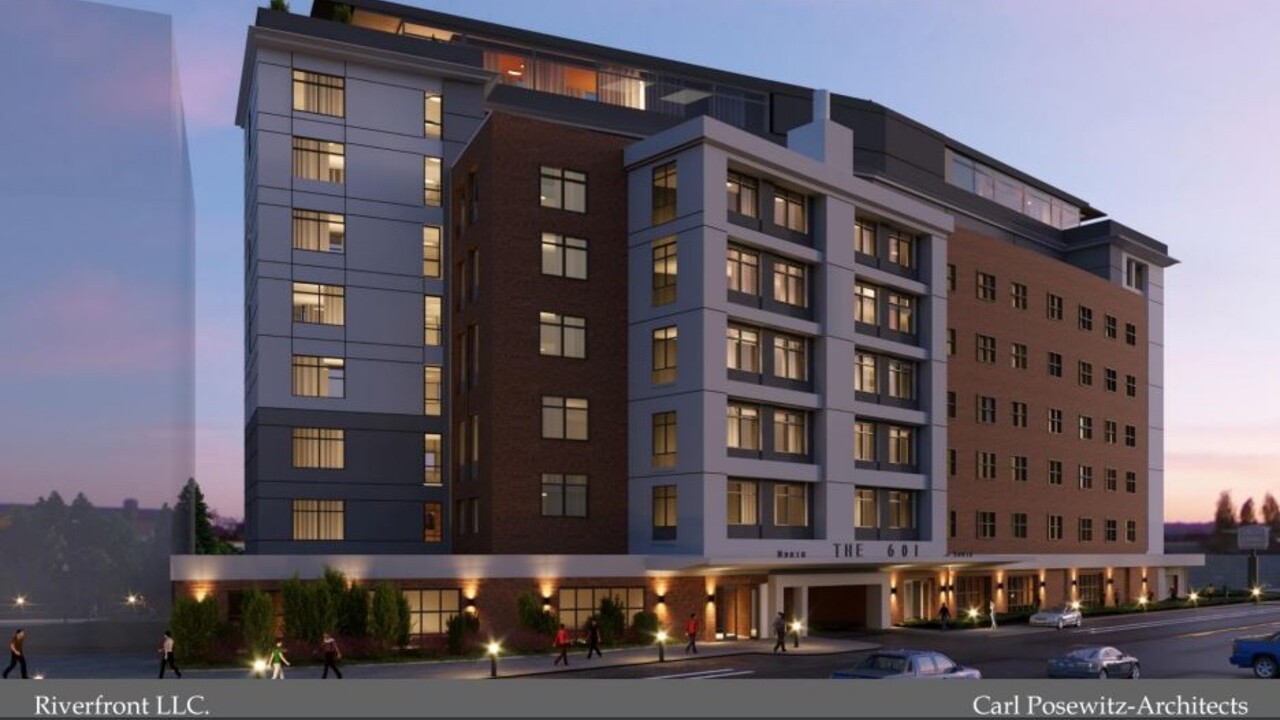 Wise Enterprise Group is seeking to rezone the property at 601 W. Broadway in the Riverfront Triangle to central business district, which allows for a wider variety of commercial and housing uses. Plans for the site remain preliminary.

MISSOULA — The last remaining parcel in the Riverfront Triangle in downtown Missoula could be the first to see development activity if the City Council approves a rezoning request next week.

Wise Enterprise Group, represented by WGM, is seeking to rezone the property at 601 W. Broadway to central business district, which allows for a wider variety of commercial and housing uses and permits taller structures.

The project will adhere to the city’s new design excellence standards and has a proposed groundbreaking set for next spring if the rezone and permits are granted. The Consolidated Planning Board has already approved the rezoning.

“The rezone is in the best interest of the city because it adheres to the downtown master plan,” said city planner Kaitlin McCafferty. “Central business district allows a wider variety of commercial uses without the prescriptive requirements of the current zone, and it provides a mix of permitted residential and non-residential uses.”

As proposed, the project will include a trail easement from West Broadway that wraps behind the proposed building and follows the Clark Fork River. The trail would connect to the Riverfront Trail, which will eventually be extended to meet future development within the Riverfront Triangle.

While plans remain tentative, the proposal will include parking below the building with access off West Broadway.

“This development, because the lot is really narrow in-depth, they’re not proposing underground parking,” said Mary McRae of Development Services. “At this point, they’re able to fit their development within that, and they have access to their parking which is essentially at grade. It won’t impact the Riverfront Triangle’s opportunity for development on their property.”

The Riverfront Triangle represents a collection of parcels west of Orange Street and south of West Broadway. The vacant lots have been eyed for redevelopment by a number of groups, though plans are currently on hold due to the economic slowdown related to the pandemic.

The developer behind a proposed hotel and events center for one of the Riverfront parcels called that project off last month due to economic circumstances.

The project planned for 601 W. Broadway would be the first to break ground within the district. While plans are preliminary, the presentation package prepared by WGM suggests a multi-story building with a blend of retail and housing.

The development team was not afforded an opportunity to present its project on Wednesday and calls to WGM weren’t immediately returned. The City Council will consider the rezone next week.

City planners said the project would blend with surrounding uses, including Providence St. Patrick Hospital, which sits across the street and is planning an expansion. The central business district that is downtown Missoula sits just to the east.

“The site has been vacant for years,” the development team noted in its package. “The area is in transition with development plans for the Riverfront Triangle and the expansion of Providence. The existing zoning is outdated for the community vision for the area.”