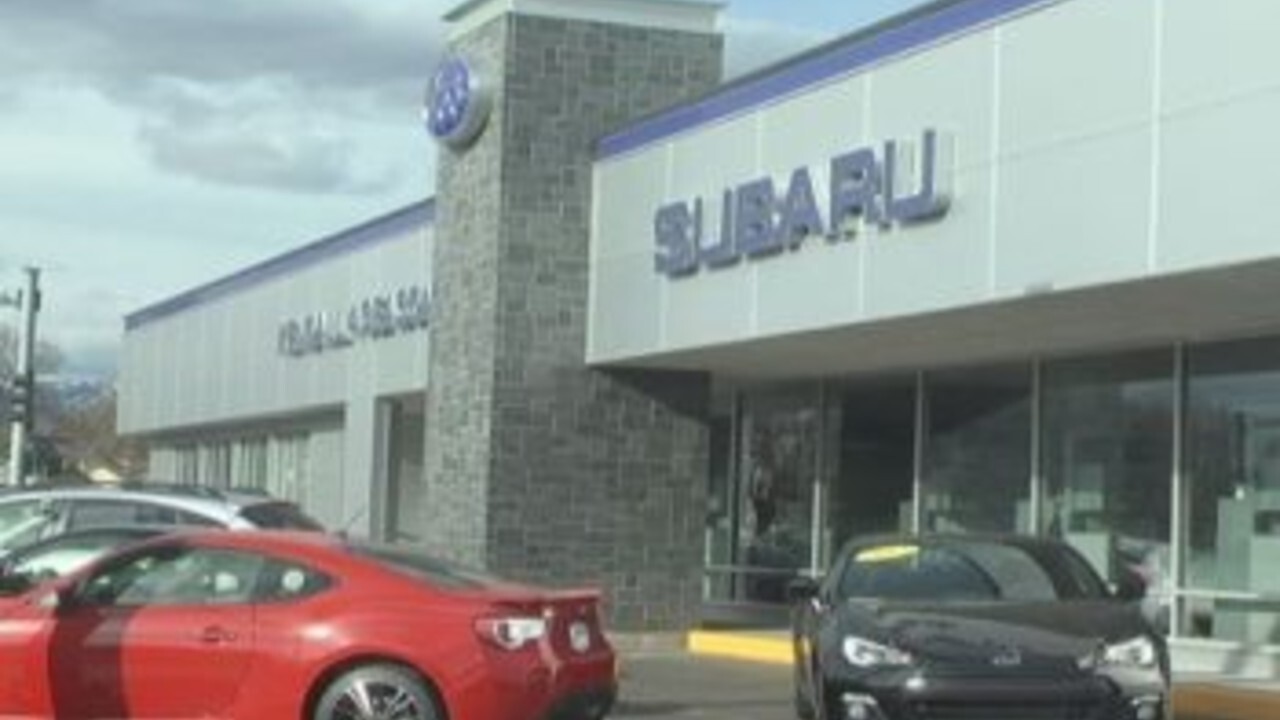 MISSOULA — Missoula Subaru will build a new dealership at the Missoula Development Park west of the city.

The dealership has been at its 1600 Stephens Avenue location for the past six years under the same ownership.

At Wednesday night’s Design Review Board meeting, Springer asked the city for a 40-foot-tall sign – or at least one taller than his new commercial neighbor Lithia Chrysler Jeep Dodge Ram’s 22-foot-tall sign, the maximum allowed by Missoula’s commercial zoning regulations.

Lithia is located at 5001 Grizzly Court, part of the growing industrial park. Missoula Subaru will be located at 5175 Expressway.

“Our franchise requires the signs in that fashion,” Springer initially said about the 40-foot request. “If not, we’ll move to Ravalli County.”

He expressed worry that any sign shorter than 40 feet tall would suffer less exposure to passersby than competitor Lithia. He also said cars sitting on the Subaru lot could potentially block a shorter Subaru sign, which he wants visible from Interstate 90.

Design Review Board member Jacque Walawander said the board should have compromised on a height somewhere between 22 and 40 feet. She and Ryan Smith voted against the 22-foot adherence eventually required by the other four board members.

Those members were concerned about potential similar requests from businesses requesting taller signs.

“It’s important to not set a precedent,” said board member Kyle Gauthier.

Under the compromise, the city will allow an additional 9 square feet on the standard 122-square-foot ground sign.

Lithia, for example, sports several wall signs on its building.

“I appreciate the rules,” said Springer. “There are lots of empty lots, but your rules are generic and don’t fit.”

Eventually, however, Springer relented and said, “It doesn’t have to be 40 feet.” He did request flexibility from the board on the issue.

In a letter to the board prompting the vote, Springer said: “It is imperative to our business that customers find us quickly and easily,” and that visibility from nearby Interstate 90 is crucial. A smaller sign would be lost in the wide open spaces of the industrial park, too, he added.

The city maintains that an additional 18 feet in height on such a pole “would be significantly out of character with the area and have a negative impact on surrounding properties.”

Asked if the board’s vote on the sign size request will suffice, Springer added afterward:

“It has to. That was the final say. Time will tell. We’re looking forward to a new facility than the one we are in right now and to serving our customers better.”