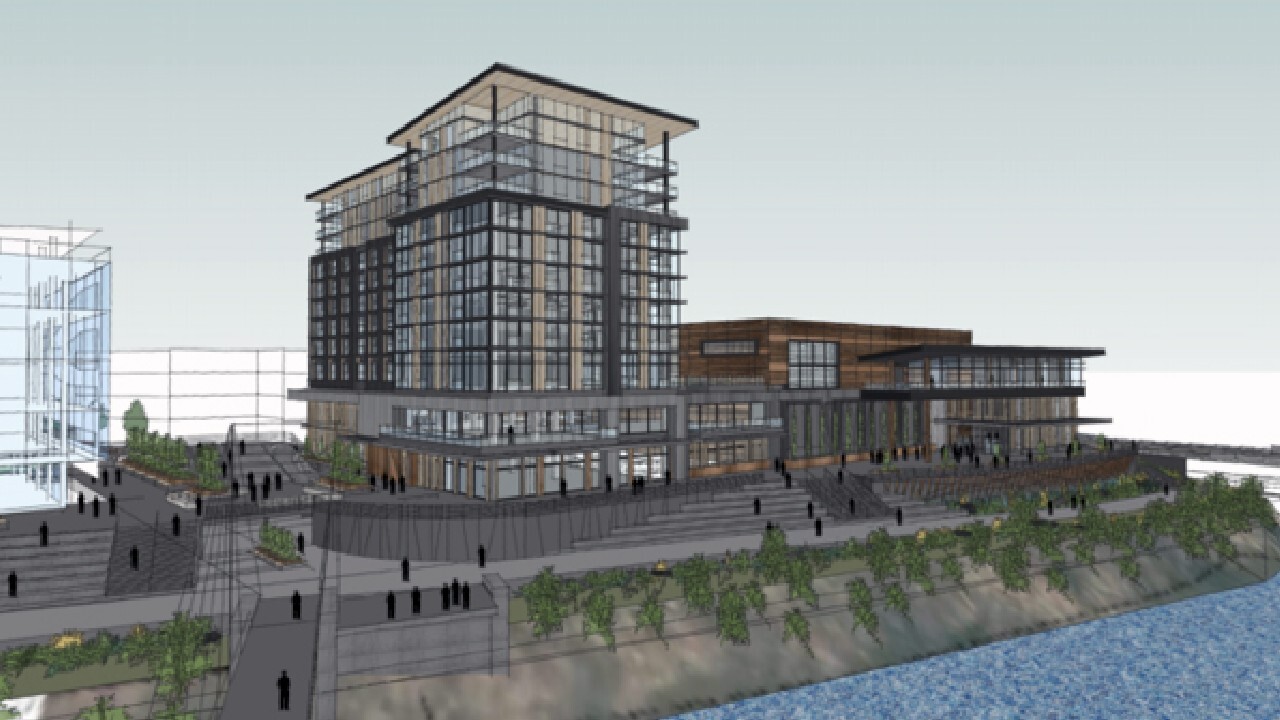 MISSOULA — Board members of the Missoula Redevelopment Agency sought an update on plans to construct a hotel and events center on city-owned property in the downtown district during their recent monthly meeting.

The project was slated to begin construction this year, though the pandemic has delayed the proposal. Whether that delay is temporary or permanent remains a question MRA staff members couldn’t answer.

“(The developer’s) interest in building that hotel was predicated on building the performance venue,” said MRA Director Ellen Buchanan. “I don’t think there’s anybody out there that can tell you what’s going to happen in that world any time soon.”

It also included an events center capable of accommodating up to 5,000 concert goers. A study placed the economic impacts of a Missoula conference center at more than $14 million a year, though Checota said the event space would do even better based on its potential to draw visitors from a wide area and do so on a regular basis.

But the lodging and entertainment industry have been hard hit by the pandemic and the project’s future remains in question. Efforts to reach the developer regarding the project have been unsuccessful.

“He’s more open than he was a month ago, but he’s still trying to figure things out,” said Chris Behan, the assistant MRA director. “There will be a time when he needs to make some decisions on whether we should extend that November deadline.”

Last May, the city approved a 12-month extension to its original development agreement with Hotel Fox Partners, which owned the property before transferring the development rights to Clark Fork Riverfront Properties.

“I think our greatest avenue of support is to give that development group time for things to stabilize and be patient with them as they process through the ramifications of this and be optimistic,” said MRA Commissioner Tasha Jones.

“Our support is still there,” added Commissioner Melanie Brock. “I look forward to an update when the time is right.”

The other half of the redevelopment project is still being handled by members of Riverfront Triangle Partners, which plans to develop housing, retail and office space across five acres of the downtown block.

Jim McLeod with the Farran Group and a member of the development team told the Missoula Current on March 31 that its portion of the project was still alive but on pause.

“We’re still enthusiastic about it, but given the current situation, I think everyone has hit the pause button to see how this all plays out,” said McLeod. “That’s what we’re trying to figure out, where the market is going to be, not next week but where it’s going to be in six months or twelve months, and nobody has those answers right now.”