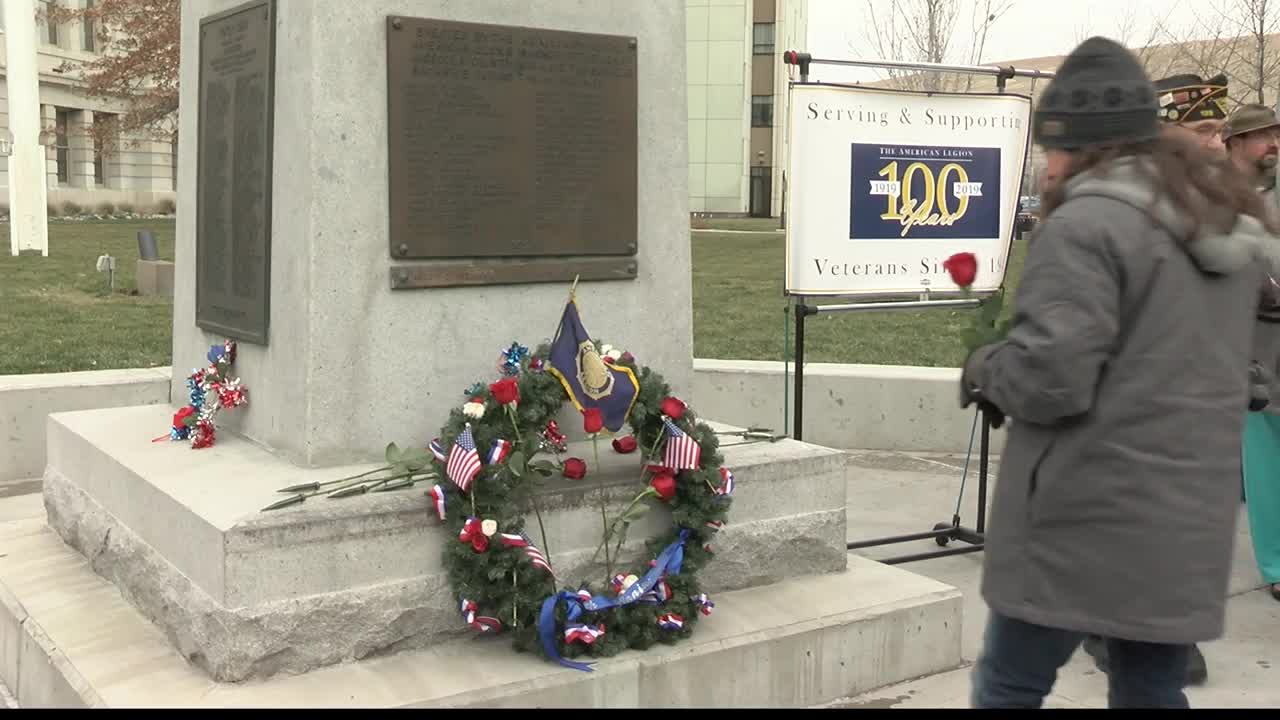 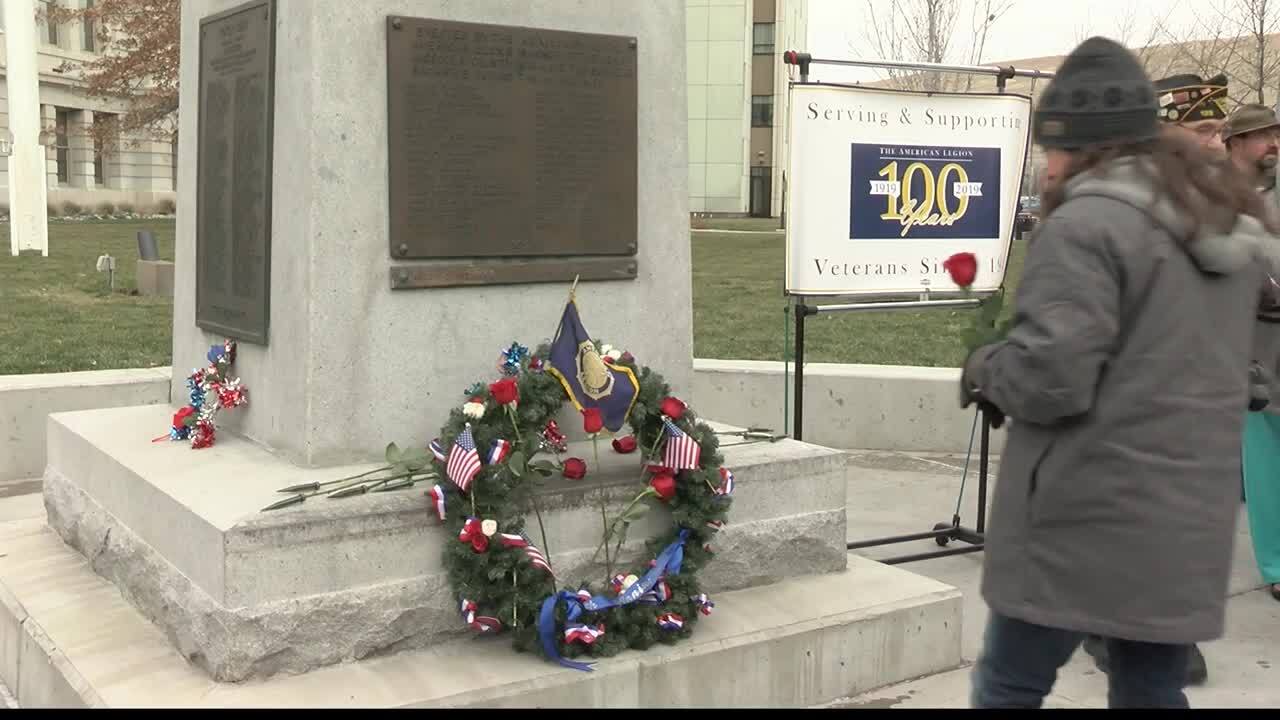 MISSOULA — The Doughboy Statue outside the Missoula County Courthouse is a Veterans Day destination every year, and this year they honored a local Montanan who lost his life during World War I.

Despite the cold weather the event still had quite the turnout to honor John Shaunessy who died while serving his country in northern Russia during the war.

American Legion Post 27 put together the event for the second year in a row. They took over for American legion Post 101 who lost their lead organizer Dan Gallagher a year ago.

John Angwin with Post 27 says that they are just happy to carry on the tradition and also see the county show so much effort in to taking care of the statue.

“The big thing was last year was the 100th anniversary of Armistice Day and the county had helped and refurbished the Doughboy Statue so we wanted to have something good there and [Post] 101 wasn’t feeling up to doing something, so we ended up picking that up.”

Angwin says they are extremely thankful for the large turnout despite the cold weather.