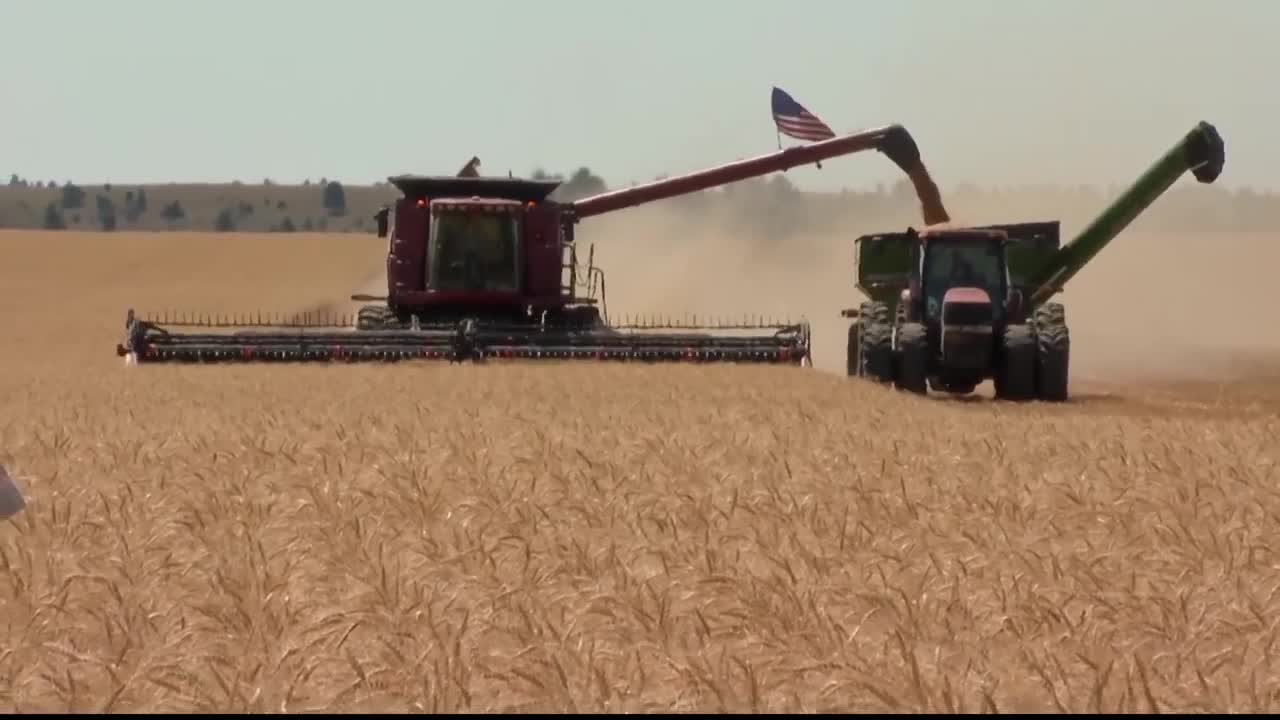 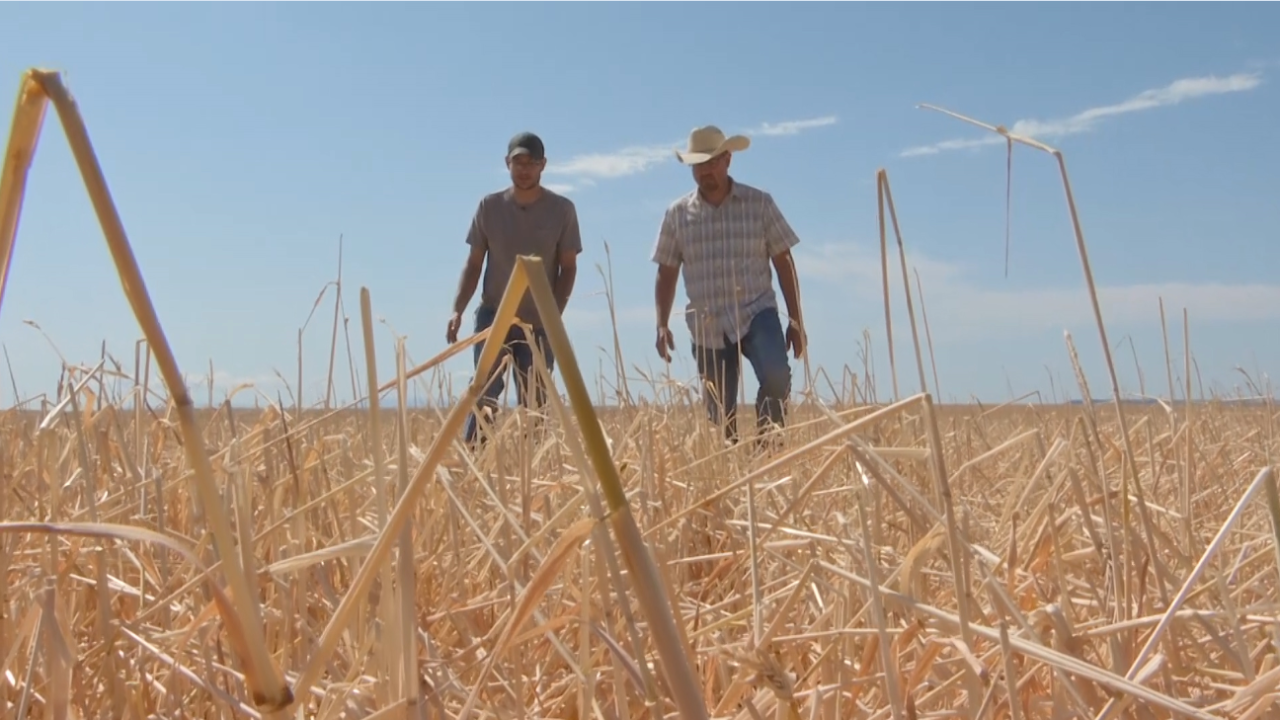 MOLT- Harvest is usually an exciting time for Montana farmers as they get to reap the rewards of an entire year’s worth of work. But, a recent hailstorm in south central Montana has put a dent in this year’s harvest and farmer’s pocketbooks.

“This was going to be a phenomenal barley crop,” said William Downs, a farmer near Molt. “Unfortunately, we had no estimates yet and we hadn’t cut any barley to actually know what the yield was going to be on this field. But if it compared to the wheat, it was going to be above average.”

Like other farmers in south-central Montana, hopes for a successful harvest at the Downs Farm were instead replaced with disbelief as a late summer thunderstorm on Sunday loaded with baseball-sized hail destroyed one-third of their barley and wheat crops.

“We were looking forward to this harvest,” said Downs. “We've had above average rainfall and had good potential for good yields this year. We actually started harvest a couple days ago. So, we did get a little bit in the barn before this storm came through. Yields were beyond average and beyond a bumper crop actually. So, it was disappointing to have this storm come through, because it's a big loss for us.”

He says it’s a hopeless feeling watching an entire year’s worth of work destroyed in a matter of minutes.

“We have a lot of time and sweat equity invested in this crop from seeding it, to spraying it, to fertilizing it and inspecting it throughout the season,” said Downs. “We spent a lot of time on it. It's pretty much like having a job and working every day and finding out you're not going get a paycheck at the end of the year.”

As they assess the damage, a lot of this year’s income lays shattered in the soil.

“We ran some rough math, but we’re looking at approximately $400,000 laying on the ground right now,” said Downs.

He says examples like this of Mother Nature’s unpredictability is why farmers need crop insurance to stay in business to raise crops that provide food to consumers both here at home and around the world.

“We don't always use it,” said Downs. “We rarely use crop insurance. But when we need it, it's years like this.”

Despite their recent crop losses, the Downs family is harvesting the remaining wheat crop and is already making plans for next year.

Anatomy of the hail storm that struck Billings