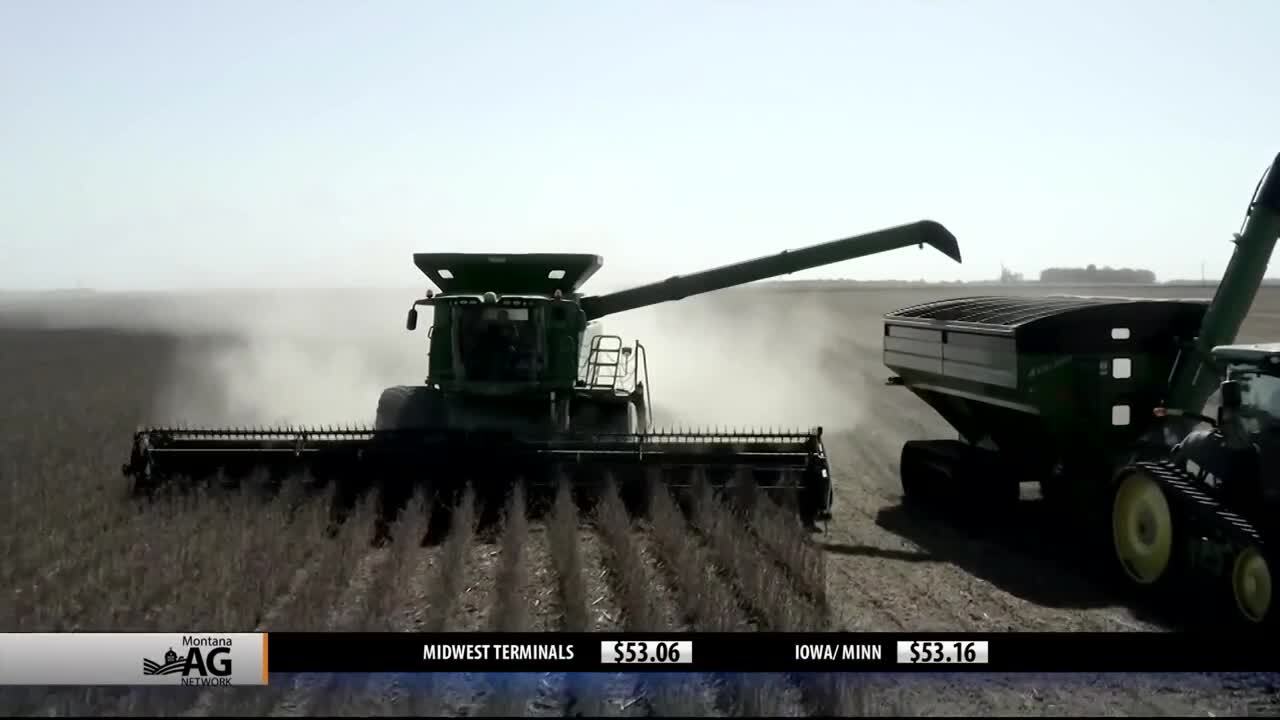 #1 The March World Agricultural Supply and Demand Estimates (WASDE) report Held Few Surprises With Little Reaction. As expected, had zero changes in U.S. ending stocks, while world numbers provided little market-moving news. There was, as expected, no change in U.S. wheat ending stocks. World ending stocks of wheat fell modestly by 800,000 mt to a still record-large 287.14 mmt or 10.55 bb. The projected season-average farm price is also unchanged at $4.55 per bushel for wheat. Perhaps the most notable changes were a 1 million metric ton (mmt) increase in both Argentine and Brazilian soybean production, further extending the recent era of plentiful world grain and soybean stocks. Finally, The season-average corn price received by producers was lowered five cents to $3.80 per bushel based on observed prices to date.

#2 The Department of Agriculture Tuesday said there’s progress in the implementation of the U.S.-China Phase One Economic and Trade Agreement. Agriculture Secretary Sonny Perdue says China has taken several additional actions to reach its agriculture-related commitments. The actions include the signing of a protocol that allows the importation of fresh California nectarines, and the lifting of a ban on imports of U.S. beef and beef products from animals over 30 months of age. Additionally, China has updated its lists of facilities approved for exporting dairy, infant formula, seafood, and fish oil and fish meal. Also, China’s new tariff exclusion process went into effect on March 2 and importers can now apply for exclusions from retaliatory tariffs. Perdue says USDA will continue to closely monitor China’s implementation of the agreement that was signed February 14, 2020. There has been talk of letting the timeline of the phase one trade deal be more flexible with the outbreak of the Coronavirus.

#3 Following a record-breaking performance in 2019, U.S. pork exports maintained a torrid pace in January, while beef exports were also higher year-over-year. The U.S. Meat Export Federation says, beef exports posted more modest growth in January, increasing 2.5 percent from a year ago in volume at 107,374 metric tons and five percent in value at $672.7 million. Exports accounted for 13.1 percent of total beef production, down slightly from a year ago. January pork exports cooled slightly from the volume and value records established in December 2019, but still far exceeded year-ago levels. Both the January export volume was up 36 percent year-over-year, and export value at $738.7 million, up 50 percent, were the second-highest on record. The release of the January export data comes as coronavirus is dominating news headlines, including those related to global trade. USMEF President and CEO Dan Halstrom said the virus has had an impact on red meat exports, which will likely be more evident in February and March data.

#4 Despite volatile and uncertain markets, interest appears to be growing in farmland purchases. Farmers National Company reports a small increase in land buying interest from individual investors. The recent Market Facilitation Program, low interest rates and the idea of farmland as a long-term asset appear to support farmland prices. Further, with the stock market volatile and low CD rates, investors are more willing to look for alternatives to invest in, including farmland. Investment funds, for the most part, are remaining active in the land market. Meanwhile, farmers continue to be interested in buying land as there is a bit of optimism among producers for a better year than the last. Farmers National agents have seen stronger than expected prices being paid for cropland. Despite the short-term uncertainties swirling around agriculture, land is seen as the solid long-term asset that both farmers and investors are interested in owning.