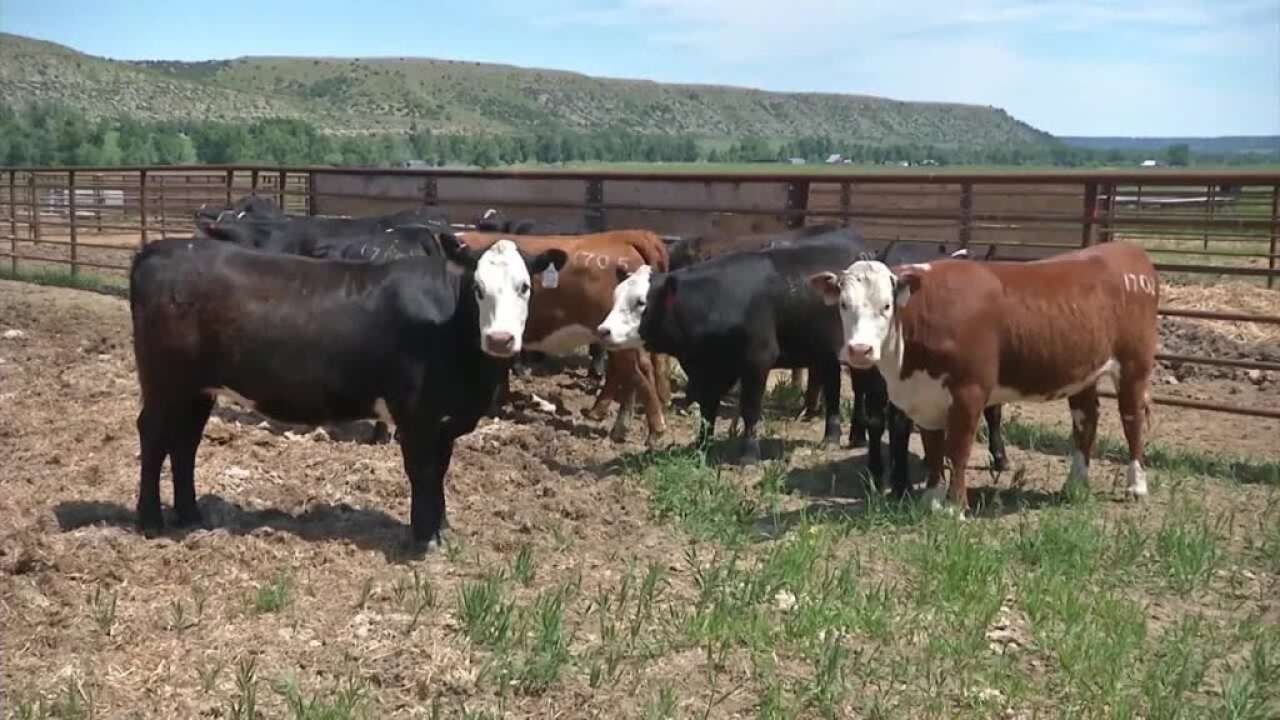 #1 Pork and Beef processing facilities continue to announce suspensions. Monday, one of the largest beef plants in the country, the JBS facility in Greeley, CO, will suspend beef operations until at least April 24th. Reports say at least 50 workers at the plant tested positive for COVID-19 with two reported deaths. Pressure to suspend operations came from both the Governor of Colorado Jared Polis and Vice President Mike Pence.

Cargill, National Beef, Smithfield and Tyson are among just some of the largest packers that have also each faced closing at least one pork or beef operation because of high volumes of coronavirus cases among the workforce.

It will no doubt have an impact on producers and consumers. USDA reports that over the last two weeks total red meat production under federal inspection was down over 16%.

#2 Looking to our weekly USDA crop progress report, producers Report that in Pondera and Valley counties recent storms will continue to limit planting and livestock grazing for at least another week.

Just 3% of barley and 2% of spring wheat is in the ground. Winter wheat was reported with 49 percent of the crop breaking dormancy, ahead of the previous year at 41 percent but behind the 5-year average of 60 percent.

Winter wheat conditions were rated as 54 percent good to excellent compared to 82 percent this time last year. Sugar beets are at 1% planted.

#3 As for livestock, USDA report that in Montana, grazing accessibility declined from the previous week, with an estimated 45 percent of pastures open, compared to 55 percent the previous week. Calving and lambing continues to make progress, with 49 percent of cows calved and 46 percent of ewes lambed.

#4 The Food and Agriculture Policy Research Institute at the University of Missouri released a report titled, Early Estimates of the Impacts of COVID-19 on U.S. Agricultural Commodity Markets.

For livestock, the 2020 average price for five-area steers is projected to see a $14.04 cwt decline to $108.06 cwt. Looking to 2021 changes to cattle prices could just be moderate under an assumed economic rebound.

#5 To raise awareness about the hazards in the grain handling industry ‒ including potentially deadly engulfment ‒ the U.S. Department of Labor’s OSHA is joining with industry leaders and safety professionals nationwide for the Stand Up4 Grain Safety Week. The Montana Farm Bureau is also participating in the event.

All week, farmers will be brining awareness to fellow producers and consumers about grain bin safety. From 1964 to 2019, Perdue University reports that 1,276 grain bin and enclosed space fatalities have occurred. The Grain Handling Safety Coalition (GHSC) has scheduled a series of webinars to promote virtual participation and education. Visit grainsafety.org for more.