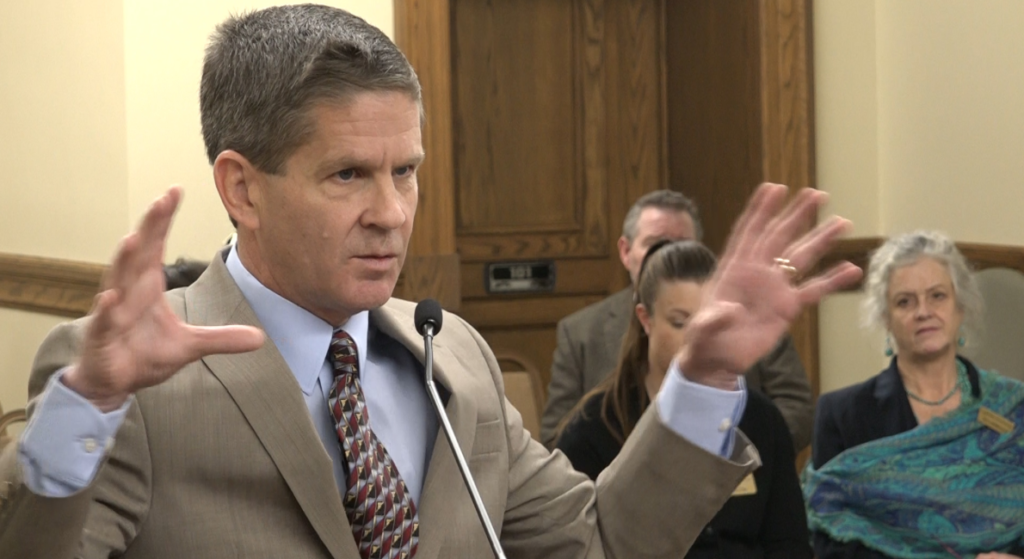 HELENA — It’s been a month since Gov. Steve Bullock vetoed and appeared to kill a bill that redefines “wild bison” in Montana, saying the bill’s language would threaten bison hunts and create “an unacceptable level of confusion around bison management.”

But on Wednesday, Secretary of State Corey Stapleton asserted that Bullock’s veto is invalid, because of a missed deadline, and that the bill has become law.

The governor’s office, however, disagreed — and said the only person who’s confused about the veto is Stapleton.

“The law is clear on our side,” said the governor’s press secretary, Marissa Perry. “The governor vetoed the bill.”

What’s not clear is how the dispute may be resolved, with both sides insisting their respective legal interpretation is correct.

The bill in question is House Bill 132, sponsored by Rep. Kenneth Holmlund, R-Miles City. It added some language to the current definition of wild bison from an animal “not reduced to captivity and not owned by a person” to “never been owned by a person” and “never subject” to a per-capita livestock fee.

It passed the House and Senate on largely party-line votes, with Republicans in favor, and hit Bullock’s desk on April 25. Four days later, he vetoed it, essentially killing it, because the Legislature was no longer in session and could not vote to override the veto.

Among other things, Bullock, a Democrat, said the definition in HB132 could reclassify some wild bison as domestic and thus jeopardize state and tribal treaty hunting for bison.

Bullock then returned the vetoed bill to House staff and the veto was posted on the legislative website.

But the law also requires that vetoed bills be transmitted to the secretary of state. Stapleton said his office didn’t formally receive the bill until last Wednesday, which is well past a 10-day deadline for the governor acting on the bill.

Bullock’s office said Stapleton is misinterpreting the law, which says the governor must act on a bill within 10 days — and that Bullock clearly did that.

The law that says a vetoed bill must be “returned” to the secretary of state has no timeline or deadline, and the 10-day deadline applies only to bills that haven’t been vetoed, it said.

“There is no deadline for this delivery following a governor’s action,” his office wrote Wednesday. “The governor delivered the bill.”