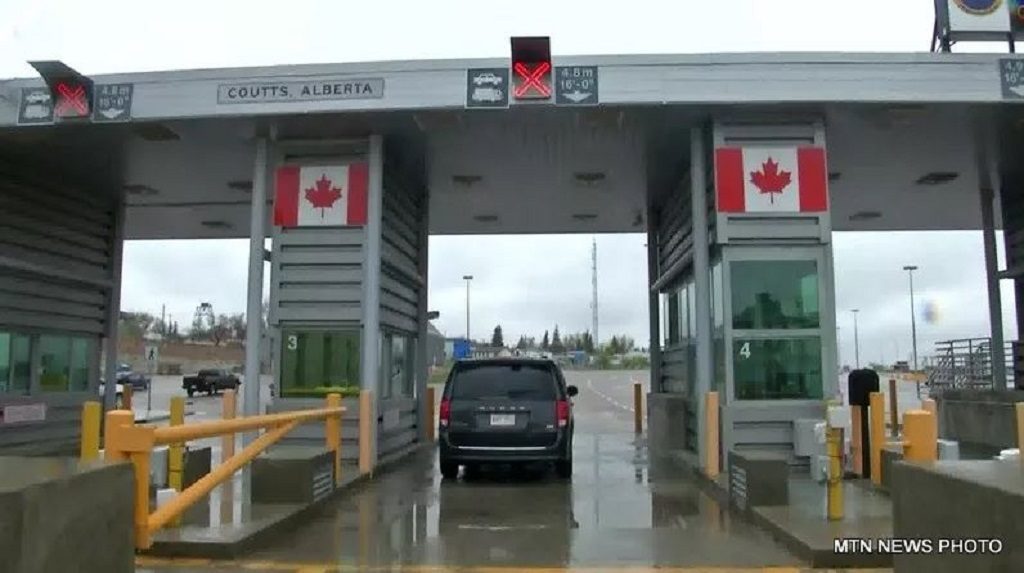 CBP said in a press release on Monday that most recently, two United States citizens entering the United States through the Sweetgrass Port of Entry admitted having possession of a marijuana pipe. They also admitted buying marijuana in Canada.

CBP officers discovered hash oil during a search of their vehicle along with other declared items. The marijuana, hash oil, and pipe were seized and the two people were arrested. They were subsequently turned over to the Toole County Sheriff’s Office for prosecution.

CBP says that although medical and recreational marijuana may be legal in some U.S. states and in Canada, the sale, possession, production, and distribution of marijuana, or the facilitation of these activities remain illegal under U.S. Federal Law.

Crossing the border or arriving at a U.S. port of entry in violation of this law may result in denied admission, seizure, fines, and/or arrest.

Requirements for international travelers wishing to enter the United States are governed by and conducted in accordance with U.S. Federal Law, which supersedes state laws.

The CBP said in the press release that their officers are thoroughly trained in matters of admissibility and the Immigration and Nationality Act, which broadly governs the admissibility of travelers into the United States.

The CBP said that generally, any arriving alien who is determined to be a drug abuser or addict, or who is convicted of, admits having committed, or admits committing, acts which constitute the essential elements of a violation of (or an attempt or conspiracy to violate) any law or regulation of a State, the United States, or a foreign country relating to a controlled substance, is inadmissible to the United States.

“Our highly trained CBP officers are our great nation’s first line of defense.  They continually work to detect and prevent the illegal importation of narcotics, including marijuana.  This mission remains unchanged.  CBP is proud to work together with our state and local law enforcement partners to enforce our nation’s laws,” said Sweetgrass Area Port Director Daniel Escobedo.