HELENA – A woman is cautioning others to be wary of animal traps after her dog was caught in one overnight late last month at a popular Helena Valley hiking and biking area.

Jane Madison said she was taking her two dogs for a hike on the John G. Mine trail on Nov. 28 when her dog Maria went missing about a mile from the trailhead.

Madison had her dogs off-leash in the Bureau of Land Management public use area and initially thought Maria, a terrier mix, may have run back to the car.

“She does that sometimes,” said Madison. “But when we got to the car she wasn’t there, and it was getting dark. So my other dog and I went back looking the last place we saw her. We actually passed her, but she’s a black dog and she doesn’t bark.”

After several attempts with multiple people looking, the terrier mix was eventually found the next day, caught in a coiled spring leg hold trap on a trail.

“I initially panicked because I never opened a trap before,” said Madison, “Luckily I had my phone and was able to Google it.”

Montana Fish Wildlife and Parks (FWP) officials say trapping is legal in the area, but the traps were illegally placed on the trail and no ID was on the trap indicating the owner. 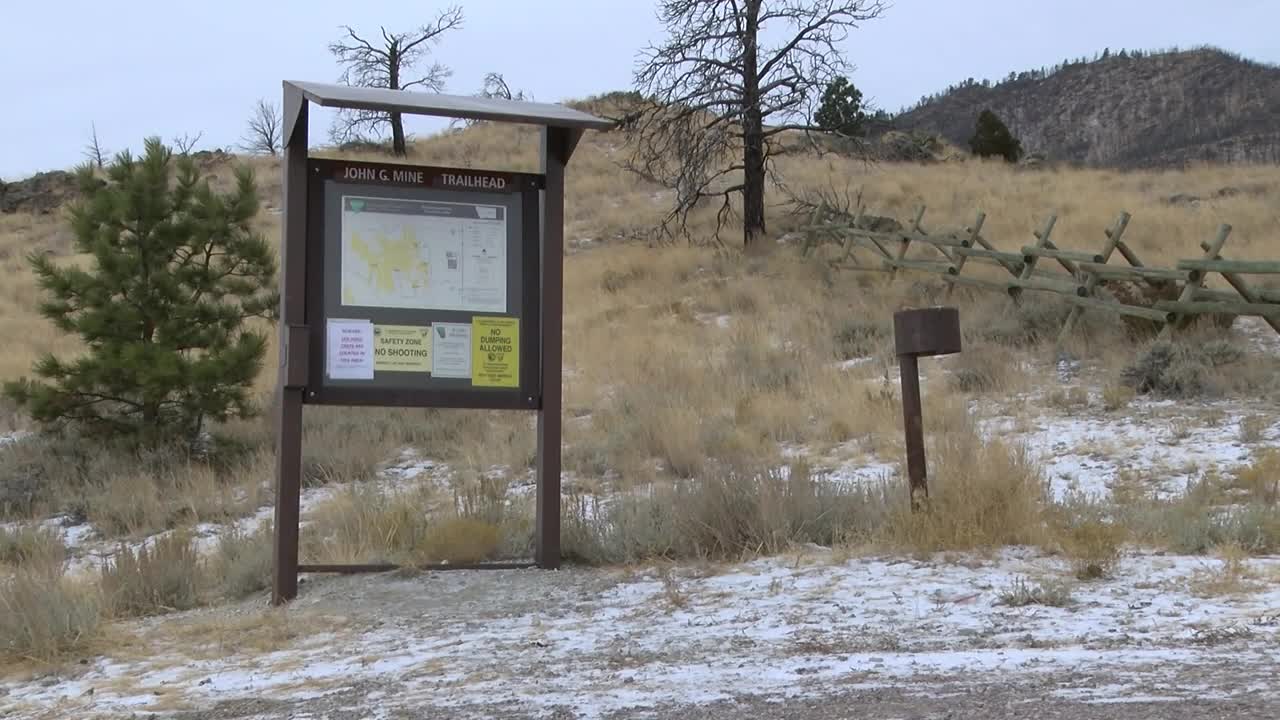 Montana trapping regulation require metal tags to be fastened to all traps and snares that bear the name and address of the trapper or a personal identification number.

Ground sets and snares also require a 1,000-foot setback from campgrounds and recreation sites, 50 feet from open roads and hiking trails designated by administrative signs or numbers, and 300 feet from trailheads.

The first thing Madison did after getting Maria free was to take her to a veterinarian to get checked out. Maria broke three teeth trying to chew through the steel trap and needed stitches for her cuts to her leg.

The vet believes Maria will make a full recovery but is pretty shaken but by the whole ordeal.

Madison said she was thrilled to find Maria but also angry given how many people and dogs she sees regularly on the trail.

“It was really terrifying the whole experience. I never even thought about traps up there just because it’s so used and it was so close to the trailhead and we were only a mile from the trailhead,” said Madison.

FWP removed the trap and an additional snare trap that was found nearby.

If anyone has any information about the traps in the area or would like to report any other hunting violation the are encouraged contact 1-800-TIP-MONT (1-800-847-6668).

FWP would like to remind people on public lands that it is unlawful to disturb a trap and if someone thinks a trap may be illegally set to contact FWP. Hikers should also be aware that legal trapping can be occurring on public lands from Nov. 1 to April 15 depending on the species.

The Montana furbearer and trapping regulations are available on FWP’s website.