ROUNDUP – The body of a 3-year-old boy that went missing in the Musselshell River was found by authorities late Thursday evening, according to Musselshell County Sheriff Shawn Lesnik.

Lesnik said the boy’s body was found about 2,000 feet downstream from the area where he fell in east of Roundup at the Kilby Butte Colony.

Family members told Q2 News late Thursday that the name of the boy is Bryce Hofer.

He was walking with his sister near the river late Monday morning when he slipped on the ice and fell in.

The improving weather conditions have made search efforts easier as the week has gone on, but conditions on the river are still difficult.

The river is running clear in some places, but the ice is easily six inches thick in others, as evidenced by the slabs of ice piled up on the shore that crews have removed from the search area.

On Wednesday night, the sheriff’s office issued a call for the donation of adult-sized lifejackets to outfit all the workers operating on the unstable river surface.e.

The colony is keeping this matter fairly private during these trying times and information surrounding the incident is scarce.

Michael Thomas, Musselshell County’s outgoing sheriff, said that the community is thankful for the support, but that this has been a very difficult time.

Lesnik asked that the community keep the family in their thoughts and prayers. 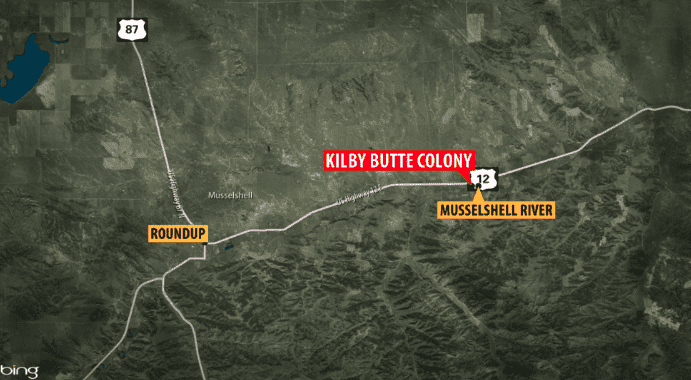