Emergency crews are responding to the scene of a crash and fire just east of Great Falls.

According to the Montana Department of Transportation, a snow plow was rear-ended near mile marker 87, or at the Stockett/Highwood turnoff, on Highway 89 around 2:45 p.m.

The crash caused a semi with hay to start on fire. MDT has reported the road is closed. Drivers are advised to avoid the area. 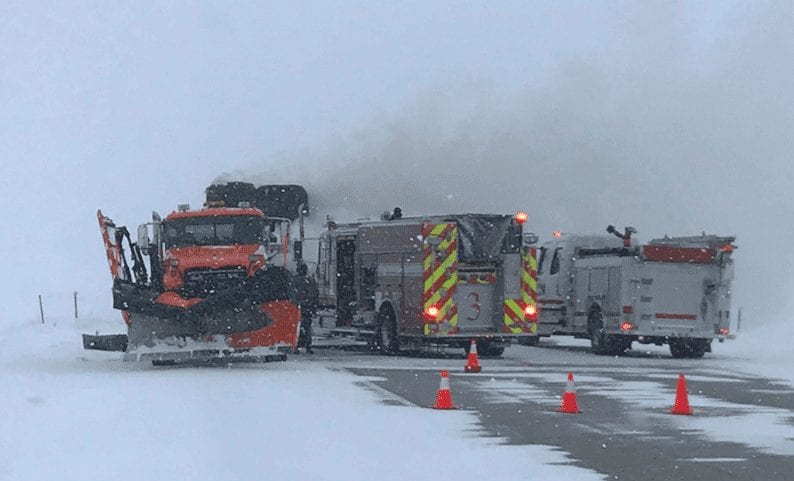