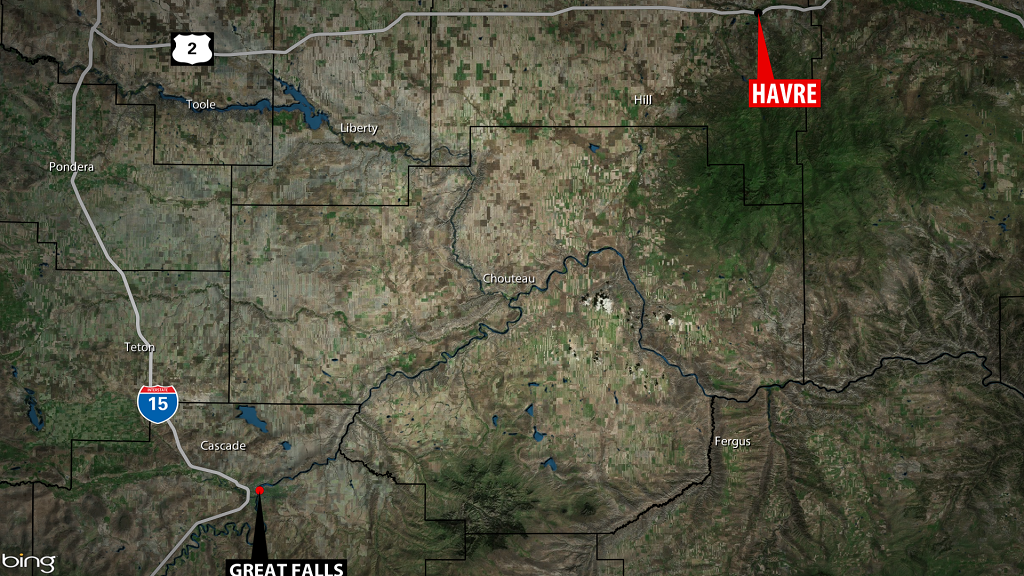 According to Montana Highway Patrol, Havre Police were chasing a stolen vehicle at 4:14 a.m. when it collided with another car.

The crash happened as the driver of the stolen vehicle was heading west at the intersection of 1st Street and 14th Avenue in Havre and hit an eastbound vehicle.

The driver of the stolen car was pronounced dead at the scene while the driver and passenger of the second vehicle were injured.

Both were transported to Northern Montana Hospital.

MHP says road conditions were wet at the time of the crash. Speed was a factor and drugs and alcohol have not been ruled out.