Flood warnings and road closures in place for north-central Montana 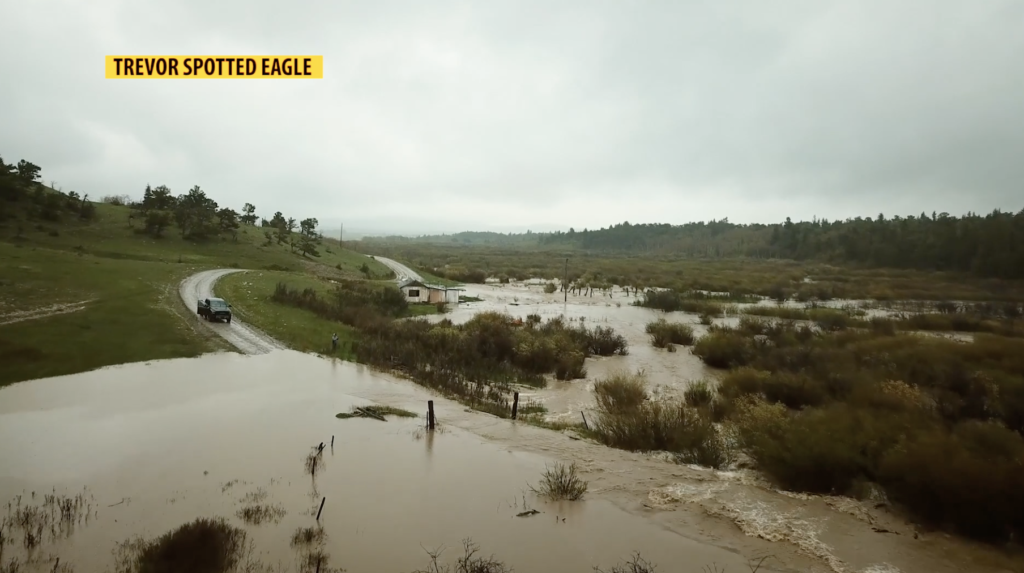 Flood warnings remain in place across portions of Glacier, Toole, Teton, Pondera, Lewis and Clark, and Cascade counties until further notice for both overland and river flooding.

The National Weather Service reported that up to three inches of rain has fallen over areas west of Interstate 15 with some isolated reports close to five inches.

Snowmelt runoff has also added to the rainfall and several small rivers, including the Two Medicine River and Badger Creek near Browning and the Teton River west of Choteau, have risen above flood stage.

The Dearborn River has risen above flood stage and will continue to rise to near moderate flood stage by early Monday. The Sun River, and numerous other creeks, are also rising quickly.

The Marias River near Shelby is now expected to reach minor flood stage early this week. Delayed rises in rivers, creeks, and streams are still possible today and perhaps into Tuesday.

In Glacier County, Montana Highway 49 between Kiowa and East Glacier is closed due to rock slides while water on US Highway 2 three miles west of East Glacier has authorities urging caution.

The Blackfeet Tribe declared a flood disaster Sunday evening and is now operating an Incident Command Center. You can call the center at 338-2938. A Red Cross emergency shelter is also set up at the Methodist Church’s annex at 237 1st Ave. NW in Browning.

Flooding in Augusta has closed sections of two highways in the area.

U.S. Highway 287 is closed from Augusta to about a half mile south of town at mile marker 38 due to flooding. Montana Highway 21 also has water on the roadway, which caused a closure from Augusta to three miles east of town.