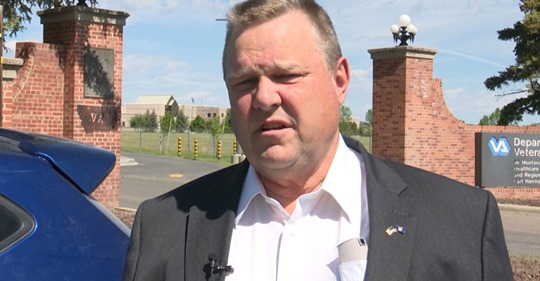 “It’s the biggest change in VA health care in a generation,” he said of the VA Mission Act, which was passed by Congress a year ago and took effect Thursday. “If it’s implemented correctly … I think this could be a real win for the veterans in the country and give them the ability to get more timely health care, better-quality health care and build the capacity within the VA, too.”

The law’s most significant change is making it easier for veterans to see private physicians and other health-care providers, if they have a long wait for care within the VA system.

If a veteran’s wait for an in-house VA appointment is longer than 20 days, they can see an outside provider.

The law takes seven separate “community care” programs allowing vets covered by the system to see private doctors and consolidates them into one, new program.

Tester, the ranking Democrat on the Senate Veterans Affairs Committee and a co-sponsor of the bill, met Thursday at Fort Harrison with Richard Stone, the head of the VA Health Administration, and James Gfrerer, the chief technology officer for the system.

Implementation of the new program will be critical, Tester said — but that he believes the VA has done a good job educating veterans on how the new system should work.

“I think the veterans are looking forward to it, but they want something that will work,” he told reporters at a news conference at the entry gate to Fort Harrison. “They were sick of the Choice Act; it was a train wreck from the get-go. That’s why we gave the VA a year to implement this.”

The 2014 Choice Act is widely regarded as a failure, falling short of cutting down on wait times for veterans seeking care in the system.

About 47,000 Montana veterans use the VA Health System for their care and as many as 30,000 more veterans may be eligible, Tester’s office said.

Tester said keeping veterans informed and responding to complaints will be important as the new system is rolled out.

“The real important day isn’t today; it’s a year from now, when we can have this same press conference and I can tell you without reservations that it’s lived up to expectations,” he said.

The VA Mission Act also seeks to beef up the VA Health System itself, by helping recruit and retain medical personnel, and other steps.