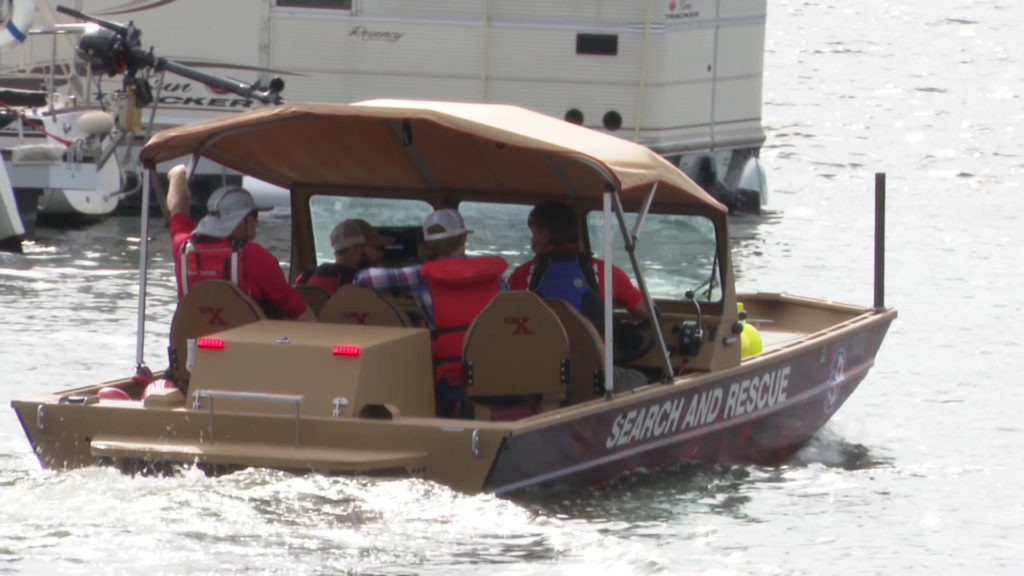 HELENA — John Mues, who survived a Canyon Ferry Lake diving accident that left another man dead during the filming of a political ad for Mues’ possible U.S. Senate run in 2020, issued a statement Thursday.

Mues, from Loma, called the accident on Monday “tragic” and said he and his wife extended “our deepest condolences” to the wife, family and friends of the man who died, 40-year-old Jesse Hubbell of Somerville, Massachusetts.

Mues also thanked the first responders to the accident and the Veterans Administration Hospital staff at Fort Harrison “for their dedication and professionalism in this circumstance and in all they do.”

Hubbell and Mues were on a boat in the north end of Canyon Ferry Lake and preparing some underwater filming for a political ad, authorities said.

Authorities said Hubbell was underwater when he suffered an equipment problem, and that Mues, a former scuba diver in the U.S. Navy, was also in the water and tried to help Hubbell.

Mues returned to the surface, was brought to shore and then taken by ambulance to the VA Hospital for treatment, authorities said.

Mues, a Democrat, had not officially announced his candidacy for the U.S. Senate, and did not say Thursday whether he planned to enter the race.

U.S. Sen. Steve Daines, R-Mont., is running for re-election in 2020. Democrat Wilmot Collins, the mayor of Helena, is already in the race to challenge Daines.