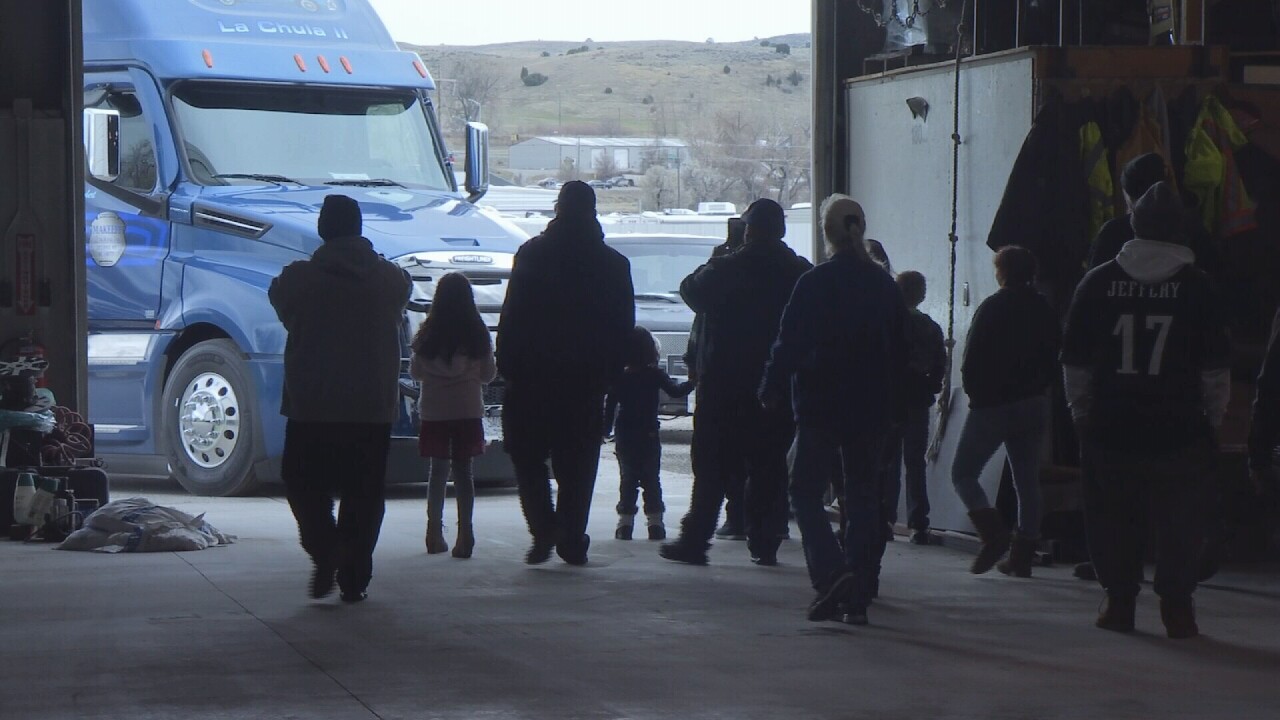 The family run company presented Robert Kline with a 2019 Cascadia Freightliner in his favorite color, blue.

He will use the Makeeff truck on his jobs that keep him away from home for weeks at a time.

It's the same color as his 1976 Pontiac Grand Prix, which has been painted on the truck.

He calls his Grand Prix “La Chula,” meaning thing of beauty and the truck is La Chula Two.

Makeeff Trucking normally uses cream white, with green stripes, a color scheme the owner Terry Makeeff and his father decided to use years ago.

Kline's 25 years and the truck illustrate the way the Makeeffs run the business.

"Terry’s a small family owned operation, so everything’s personal,” Kline said. “You’re not a number. You’re not just a guy out there holding a steering wheel for him. He cares about you. The family cares about you. So in other words, you take care of each other. I like the personal relationship we have. He’s not just my boss. He’s my buddy."

"Not only did he work for me, but we’re friends,” Makeef said about Kline. “We’re small enough, that everybody that works for us, they’re family. He’s been loyal for 25 years. Hasn’t caused me any trouble. No wrecks. One of the few.”

Kline said he will get a chance to drive the truck on a job starting on Monday.

Makeeff said he would like to do the same for the next employee to reach 25 years with the company.