Many Paws has coordinated a four-day, 30-leg trip for Zeus 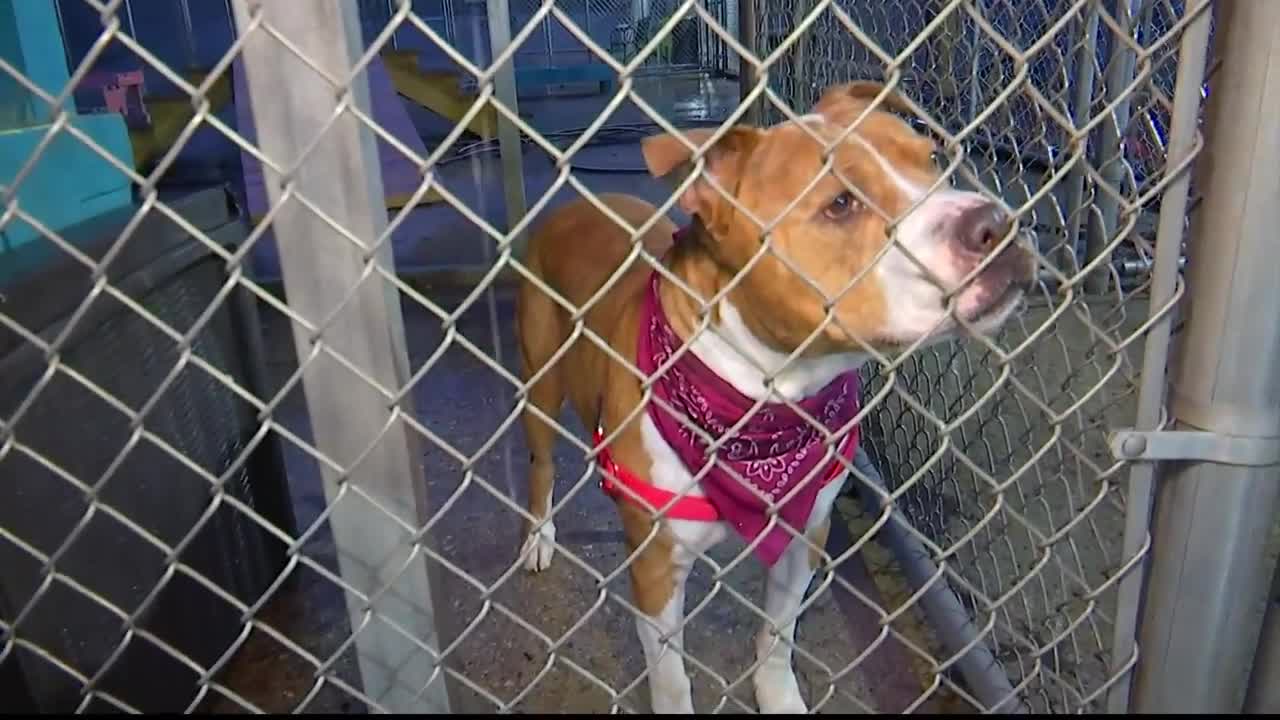 We introduced you to Zeus last week, the pit-bull mix was taken from his home in Butte, Montana, and ended up in Charleston, West Virginia. On a rainy Tuesday morning at the Kanawha Charleston Humane Association, there was a ray of light for one of its residents.

“He is excited, he is going to be happy to see his family I know that for sure,” says Julie Hypes, an animal behavioral specialist at KCHA.

Now Zeus is finally em-"barking” on his 2,000-mile journey home to his family in Butte after he was taken from them in October and found at KCHA.

Zeus will start his journey in Charleston, and Many Paws Volunteer Transport has coordinated a four-day, 30-leg trip that will require numerous volunteers to eventually get him back home to his humans Cassandra and her two little girls in time for Christmas.

“It’s wonderful, this is a great experience, a great opportunity to show the people and communities across the United States offering to help, jumping on this to help reunite this dog with its family,” said Jenn Robles, a volunteer with Many Paws Volunteer Transport, during a Skype call from her home in California.

“We are so happy for you Zeus, we are going to dearly miss you here, but we are happy to get you’ll get the best Christmas gift ever and that’s to be reunited with your family,” says Tiffany Steele, KCHA playgroup monitor.

Chelsea Staley with the Kanawha Charleston Humane Association told WOWK TV : “It seems Cassandra who is a single mom in Butte, Montana allowed a family friend to come stay with her for a bit. The ‘friend’ basically robbed her blind stole her wallet, a number of things while she was at work including her dog Zeus. The friend was apprehended in Nitro, and when he was arrested Zeus was still with him."

When the KCHA checked Zeus for a micro-chip they linked him back to Cassandra, and last Wednesday they were able to see each other via video chat

Zeus’ family is overjoyed: “Over the moon, I’m just super excited, my kids are extremely excited. ‘Mommy, when is he coming? Tomorrow?’ No, next week,” said Rasmussen.

Because Zeus is one of more than a dozen breeds that are generally prohibited from flying on commercial planes (details here and here and here ), the shelter worked out a way to have the dog driven cross-country with the help of dozens of drivers who plan to bring Zeus back to Butte and reunite him with his family.

“Thank you so much, my girls and I appreciate everything, I can’t even...I’m just overwhelmed almost. It’s just amazing the kindness of people,” said Rasmussen. Zeus is expected to be reunited with his family by December 16th.

- information from John Emeigh included in this report