'Dueling dinosaurs' fossils show Triceratops, T. rex, may have died after a battle 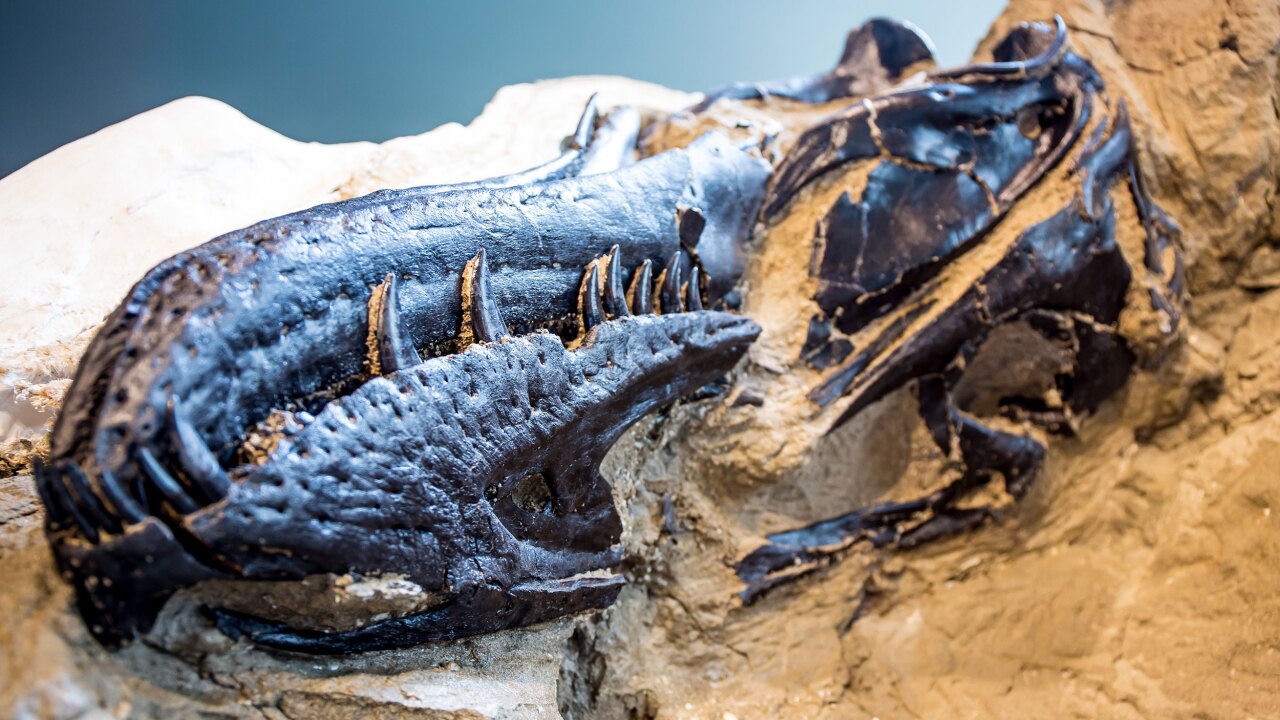 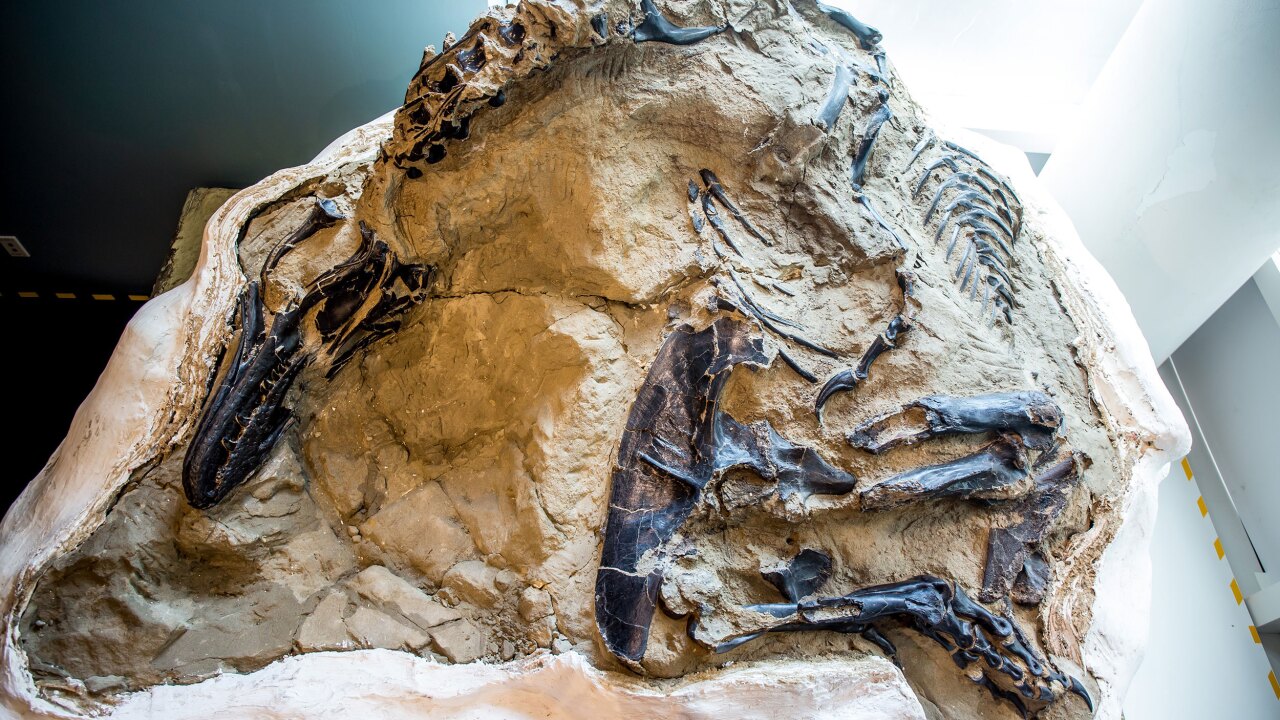 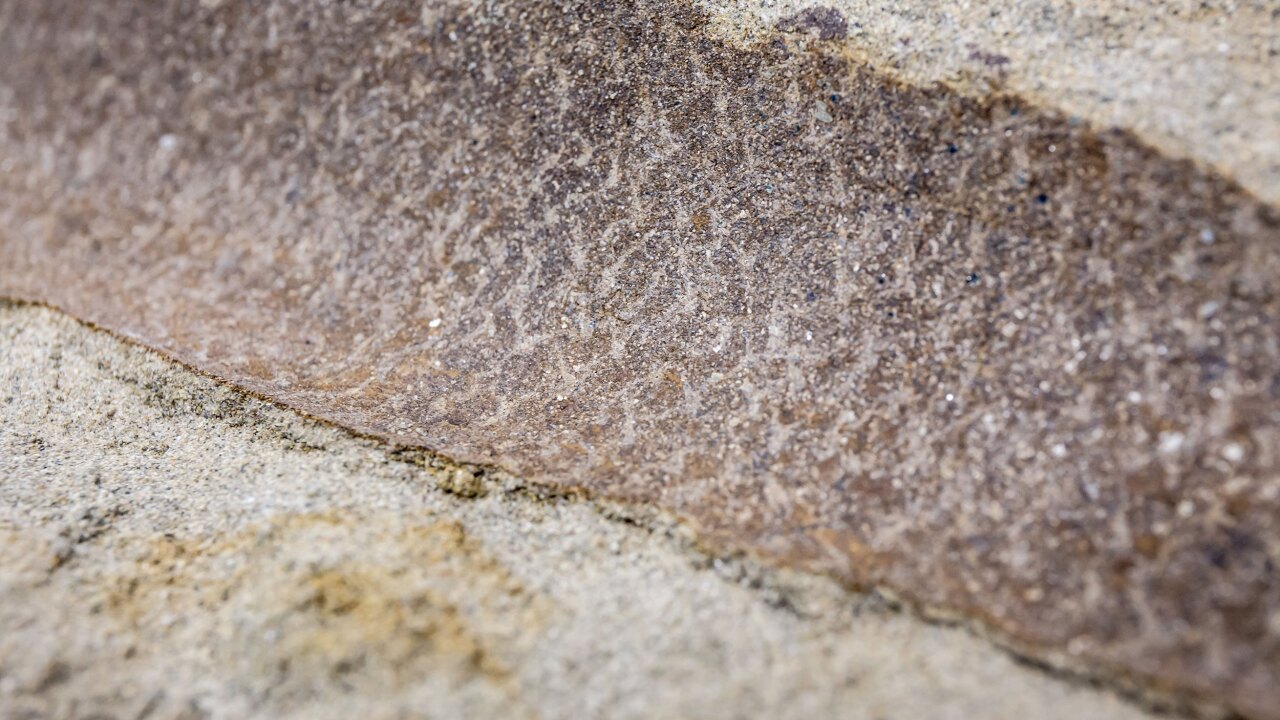 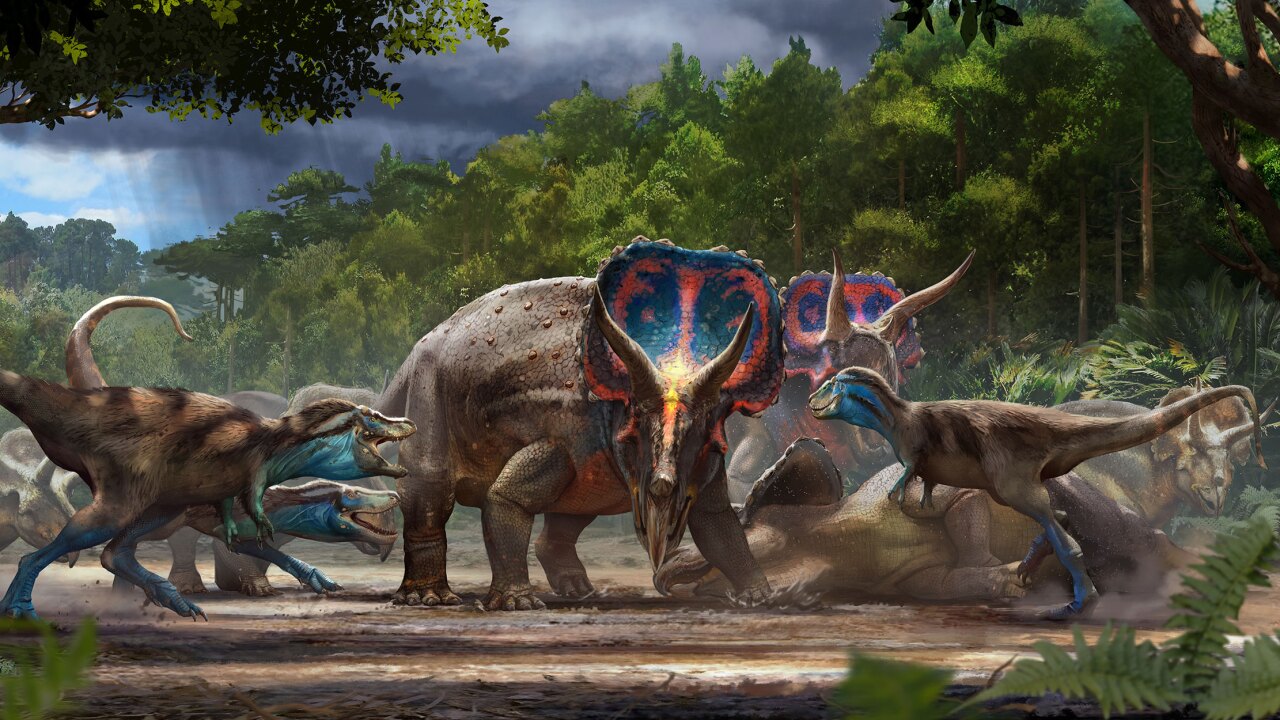 It may have been a battle for the ages in ancient Montana.

About 67 million years ago, two iconic dinosaurs, a Triceratops horridus and a Tyrannosaurus rex, died and were quickly buried together side by side in a single grave. And both of them bear battle scars. It's the kind of showdown scientists have speculated about for years, but it has only ever appeared in "Jurassic Park" games -- until now.

The impressively complete skeletons of these "dueling dinosaurs" will go on display and be studied at the North Carolina Museum of Natural Sciences in 2022, the museum announced Tuesday. The museum is located in downtown Raleigh.

The fossil of the Triceratops was first discovered 2006 as it eroded out of sedimentary rock from the Hell Creek Formation. This rock formation, which dates to 65.5 million years ago, was named for Hell Creek near Jordan, Montana. The treasure trove of fossils from the end of the Cretaceous Period stretches across parts of Montana, North Dakota, South Dakota and Wyoming.

The remains of a Tyrannosaurus rex were also found slightly overlapping with the Triceratops. Both were extracted from the rock formation, encased in plaster and safely stored until they could be studied.

They are some of the most complete dinosaur skeletons ever found. What's more, the researchers believe the Tyrannosaurus rex skeleton is the only 100% complete T. rex fossil.

Both skeletons are also articulated, meaning all of the bones have been preserved in their proper order. It's rare to find one articulated fossil, and this discovery includes two.

While the fossils are still trapped in sedimentary stone, what's visible tells an intriguing story.

So far, an analysis of the Triceratops fossil has revealed actual skin impressions on its signature frill and hips. Teeth from the tyrannosaur are embedded in its spine. But the Triceratops' arms aren't visible. Researchers aren't sure if they're simply locked in the stone beneath its body or if they were scavenged by other dinosaurs before the Triceratops was buried.

They also want to find out if the contents of its stomach were preserved. If so, they could learn about its last meal.

The Tyrannosaurus rex had most of its teeth broken; it also bears a broken finger and its skull is cracked. Researchers want to uncover if all of this damage was sustained during a possible battle with the Triceratops, or if these were post-mortem injuries.

The Tyrannosaurus rex fossil also bears a skin impression on its foot, which researchers said is remarkably similar to that of a modern emu.

The museum is building a new lab, the SECU DinoLab, to house the fossils when they go on display in 2022. It will also be a hub for scientists studying the fossils. The exhibit is expected to be on public display for five years.

Some of the other questions researchers want to answer about the fossils include determining if molecules are preserved in the skin impressions and if the tyrannosaur fossil shows evidence of feathers. Scientists would also like to identify if it was an adolescent Tyrannosaurus rex and uncover more details of the Triceratops' frill.

And, of course, they want to know how the dinosaurs died and if they were actually locked in a dueling showdown beforehand.

Because the fossils are still entombed in sediment, their body outlines and impressions of skin and soft tissue remain. These details are often lost when fossils are entirely excavated in the field.

"We have not yet studied this specimen; it is a scientific frontier. The preservation is phenomenal, and we plan to use every technological innovation available to reveal new information on the biology of T. rex and Triceratops. This fossil will forever change our view of the world's two favorite dinosaurs," said Lindsay Zanno, head of paleontology at the North Carolina Museum of Natural Sciences and associate research professor at North Carolina State University, in a statement.

"The way we have designed the entire experience — inviting the public to follow the scientific discoveries in real-time and participate in the research — will set a new standard for museums."

The popular dinosaur pair was donated to the museum by the Friends of the North Carolina Museum of Natural Sciences on Tuesday. The nonprofit organization acquired the fossils using private funds provided by support from a wealth of foundations.

"It is an immeasurable honor to welcome these specimens as they take up permanent residence here at the Museum," said Jason Barron, chair of the Friends of the North Carolina Museum of Natural Sciences. "Dueling Dinosaurs is a singular find; we are incredibly grateful to our supporters for making this a reality and allowing our visitors -- in-person and virtual alike -- to experience this journey with us."

The exhibit will also further the museum's paleontology education and research programs.

"The Museum is thrilled to have the unique opportunity to house and research one of the most important paleontological discoveries of our time," said Eric Dorfman, director and CEO of the North Carolina Museum of Natural Sciences, in a statement. "Not only are we able to uncover unknown details of these animals' anatomy and behavior, but our new dedicated facility and educational programs will allow us to engage with audiences locally, across North Carolina, and worldwide."

The SECU DinoLab will provide visitors with the chance to observe researchers as they study the fossils and also talk with the paleontology team.

And for those at home, the lab will share research updates and live videos to learn more about their findings in real-time.