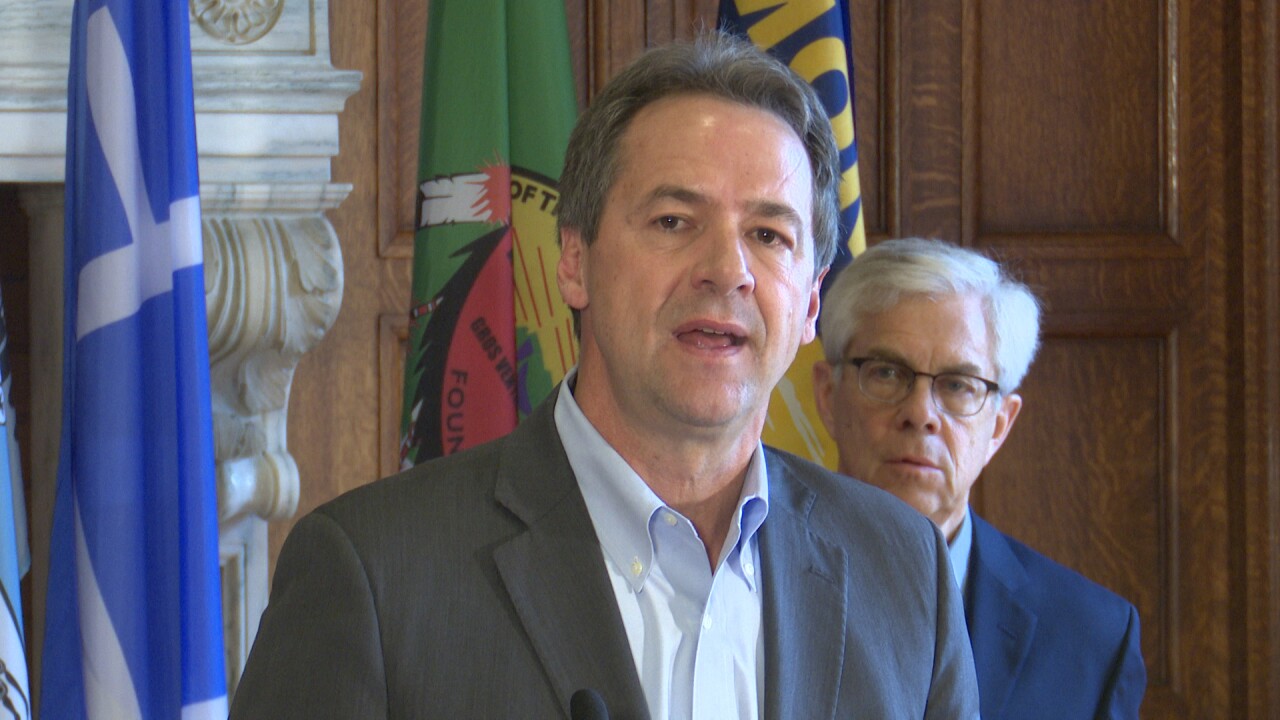 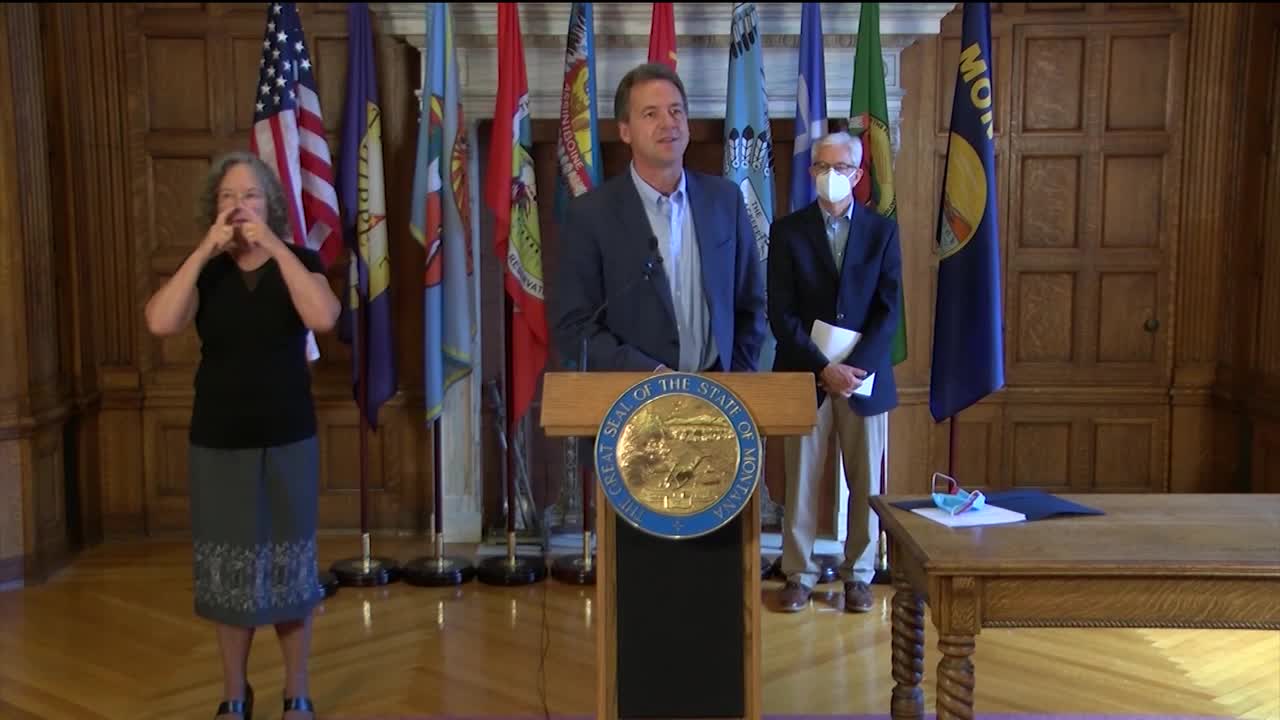 On a day when Montana hit another daily record for new reported Covid-19 cases, Gov. Steve Bullock said Thursday the worst may not be over – and urged Montanans to take precautions and wear face-masks in public.

“We don’t have to be like these other states and take steps backward, if we again raise our guard,” he said at a Capitol news conference. “And one of the most important ways we can raise that guard is to make wearing a mask a habit and normalized.”

Yet Bullock stopped short of requiring face-masks in public, saying he wants it to become “socially acceptable,” which would be more effective than forcing people to do it.

To help drive that message home, Bullock was joined at the conference by Montana Chamber of Commerce President Todd O’Hair, who said many businesses – including taverns, restaurants, motels and tourism businesses – are joining the push for people to wear masks in public.

He said the business community doesn’t want Montana to follow in the footsteps of other states that have had to reinstate closures, in the wake of huge surges of new Covid-19 cases.

Montana reported 67 new cases of Covid-19 Thursday, spread across 15 different counties. Yellowstone County, the state’s largest in population, had 14 new cases and Missoula County had 10. Montana now has 389 active cases of the disease and 14 active hospitalizations.

Bullock said 222 cases have been reported this past week, a 25 percent increase – and he warned that the numbers will continue to be high in the coming weeks.

“We have to act now to get our hands around this virus,” he said.

Montanans need to avoid crowds or large gatherings, or, if they find themselves among others and can’t properly social-distance, they should be wearing face masks, he said.

The governor noted that six weddings in five counties have contributed to 24 new cases of Covid-19, impacting at least two additional counties and two other states.

“Based on how quickly the virus can spread, we expect many more (cases) linked to these weddings in the coming weeks,” Bullock said.

He said it wasn’t necessarily the weddings themselves that led to the outbreaks, but rather social gatherings before and after the wedding, where people didn’t practice proper social distancing.

Outbreaks also have sprung from contact among people at workplaces, from offices to construction sites, he added.

Yet while Montana’s numbers of new cases have spiked in recent weeks, the state still has the lowest per-capita number of hospitalized cases and deaths in the lower 48 states, Bullock said. When Montana had 50 new cases on Tuesday this week, Arizona, which has seven times the population of Montana, had almost 4,700 new cases, or almost 100 times more, he noted.

“Viruses aren’t political; they don’t care about theories or speculation or projections,” Bullock said. “They’re unthinking parasites … that only want to use our bodies as a host. Wear a mask."