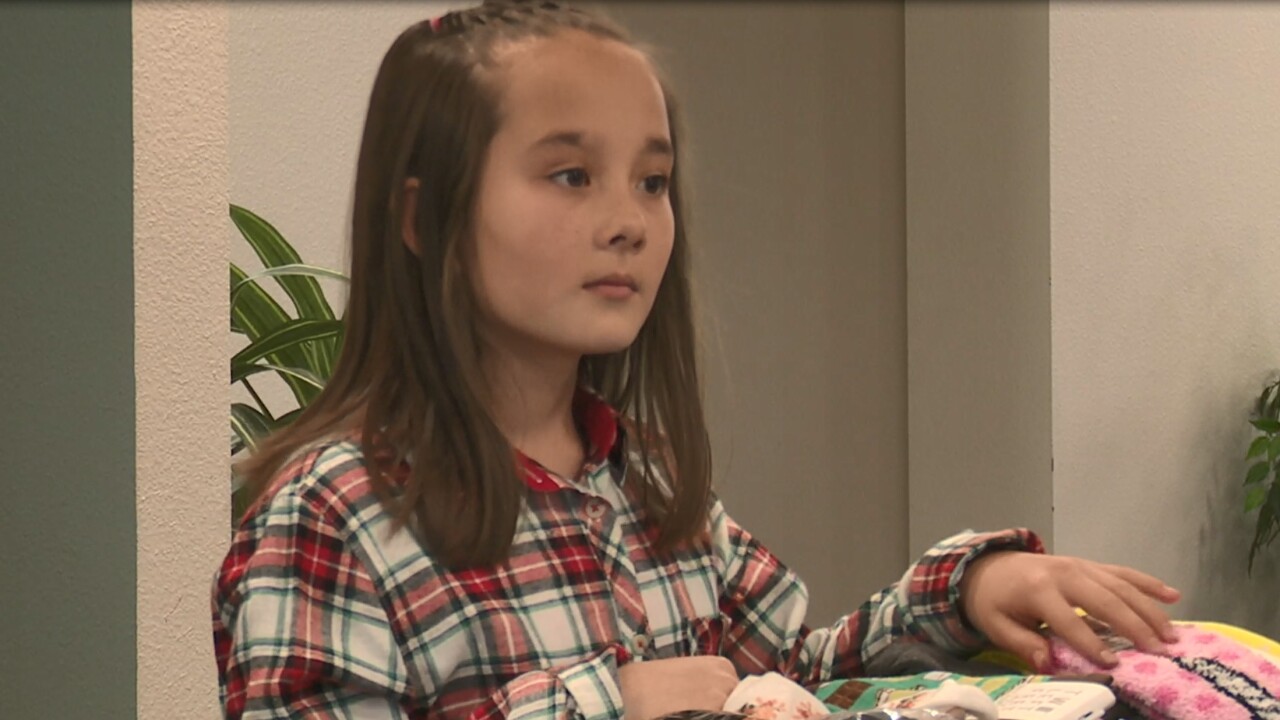 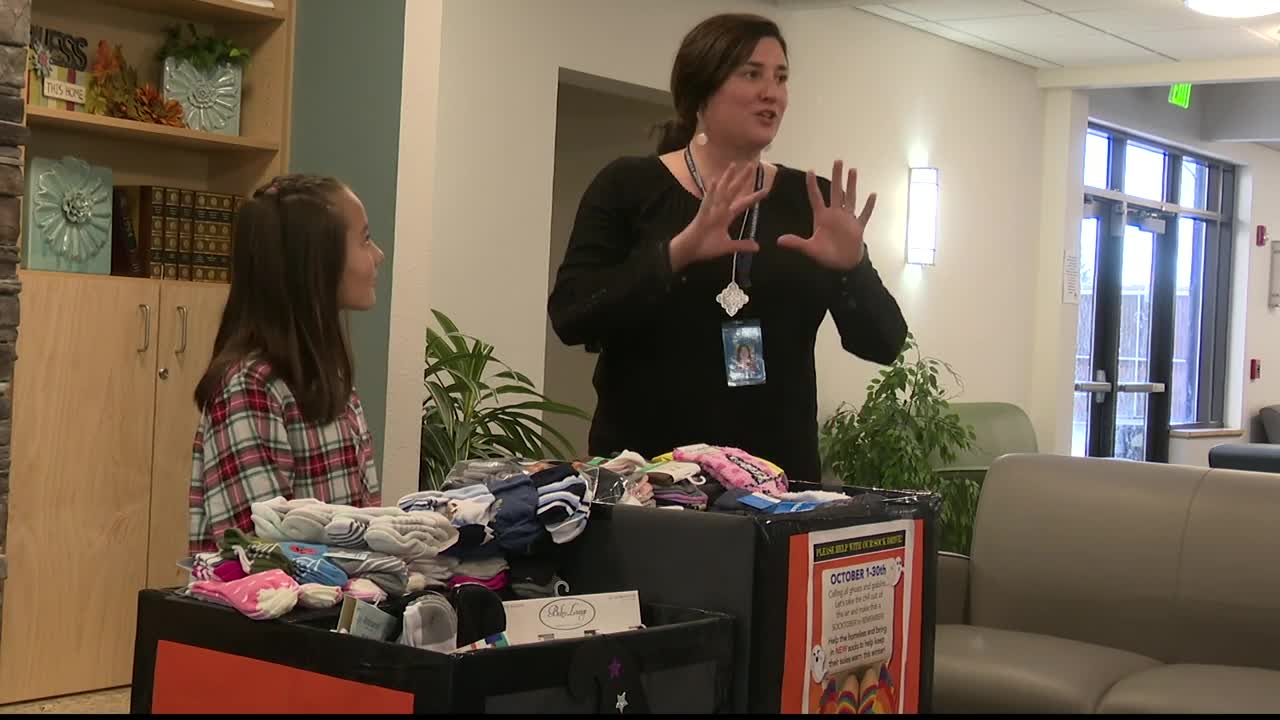 GREAT FALLS — Fifth grade student Reia Henry recently presented the Great Falls Rescue Mission with 836 pairs of socks, all of which she collected during her self-started fundraiser: Socktober.

Reia’s school principal, Jon Konen, challenged her to create a communal fundraiser- one that would really knock people’s socks off.

“I just wanted to help the community with warm feet because most of them don’t have warm feet all the time,” Reia said.

Reia gathered socks from students and businesses while people from across the nation also sent her money to purchase Socktober socks. Great Falls Rescue Mission development director Carrie Matter says that while the giving spirit is alive in Great Falls, it rarely starts at such a young age.

“It’s pretty incredible, it’s a rare thing to see a young child have such compassion for other people,” Matter said.

Families, kids, and those in recovery programs will all receive special socks with their Christmas gifts this year.

“It’s something that they’re going to be getting in their Christmas presents this year. So when they open them up it’s just a unique gift. It’s not just some solid colored sock that they’re receiving this year,” Matter said.

Reia’s socks fit a variety of ages and styles.

“These are not normal socks that we would receive. You know she has baby socks, she has thermal socks. She fun ones with prints on them with s’mores or unicorns. So these are the donations that there was a lot of thought and care put into it. So the fact that those that are receiving the socks know that are community cares means everything to them,” Matter said.

Because Reia collected so many socks, there will be more than enough to go around.

“Everybody will be getting more than one pair this year,” Matter said.