The Helena City Commission has voted to delay allocating almost $300,000 in the Helena Police Department budget, until after upcoming community discussions about police operations. 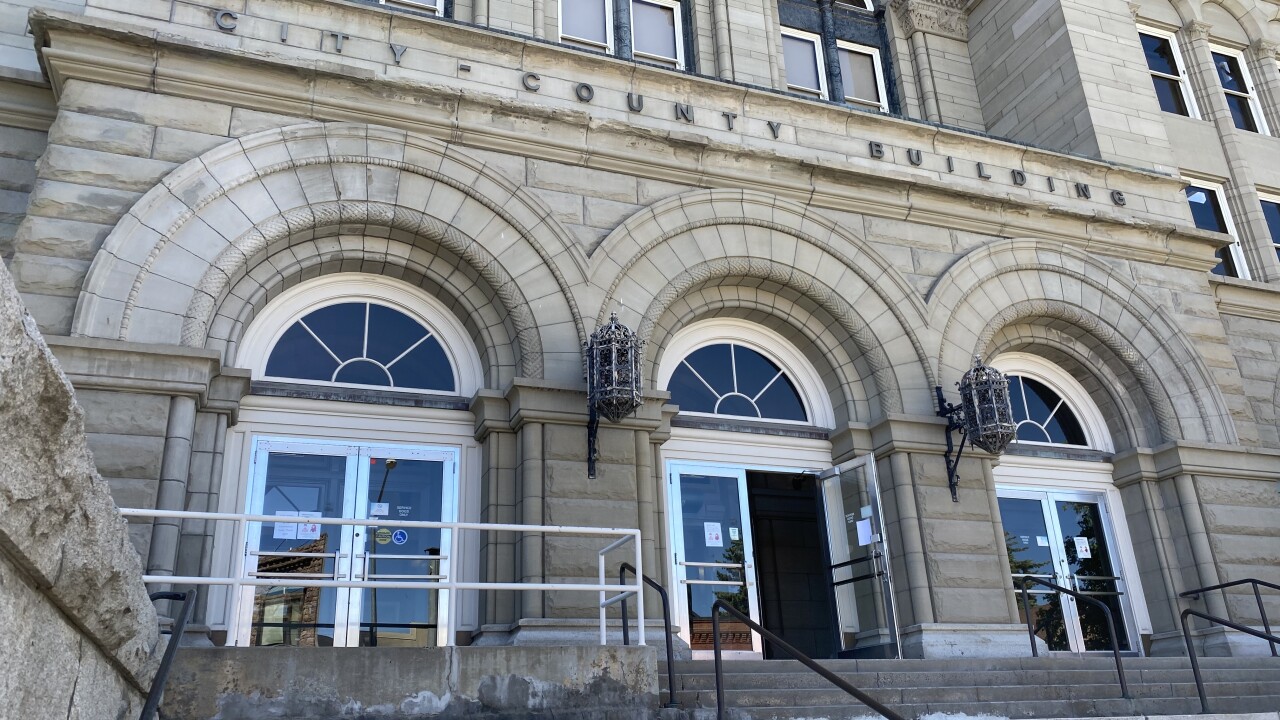 HELENA — The Helena City Commission has voted to delay allocating almost $300,000 in the Helena Police Department budget, until after upcoming community discussions about police operations.

Police funding was the biggest topic of discussion during an online meeting Monday night to finalize the city budget for the next fiscal year. The budget hearing was delayed after so-called “Zoom-bombing” disrupted a meeting last week.

Commissioner Heather O’Loughlin proposed an amendment to the budget Monday, calling for $292,000 in HPD personnel costs to be “contingent upon future approval by the Commission.”

“Our budget is one of the most important decisions that we make as a commission,” said O’Loughlin. “And so I think this is an important moment for us to have these conversations.”

The amendment came after more than an hour of public testimony on whether any changes should be made to the HPD budget, in light of the nationwide movement for policing reform that followed the death of George Floyd.

A number of people testified in favor of putting a hiring freeze on HPD or eliminating the School Resource Officer Program – which places uniformed police officers on four Helena Public Schools campuses.

“At the very least, I think it would be prudent to tap the brakes on any unnecessary law enforcement spending at this time and evaluate the city’s budget and how much you’re allocating to enforcement – and how much you’re not allocating to services that people need to not enter the criminal justice system,” said SK Rossi, director of advocacy and policy for ACLU Montana.

Andrew Martinez, a high school speech and debate coach in the Helena School District, said steps need to be taken to ensure people of color are being treated fairly by police. He said he has heard concerns about the SRO program from students.

“I would be doing them a disservice if I didn’t amplify their voice, telling you that these SRO officers that are in these schools are not helping them feel safe,” he said.

However, opponents argued this was not the right time to make changes to the HPD budget, and that there needed to be broader community involvement before any cuts were approved.

Samara Sant said she was the founder of a Helena chapter of the group Back the Blue. She argued police departments are already taking action to address some of the concerns advocates have raised.

“Police culture is changing,” Sant said. “Yes, this change is painfully slow and incremental, and many argue that we have no time to wait. However, starting over or reducing their budget is not realistic or reasonable.”

Luke Muszkiewicz, chair of the Helena School District Board of Trustees, said he was open to having discussions about the role of SROs, but he asked that they wait to make any changes to the program until after the completion of the city’s overall review of HPD policies and procedures.

“Ultimately, I am open to changes for the better, but I want to avoid asking our teachers and principals to reopen schools this fall without the personnel and funding they need,” he said.

City leaders announced earlier this month that they would hold a series of meetings to review the police departments’ operations. During Monday’s commission meeting, interim City Manager Melinda Reed said the first community discussion will be held online, Thursday, July 9, from 4 to 7 p.m.

Helena Police Chief Steve Hagen said the department spends about $292,000 a year on the SRO program. The costs are equivalent to three full-time officers, as the four participating officers each spend one-quarter of their time on other duties.

In addition, Hagen said he expects HPD to have four open positions by August, and several more employees could be leaving.

O’Loughlin said those vacancies gave the city an opportunity to put a temporary hold on this funding until the commission conducts its review and can make decisions on how the money should be spent. She said she didn’t want the change to be seen as an immediate cut to the HPD budget or as a final decision on how the money will eventually be used.

“My motion today simply gives us the flexibility to continue the conversations over the coming months and then ultimately – as a body, with the feedback of the community – discuss the extent to which and how these funds should be used moving forward,” said O’Loughlin.

Logan said he wanted to let the review process go forward first, and that he believed this action would be seen as the commission already planning a different direction.

“To me, this seems like a harbinger, the handwriting on the wall – that we’re making a statement as a commission that in some fashion or another, we are cutting the budget – freezing it, however, you want to phrase it – of the Helena Police Department,” he said.

Haladay argued it was better to pause the spending of the money now. He said, if they didn’t take this action, they wouldn’t be able to implement any substantive changes from the review process for another year.

“If you want to have that discussion, it seems that you have to take this action tonight,” Haladay said. “Because if you don’t, then actually the die is cast because the money is out there at that point and there is no way to have that true community discussion at a later date – it’s over.”

Also during Monday’s meeting, the commission unanimously approved a new city growth policy, replacing the previous policy from 2011. The updated policy puts additional emphasis on issues like affordable housing and sustainability, and it focuses on development in “neighborhood centers” – important locations in various areas of Helena that can serve as hubs for the community.