MEPA issued for woman, phone found in Dillon trash can 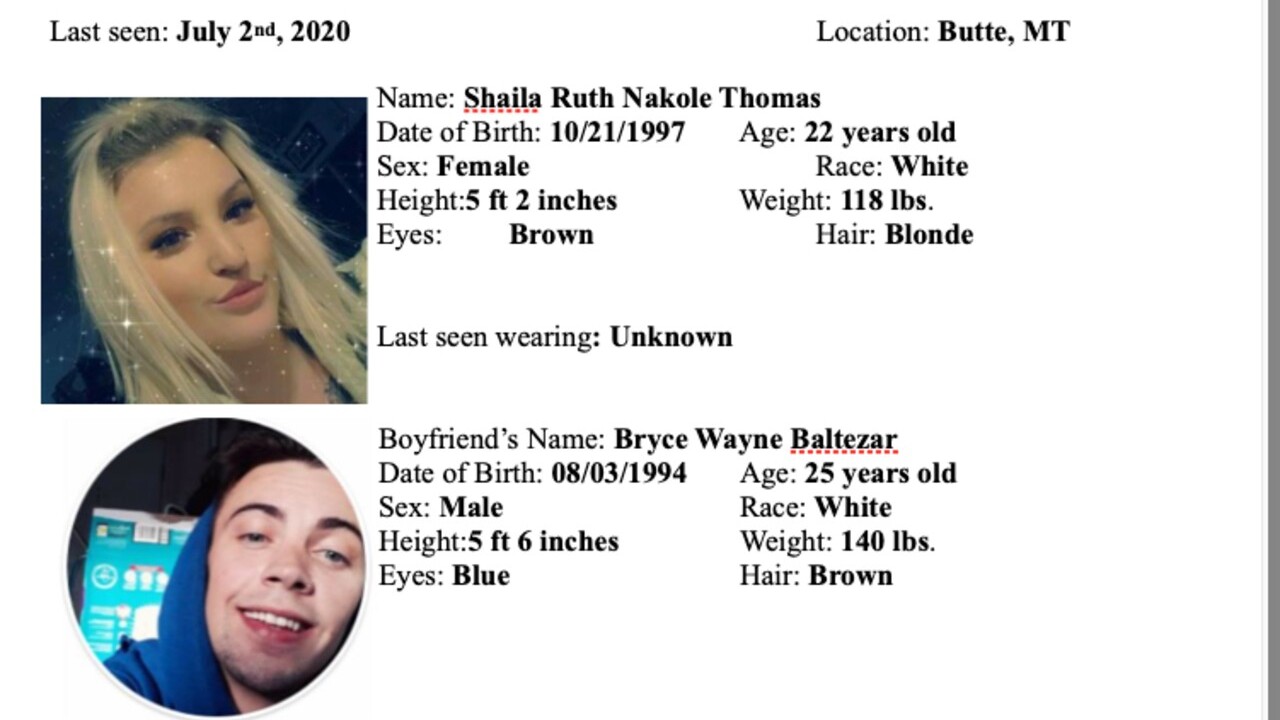 BUTTE — A Missing Endangered Person Advisory has been issued on behalf of Butte-Silver Bow LED.

Shaila Thomas, a 22-year-old white female, has been reported missing and there is concern for her well-being.

She may be traveling with her boyfriend Bryce Wayne Baltezar, a 25-year-old white male with blue eyes and brown hair. Bryce is 5 feet 6 inches and 140lbs.

They are believed to be in a 2007 blue four-door Pontiac G6 with MT license plate 155025A. They may be traveling to Las Vegas.

Bryce has been reported as abusive and Shaila's cell phone was recovered in a trash can in Dillon.