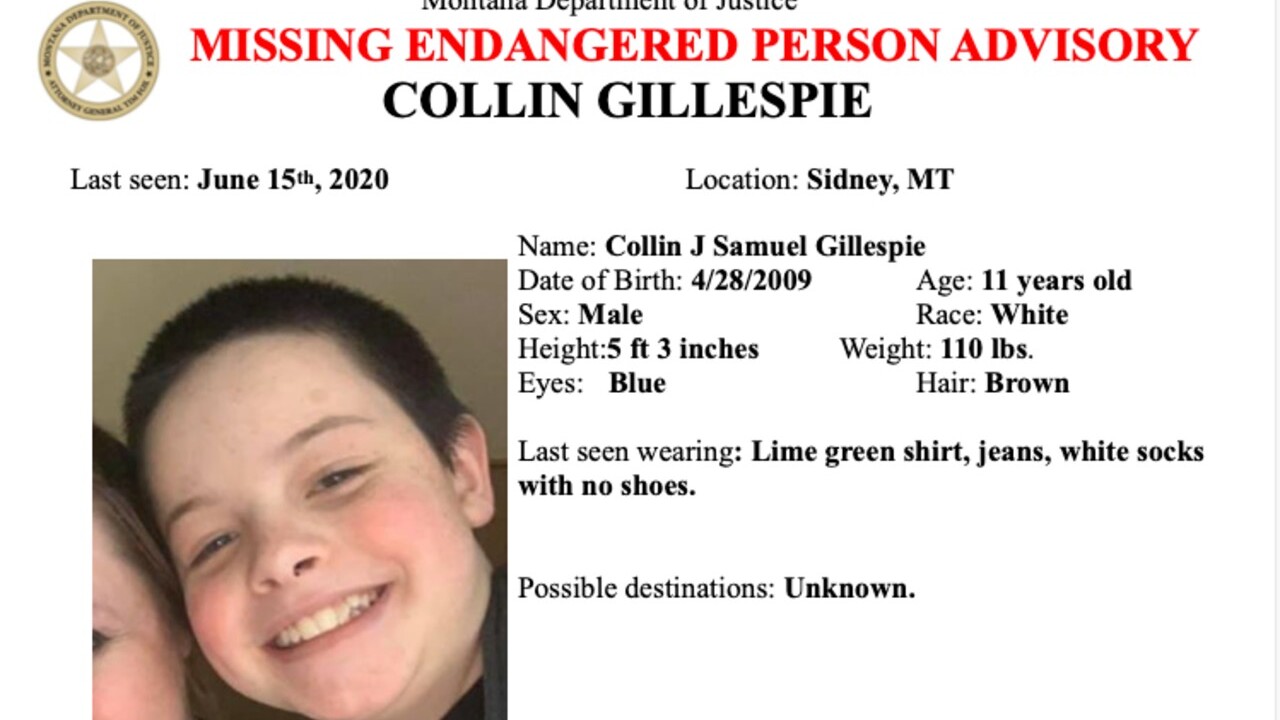 The Missing Endangered Person Advisory that was issued on Tuesday morning for Collin Gillespie has been canceled.

Collin has been located. No further information has been released.

A Missing Endangered Person Advisory has been issued for an 11-year-old boy.

Collin is described as a white male who is 5'3" tall and weighs 110 pounds. He has brown hair and blue eyes.

Collin was last seen at 6:40 p.m. on Monday, June 15 in Sidney wearing a lime green shirt, jeans, white socks, and no shoes.

He is an insulin-dependent diabetic with an insulin pump and a continuous glucose monitor on his stomach. His direction of travel is not known.

Anyone with information about Collin's whereabouts is asked to contact the Sidney Police Department at (406) 433-2210 or dial 911.