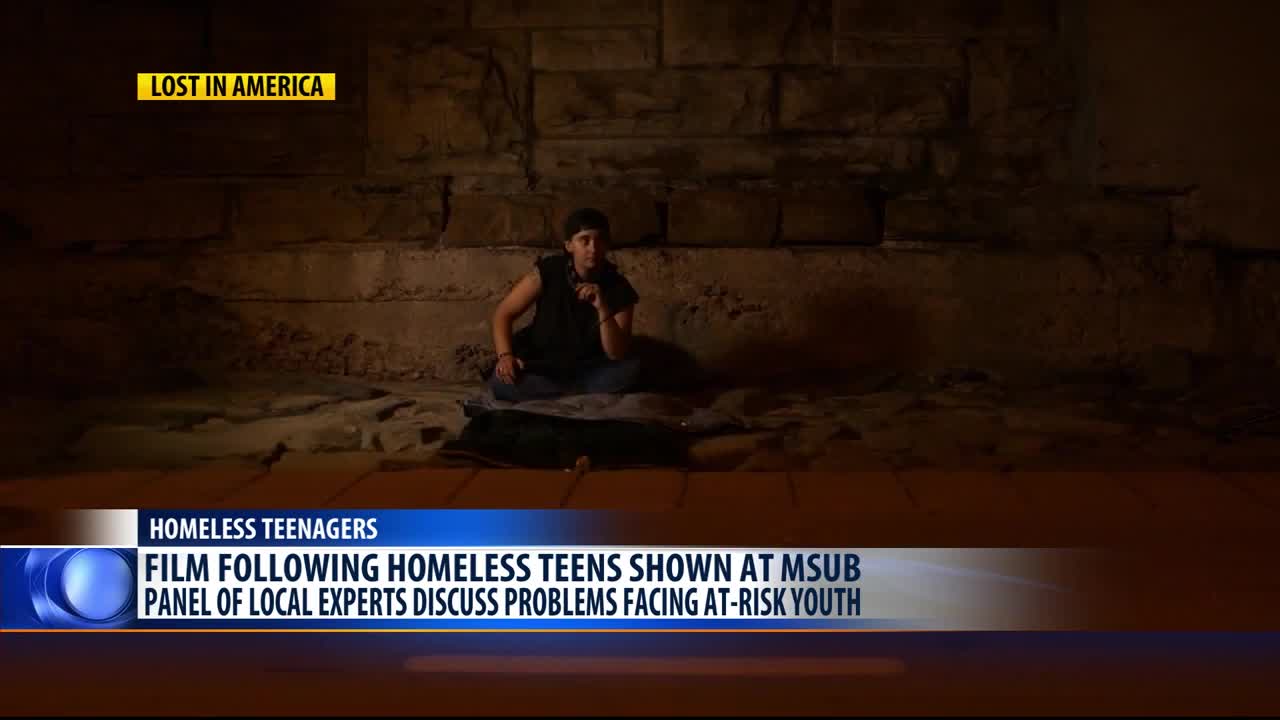 BILLINGS — A film titled Lost in America that followed director Rotimi Rainwater's journey hearing the stories of homeless youth across America was screened in Cisel Hall at MSU-Billings Saturday to raise awareness of the thousands of homeless teens across Montana.

Tumbleweed, a Billings nonprofit that looks to help homeless teens, put on the screening as a part of national runaway and homeless youth month.

"Homeless youth do not want to be seen. They are not the people pushing the carts or necessarily flying the signs. They are just trying to fit in like any other youth.”

After the film screening, a panel of social workers, Billings School District staff, and Tumbleweed staff discussed some of the problems facing homeless Montana youth. Cady was a part of the panel.

"The number one reason that youth are homeless across the nation, and Billings fits right in with this, is family conflict," Cady said. "We work really hard at preventing youth from leaving their home to begin with because an intact family, whatever that looks like for a family, is the most important thing that somebody can have."

Jennifer Smith, Billings Public Schools Indian Education director, was on the panel. Smith mentioned how state social workers are overburdened, often overseeing upwards of 50 cases, when the typical number should be closer to 20.

Another detriment to homeless teens is the lack of available resources to help them succeed. Tumbleweed operates one of the only programs for homeless youth in the state, Cady said. When a young person is forced to turn to the street, a world of other problems opens up.

“We are creating very vulnerable people by them being homeless which then can snowball into all these other situations," Cady said. "Their mental health issues are going unaddressed. “If they weren’t an addict, they are probably going to become an addict. So now we have a huge issue where family conflict has gone unaddressed and the youth chose to leave to the streets.”

Teenage homelessness is a complex problem that has no single solution. But Cady said that even just one adult that cares is often enough change a life.