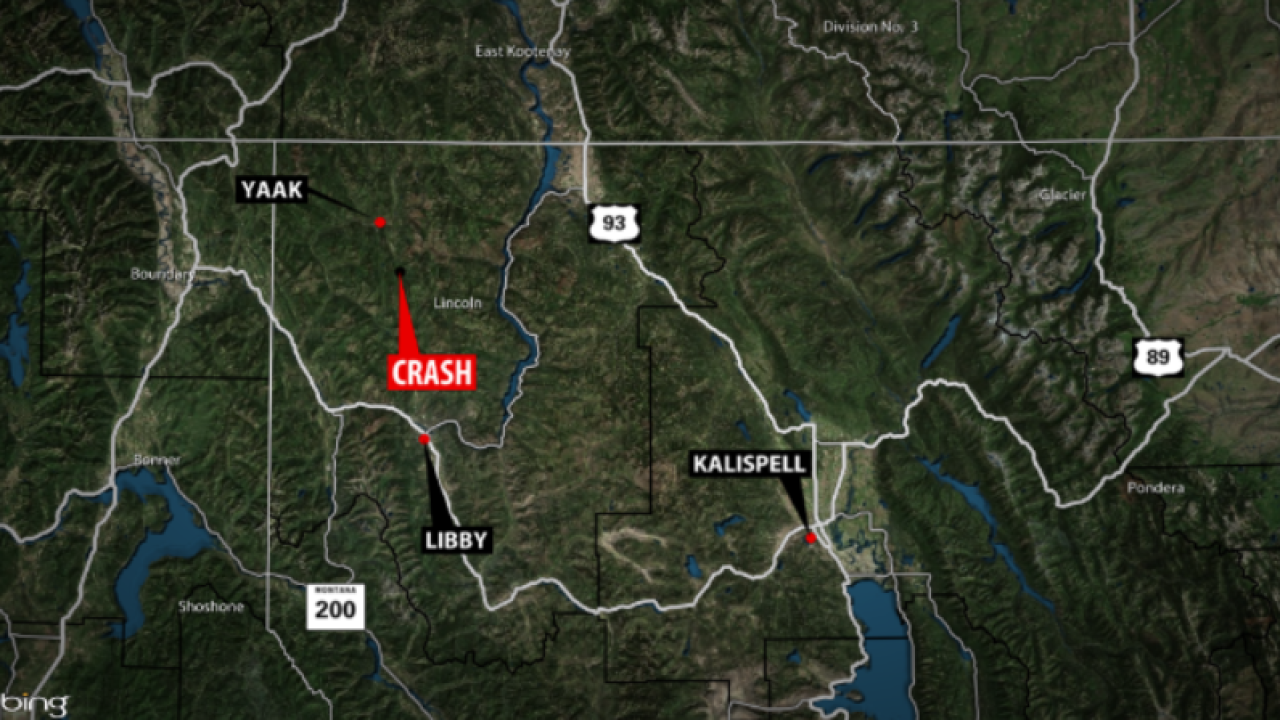 A Victor man is dead after a fatal crash in Lincoln County Thursday evening.

According to Montana Highway Patrol, the 51-year-old man was traveling southbound on Highway 508 south of Yaak near mile marker 28 when his Ford F150 exited the highway on a gradual left turn.

After over correcting twice, the pickup truck rolled and came to a rest facing northbound in the southbound lane.

The driver, who was not wearing a seat belt, was ejected from the vehicle and pronounced dead on scene.

The name of the man has not yet been released.

Alcohol is suspected as a factor in the crash.