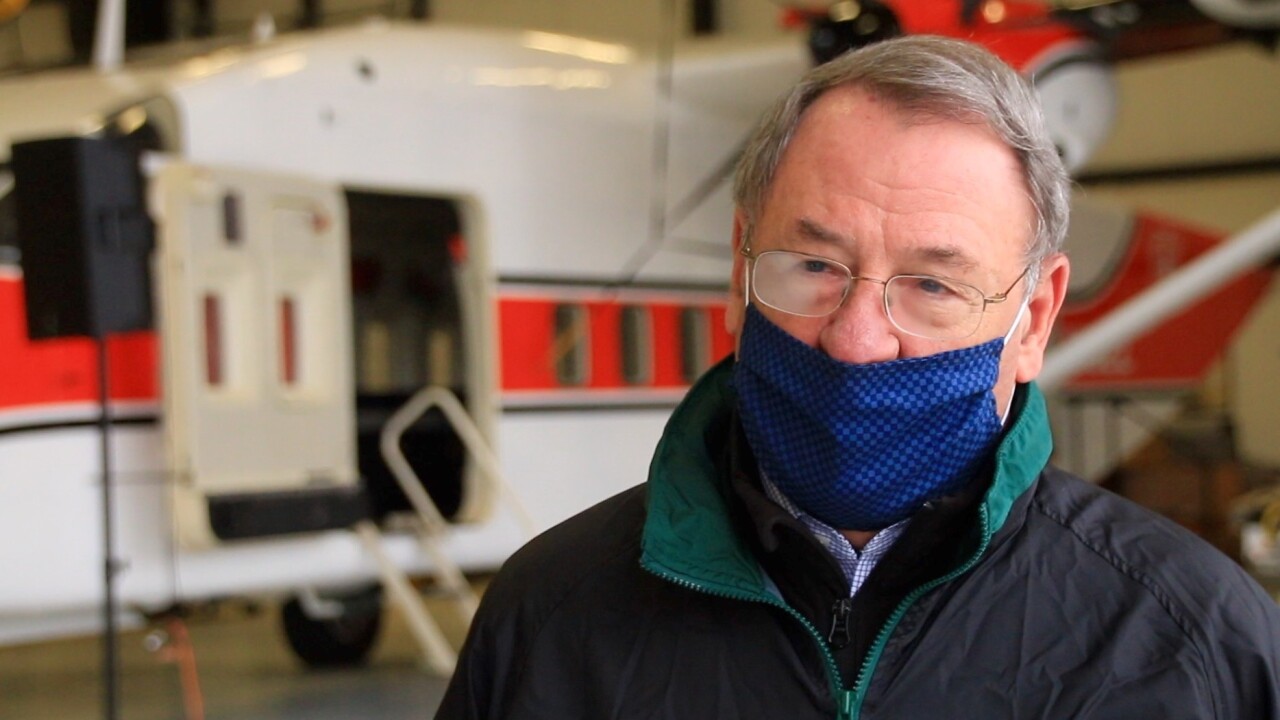 MISSOULA — The U.S. Agriculture Undersecretary for the Forest Service operations says plans to fight fires during the pandemic have been successful, keeping COVID-19 outbreaks low even with a record deployment of firefighters.

During a visit Tuesday with US Sen. Steve Daines (R-MT) thanking Missoula's smokejumpers for hard work during this fierce fire season, USDA Undersecretary Jim Hubbard said he's satisfied with the way the Forest Service was able to accomplish its mission and still keep firefighters safe.

When he stopped here in June, Hubbard told MTN News of the agency's precautions, and now he says, by and large, the plan worked.

“We didn’t have the large congregations of firefighters in one place so we didn't have large fire camps. We had smaller spike camps, so we kept them separated," Hubbard explained. "We traveled differently. We didn't put 'em all together on an airplane and send him somewhere. We found other ways.”

Hubbard says there were only 135 positive cases of coronavirus, even with the agency deploying an all-time record of more than 30,000 firefighters. Sen. Daines said an added benefit came from using more aircraft.

“We had more resources in the air attack side because it COVID. It actually showed us this early air attack was a way to prevent some larger fires from developing, so that's another success from this season," said Sen. Daines.

“We can relax a little bit. But I think we probably learned some more efficient ways of getting some of our business done," explained Hubbard. "We'll evaluate that in the offseason and decide how what kind of protocols to put in for next year.”

And it wasn't just dealing with the pandemic as the USFS also had a big budget change this year. In past seasons, the Forest Service had to divert operational funds to fight fires. Although some personnel had to be reassigned, Hubbard says the new approach helped.

“But we didn't have to interrupt operations because of funding and so that continued on. And I think, we won’t hit all of our targets on forest management or wildfire risk reduction, but we’ll come pretty close," Hubbard concluded.

Both men paid tribute to the firefighters who were killed fighting blazes around the country this year.