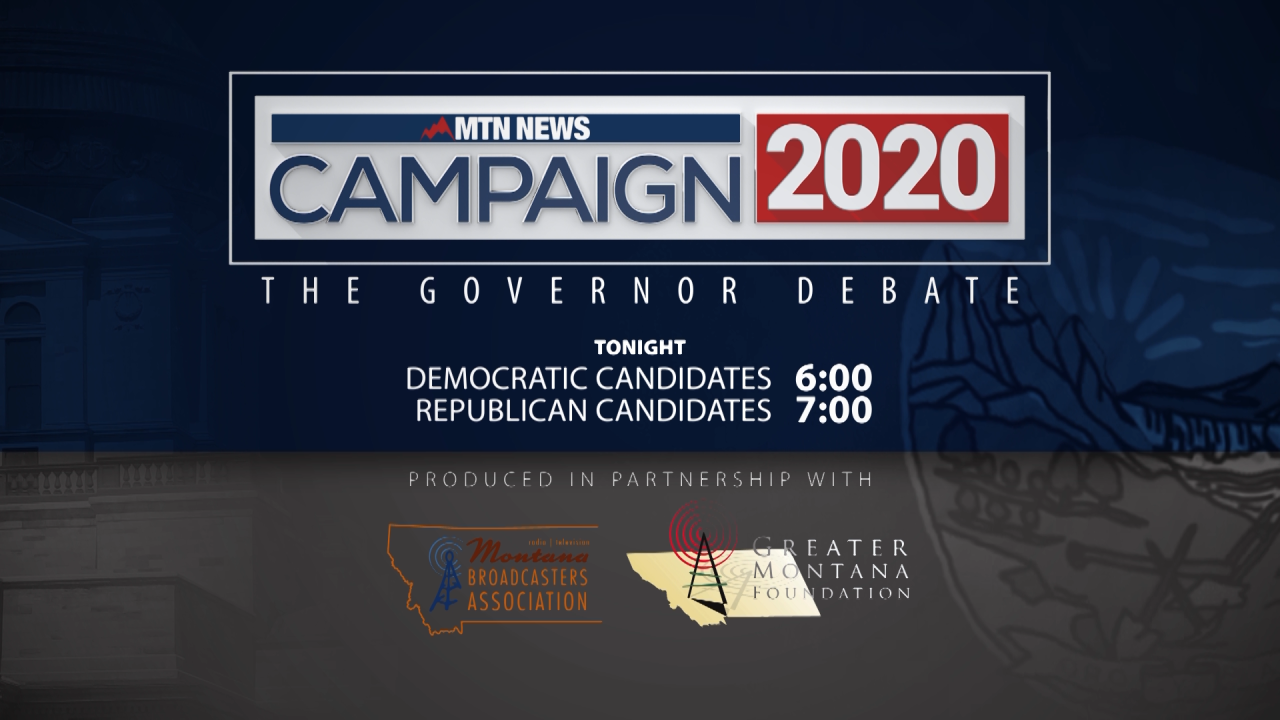 All three Republican gubernatorial candidates and both Democratic candidates will debate in separate broadcasts Saturday evening.

The Montana Broadcasters Association and Greater Montana Foundation produced the debates to air on most Montana television and radio stations beginning at 6:00 p.m.

MTN's team of reporters will also have a wrap-up of the debates on the 10 p.m. news.