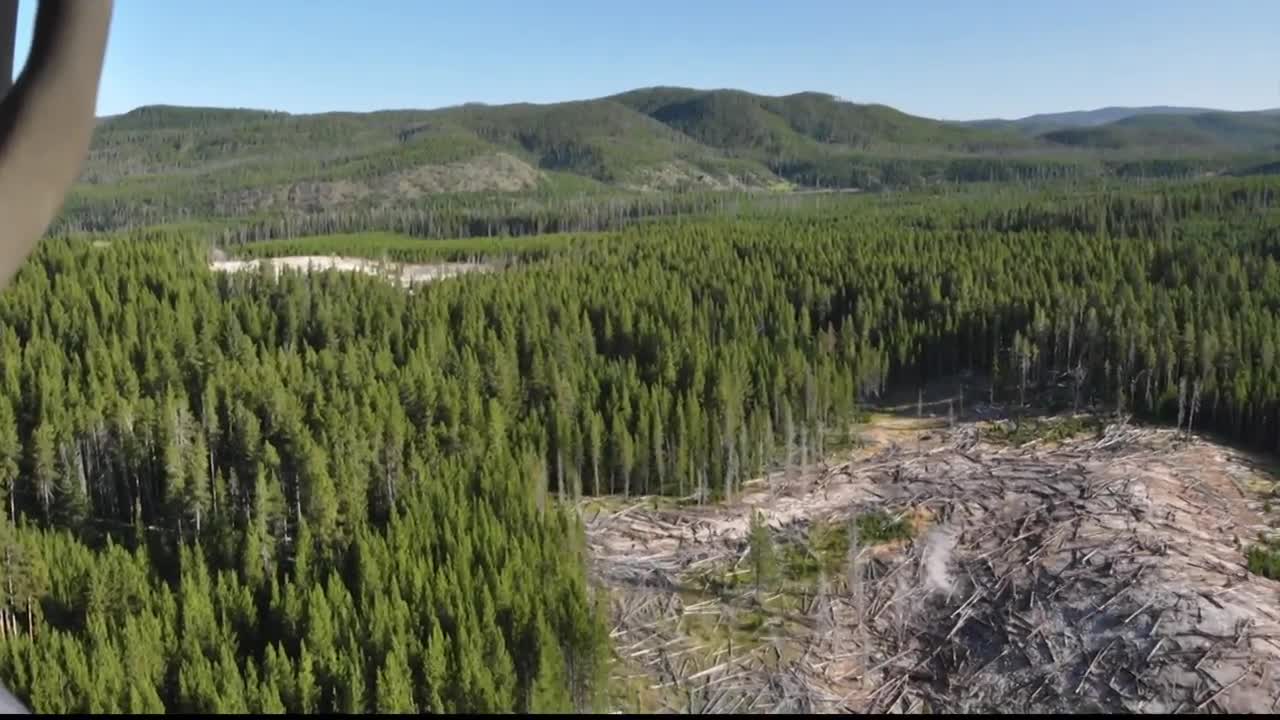 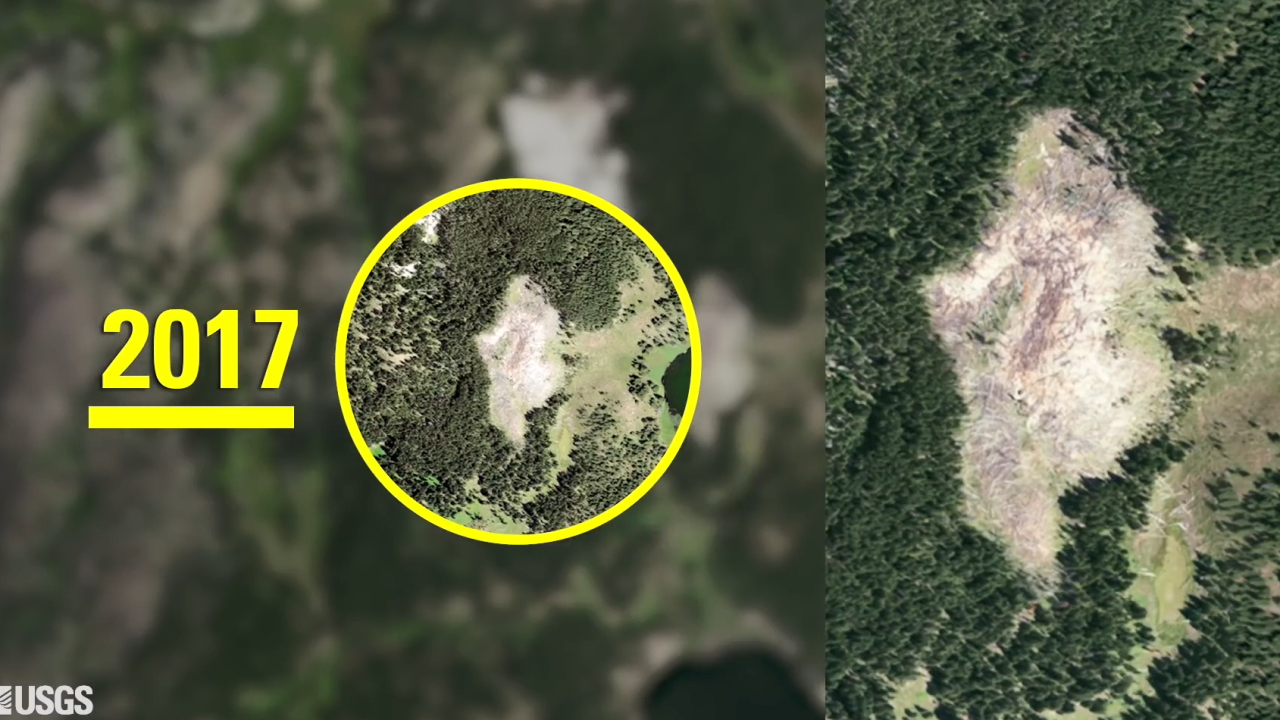 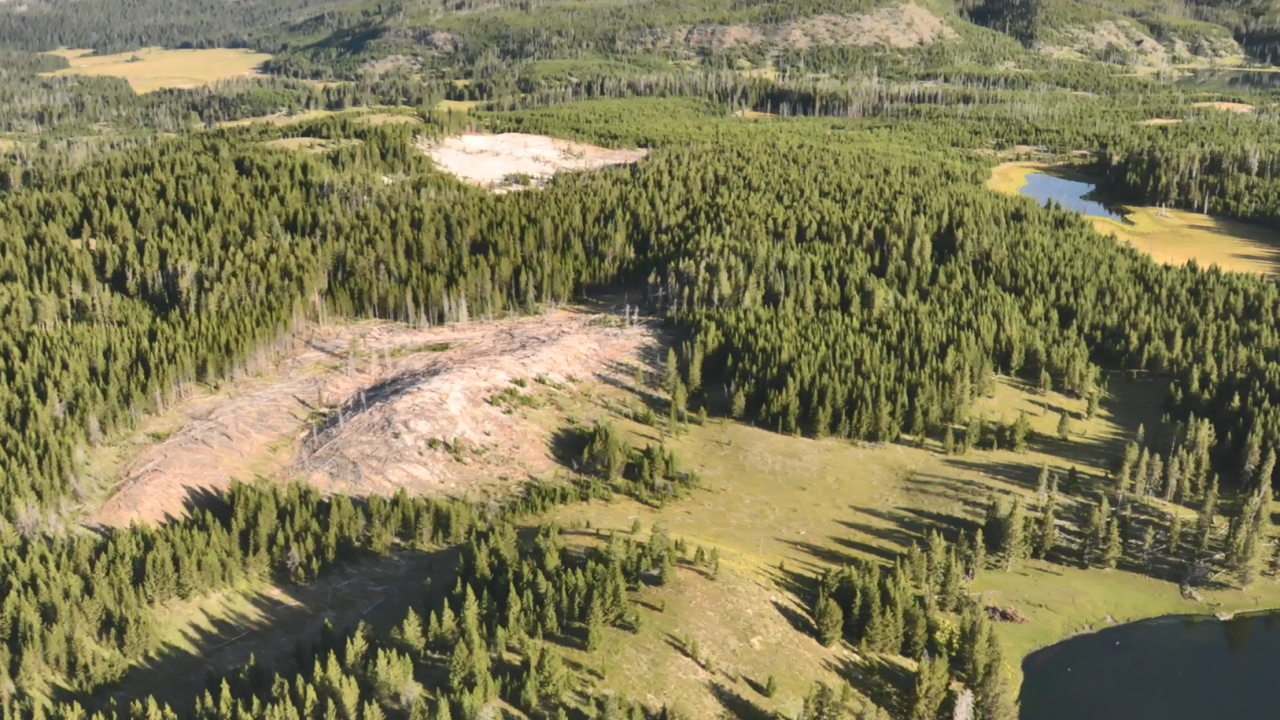 The new thermal area is so deep in the back-country it took satellites to spot the signs of the area.

But it emerged slowly, revealed in aerial and satellite photos over 15 years.

There is an area where trees and other plants have been killed by high temperatures and chemicals boiling up from underground near Tern Lake.

“You can see places where the trees have fallen and the underside of the tree that was facing the ground was sort of scorched," Poland said.

Poland, Hungerford, and a few others flew near the new site in a helicopter in August, then hiked in the rest of the way.

“It was, it was...it was pretty. I felt an excitement, but also kind of a wonder that here we are at this new place that really has not been described, at least by people on the ground,” said Poland.

Which means they were the first people to ever walk and see this new feature.

“You do have the sense of like, wow, this is new, and you wonder what some of the early explorers or Native Americans must have thought when they saw these places for the first time,” Poland said.

“It's also a beautiful area, so it's nice to be on those trails back there," Hungerford added.

Researchers say there are no water features at the new hot spot yet, but they note that there are some steam vents. Also, the ground is very hot and spongy, and in some areas it is soft enough to sink in and get burned.