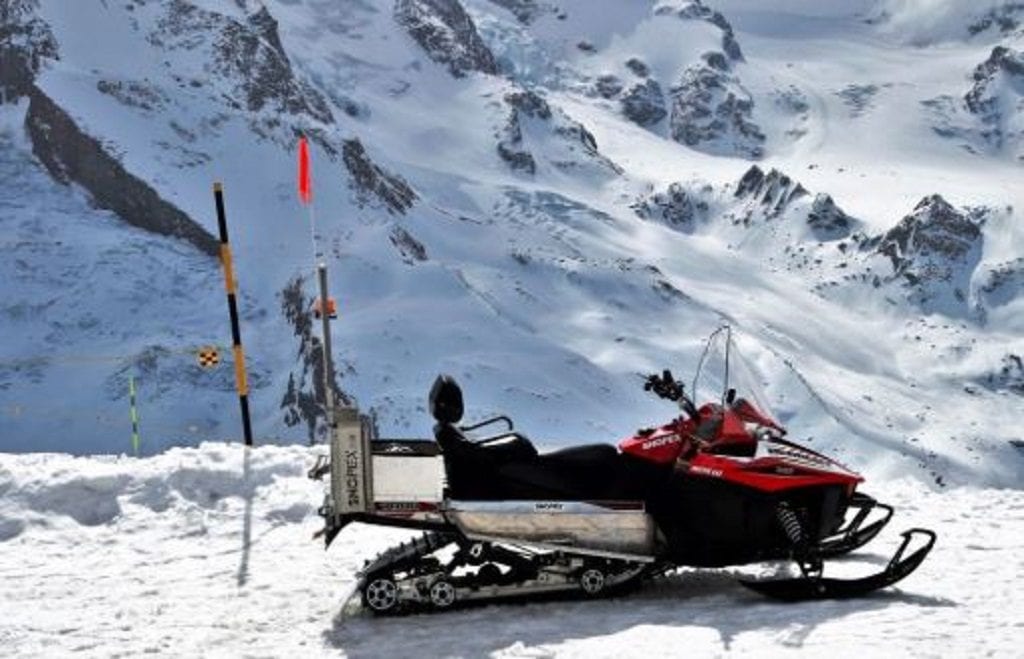 WEST YELLOWSTONE – One person was killed and another critically injured Monday after their snowmobile ran a stop sign in West Yellowstone and collided with a sport utility vehicle.

The West Yellowstone Police Department reports a snowmobile with two riders was traveling southbound on Dunraven Street approaching the intersection with Gibbon Avenue in West Yellowstone around 3:27 p.m. on Monday.

Gibbon Avenue is a through street and traffic on Dunraven Street is directed to stop by stop signs and the snowmobile failed to stop for the stop sign. An eastbound SUV that was approaching the intersection struck the snowmobile and the riders were knocked off.

The impact deflected the snowmobile into a second vehicle that was stopped at the intersection.

One rider was transported by helicopter to the Eastern Idaho Regional Medical Center in Idaho Falls and is in critical condition. The other rider was pronounced dead at the scene.

The riders were on vacation from out of state and were operating a snowmobile rented from a local business. The names are not being released pending notification of next of kin.

The occupants of the two vehicles were not injured. The crash is still under investigation by the West Yellowstone Police Department.