KALISPELL – As the temperatures continue to warm up, experts warn of spring avalanches, which have already ramped up and are happening more often than normal in the Flathead Valley.

Just this past week, more than 100 avalanches were reported in a small area in the Flathead Valley.

Take a look at what experts refer to as “roller balls”, a sign of the start of an avalanche: 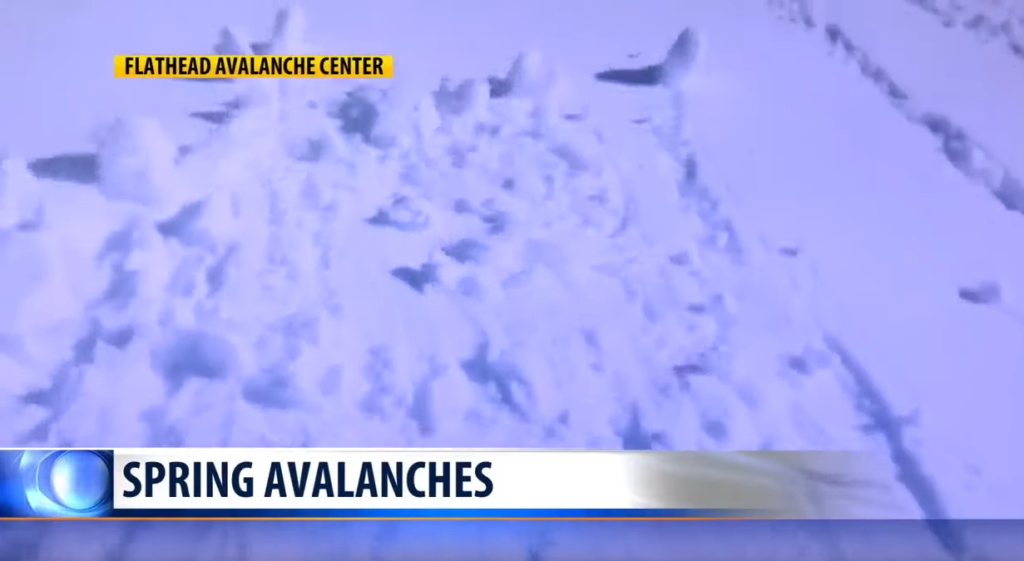 Guy tells us the number of avalanches this year is unusual, which he attributes to the winter weather the state has been seeing.

Last month brought lots of snow, then March had cold weather followed by a rapid thaw, which makes for hazardous conditions for avalanches.

“We probably saw the most destructive avalanches of the whole year just this past week,” Guy said. “They were huge and they were massive debris piles that were snapping trees. They could destroy a train, a car, houses.”

If you’re heading to backcountry to ski or hike, Guy suggests you go prepared by bringing a shovel and carrying an avalanche beacon.

The West Central Montana Avalanche Center, meanwhile, is reporting the risk of slides in the Missoula region is still “moderate” after Tuesday morning’s rain.