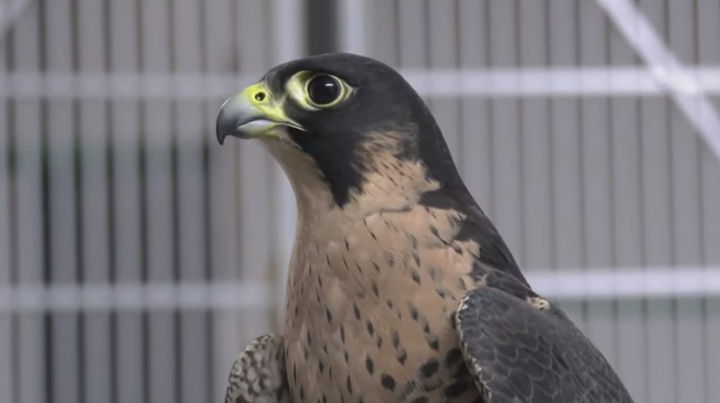 BOZEMAN – Officials in Yellowstone National Park say a golden eagle has died due to lead poisoning.

The eagle was the first one of its kind in the park to be outfitted with a GPS tracker.

Park officials say the raptor had flown out of the park and had eaten the remains of an animal that had been killed by a hunter using lead bullets.

Birds of prey like golden eagles normally hunt live prey during warmer parts of the year but conservationists say they will eat dead animals during the winter and fall.

With golden eagles being one of the largest birds in the country, it’s a problem they say is far too common and could impact other species.

“It’s also very alarming and it happens in other species, too, not just eagles,” says Jordan Spyke, director of Operations and Development of the Montana Raptor Conservation Center north of Bozeman.

He adds this case isn’t the first one.

“We do all of the blood testing here at the center with every eagle we bring in and 99-percent of the eagles that we bring in have lead in their system,” Spyke says.

According to Spyke, some of the many raptors at MRCC already have it.

With a wingspan of around seven feet on average, where could something so destructive to them come from?

“The lead is introduced into the environment with hunting products and fishing products,” Spyke says. “Usually, like, with gopher hunting, someone will shoot a gopher with a lead bullet and leave it out there. A bird will come down and scavenge on it, eat the gopher, ingest the lead and therefore get lead poisoning.”

Spyke says one of the four golden eagles came in showing clinical signs of high levels of lead.

Unfortunately, that is a very common thing but it could be prevented.

“We start a treatment called chelation treatment,” Spyke says. “We use a medication called Calcium EDTA, twice a day injections, and that draws the lead out of the system.”

These eagles aren’t alone in the struggle.

Jordan says the earlier it is prevented, the better chance they have.

“Simple switches of different types of ammunition can solve this problem,” Spyke says. “Copper bullets are becoming a lot more popular and they are finding to be just as effective if not more effective than lead. It’s an easy switch to prevent this problem.”

Jordan says lead tricks the body into thinking it is getting the calcium and iron it needs to survive when it actually isn’t.

He adds that the typical signs of a bird with lead poisoning range from clenched talons, low appetite and a lethargic appearance to overall weakness.