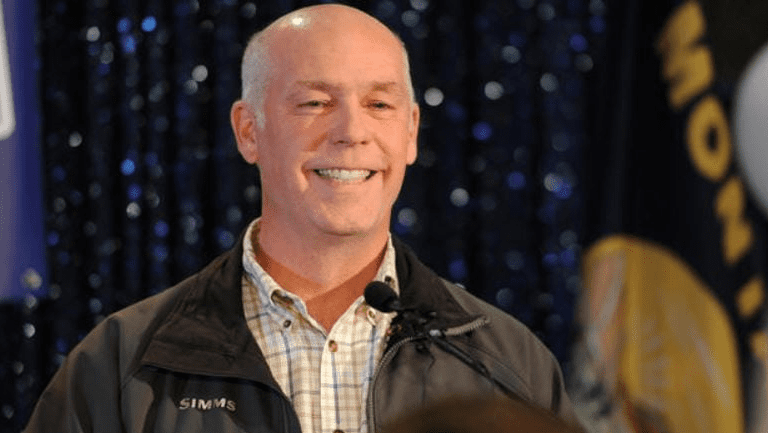 There are few events that can pull a parent away from their own daughter’s wedding, but for Republican Sen. Steve Daines, his vote for Supreme Court nominee Brett Kavanaugh may do just that — and now he’s got transportation ready if needed.

Daines announced earlier this week that he plans to walk his daughter Annie down the aisle at her wedding in Bozeman, Montana, the same day his “yes” vote to confirm Supreme Court nominee Brett Kavanaugh may be needed by Senate Republicans in Washington.

“My good friend and colleague, Greg Gianforte, has come to save the day if I need to be in two places at once to walk my daughter down the aisle on her wedding day and to be the final vote to put Judge Kavanaugh on the Supreme Court,” Daines said in a statement. “He’s offered me use of his plane. I appreciate his generosity as well as his dedication to family and country.”

Gianforte, a former engineer and businessman who was first elected to the House of Representatives in 2017, drew national attention after assaulting a reporter for asking him a question a day before the election. Gianforte later apologized for the incident and pleaded guilty to misdemeanor assault.

Daines first announced his support for Kavanaugh last week, after a tense Senate Judiciary Committee hearing in which Christine Blasey Ford publicly alleged Kavanaugh had assaulted her when they were in high school in the 1980s. Kavanaugh has denied all the allegations against him.

The Montana Republican accused Democrats of turning the confirmation into “an embarrassing political circus.”

On Friday, the Senate voted 51-49 to move Kavanaugh’s Supreme Court nomination to a final confirmation vote that is expected to take place Saturday.