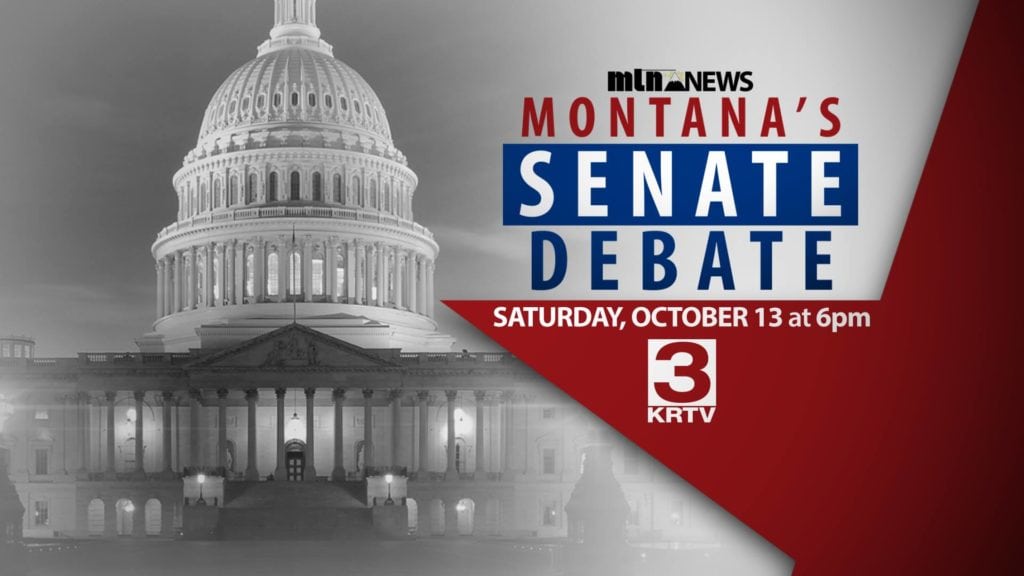 HELENA – A debate among Montana’s U.S. Senate candidates that was canceled this weekend has been rescheduled for Oct. 13, to air on Montana Television Network stations and Yellowstone Public Radio.

The debate in Bozeman will be the second and likely final broadcast debate between Democratic U.S. Sen. Jon Tester and his Republican challenger, Matt Rosendale.

Libertarian Rick Breckenridge also has been invited and is expected to attend.

The Tester-Rosendale tilt remains one of the most closely watched U.S. Senate races in the nation, as Republicans feel they may be able to defeat an incumbent Democrat in a state that President Trump won easily in 2016.

Most public polls have show Tester with a slight lead, although some national prognosticators have said it could be a toss-up.

The MTN-Yellowstone Public Radio debate had been scheduled for this Saturday, but was canceled, because Tester will be on the Senate floor that day for the vote on whether to confirm U.S. Supreme Court nominee Brett Kavanaugh.

Tester has said he plans to vote “no” on the confirmation, whose outcome is still uncertain.

Next Saturday’s hour-long debate will be aired on MTN stations at 6 p.m., Oct. 13th.

The candidates will field questions from a panel of journalists from MTN and Yellowstone Public Radio.