According to Hagen, a 35-year-old woman from Butte reported that she was headed south on Last Chance Gulch when she stopped before turning on to Lyndale Avenue. Police say when she stopped, she was struck from behind by a Mazda CX-5. According to the report, the Mazda continued west on Lyndale.

Police say the driver who was hit was able to catch up to the driver of the Mazda in a parking lot on the 300 block of Euclid. The driver reportedly provided a business card identifying him as Wilmot Collins and then left the scene.

Collins, a Democrat, announced this month he is running for Republican U.S. Sen. Steve Daines’ seat. He was elected mayor in 2017.

Police say they met with Collins and the woman on the night of the crash, that both cars suffered minor damage and no one was injured.

The case was then forwarded to the Lewis and Clark County Attorney’s Office due to a conflict of interest with the Helena City Attorney’s Office. The news release from Helena police said the county attorney determined Collins should be cited for careless driving and failure to remain at the scene of an accident. 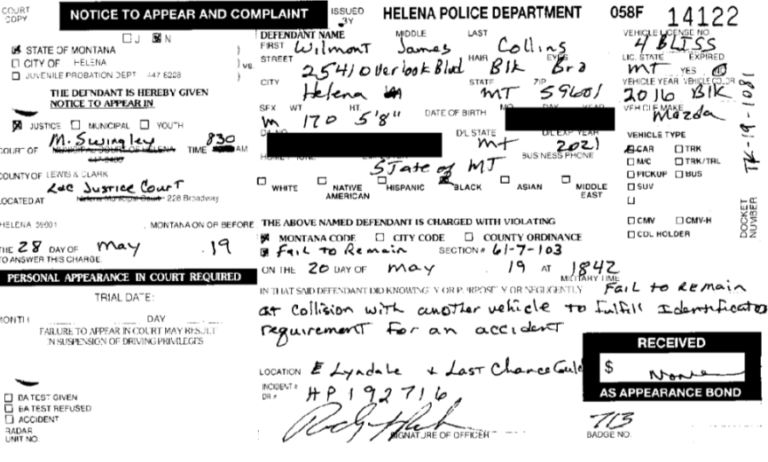 Collins was served with the citations on Thursday

Both citations are misdemeanors. Collins has been ordered to appear in Lewis and Clark County Justice Court on May 28th.

MTN News has reached out to Mayor Collins and will update this story with any comments.