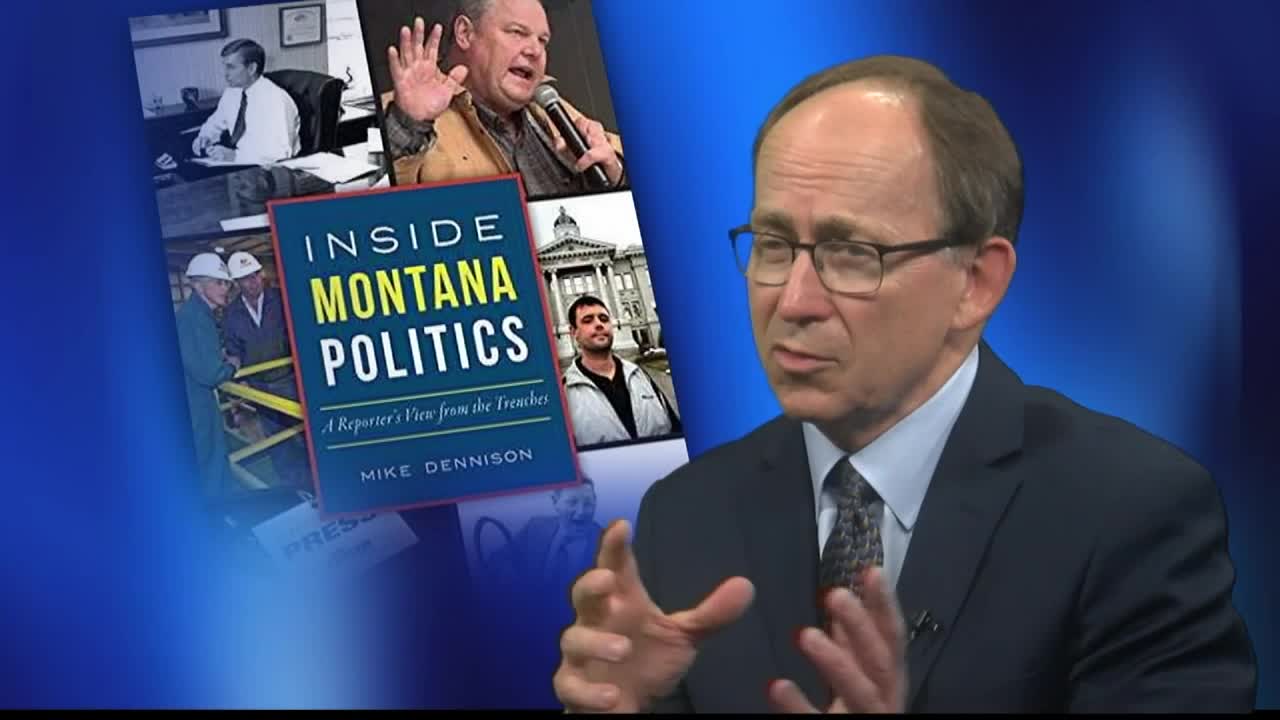 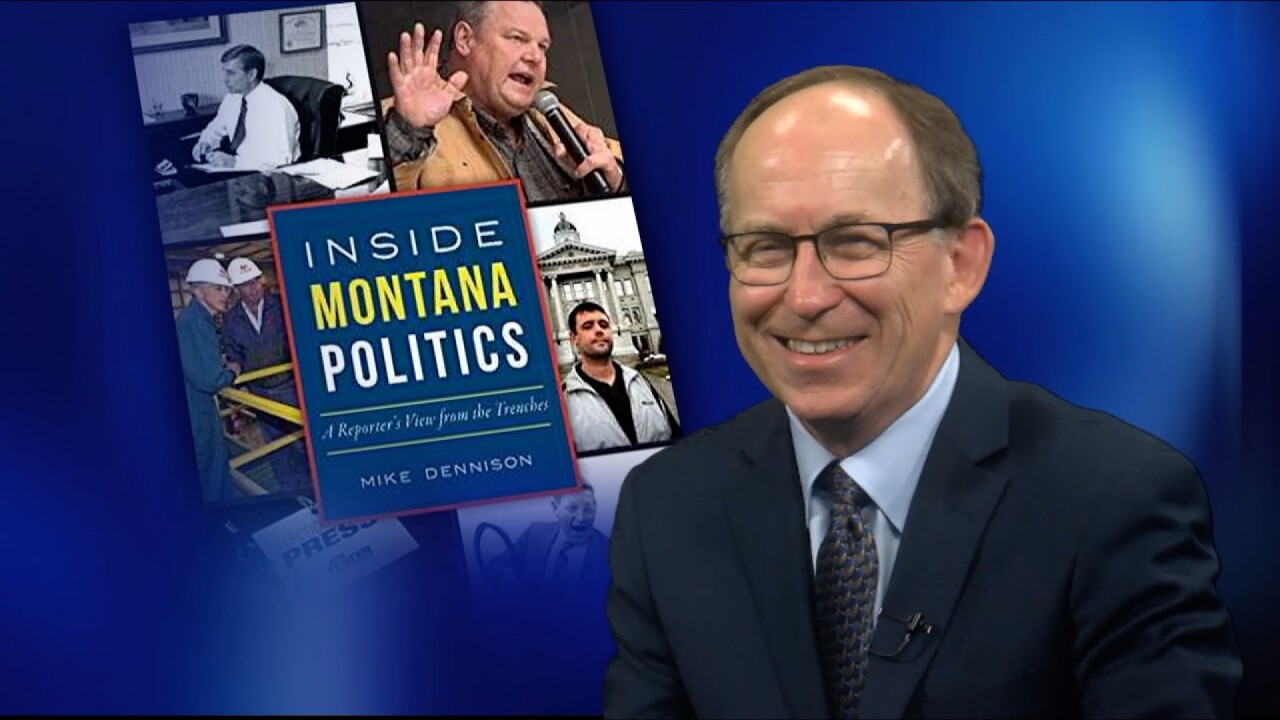 MISSOULA — For three decades he's followed the twists and turns of Montana politics. But veteran reporter Mike Dennison says it's the colorful characters he remembers the most -- and now, he's weaving those personalities together, illustrating a vibrant chapter in state history.

He's arguably the most connected newsman in Helena, burning through a mountain of ball point pens and notebooks to capture the fascinating formation of Montana's laws and leadership. Those thousands of stories have come at the stressful pace of daily deadlines.

But now, Mike Dennison is shifting gears for a more comprehensive tale.

"Well, you know about 10-years ago I started thinking about writing a book about both of Montana history and history that I covered. And also, was talking about being a reporter," Dennison said.

"Those were the two things that I wanted to do. And so, I started imagining what it would be. And what it finally came down to is organizing it around people, the characters so to speak, like in a novel. Except this is non-fiction," he added.

And what characters they've been, forming the bones of Mike's new book, "Inside Montana Politics: A Reporter's View from the Trenches". Although it's hard to count everyone that's filled 30-years of work, some standout, especially because of their national role.

"Mark Racicot, because [he was] the Chairman of the Republican National Committee and helped George Bush get re-elected and get elected the first time. And Max Baucus of course -- incredibly influential," Dennison explained.

"And Jon Tester also, and Conrad Burns, national attention on these elections. It seems like Montana was often in the spotlight and the people in this book were the ones in that spotlight."

Burns in particular was larger-than-life.

"I mean he was just this gregarious, wise-cracking guy. And he wasn't like a super-duper conservative. I wouldn't call him a moderate Republican. But he liked to brag about bringing home the bacon for Montana. And how many Republicans do you hear saying that now?"

"He was incredibly open. He would just invite you into his office. And what he did, that I don't think any other governor -- any other politician for that matter that I've covered -- he would just call you up on the phone and say 'hi, this is Brian' and start talking," Dennison said. "Or not even say it's Brian, he'd just start talking right away about what you covered the day before."

Of course that often created political drama, like when the 2007 Legislature went home without a budget.

"The House majority leader just went off on this profanity-laden tirade against Governor Schweitzer. You know that was just an incredible moment and I knew that as soon as it happened this would be great in a book," Dennison recalled.

"And with Senator Burns I tell the story in the book about him helping this liberal Missoula, former city councilman who surreptitiously helped him on a campaign and then got busted for growing marijuana. And Burns did some incredible things to help him out," he added.

Now days, political theater is a more divisive production. With the shift from an historical landscape largely full of conservative Democrats, Montana is definitely red. Dennison notes Republicans remain solidly in control of the Legislature.

"Because I think Republicans are just getting more powerful in rural areas. And Montana is a rural state, let's face it. And so, there are parts of the state however that are growing, such as Missoula and Bozeman, probably the biggest growth areas, they're Democratic. So I think there's still a chance to balance it out statewide."

While Dennison's reporting tools have changed from typewriter to television as MTN News Chief Political Reporter, he says the biggest change is coming from social media.

"it's much easier now for political figures, especially big political figures, to avoid reporters. To avoid the press. Because they have the power to communicate to their constituents via Facebook, via Twitter. Look at President Trump," Dennison said.

Yet even as he looks back Dennison wonders what the future of journalism holds.

"What's going to take its place in terms of the type of actual media that's paid for? Are we just going to have a bunch of sites that have a political bias? Or are we going to have neutral reporters? That I don't know," he said.

"Whether it's going to be employed by Facebook or Google. What's going to be the model that can pay people to be good reporters and so they can make a living at it, rather than just being fly-by-night, just inexperienced people doing it all over the place," Dennison concluded.

Dennison will be signing copies of his book at Fact and Fiction in Missoula on August 29 at 7 p.m. He'll be in Bozeman on September 18 and Billings on September 21.