Impossible Foods, Beyond Meat and the growth of the meatless meat market 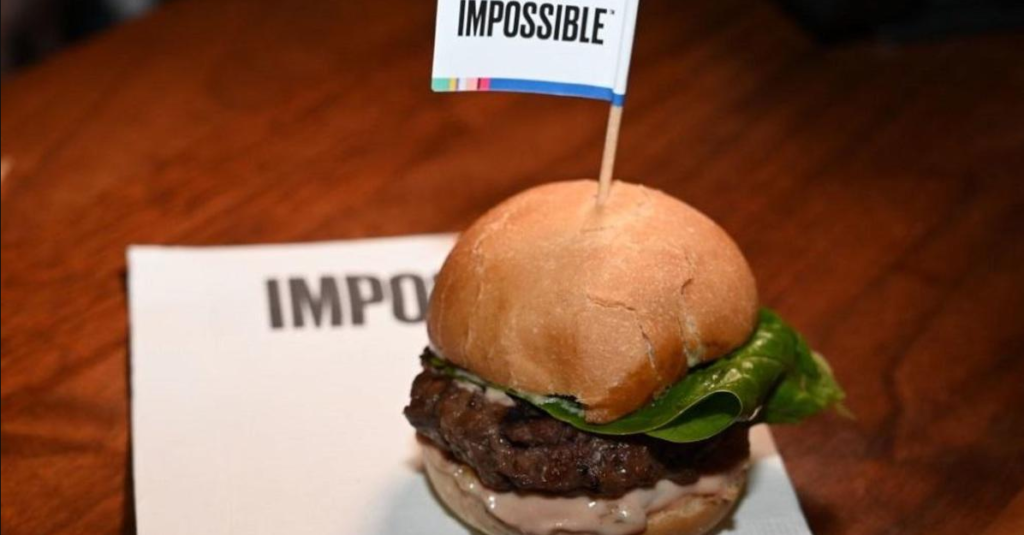 Gone are the days when vegan meat was derided as tasteless — a sacrifice vegetarians made in service of a greater environmental cause. Today’s meatless meats taste just like the real thing, can satisfy the most blood-thirsty of carnivores, and are here to stay.

After testing its plant-based whopper in a Burger King location in April, plant-based food company Impossible Foods is going nationwide with the fast food chain in more than 7,000 locations.

When competitor plant-based substitute company Beyond Meat went public in early May, its stock price soared 163%, valuing the money-losing company at a cool $1.5 billion and making it the most successful IPO thus far this year.

Investors, celebrities and consumers are all taking notice. Impossible Foods announced Monday that it raised $300 million in its latest round of private funding, the largest ever haul for a plant-based meat company, according to the Good Food Institute. The Silicon Valley start-up has raised about $750 million since its founding in 2011.

It also has a slew of health-conscious and environmentally-minded celebrity investors, including Alexis Ohanian, Jaden Smith, Jay-Z, Katy Perry, Serena Williams and Zedd. While Lee said Impossible Foods does not pay for promotions, some celebrities have gone out of their way to give the food company a shout-out, like Katy Perry, who changed into an Impossible Burger costume at the Met Gala this year.

Despite Beyond Meat’s success going public, Impossible Foods CFO David Lee insisted Wednesday to CBS News the company has no plans to announce an IPO and is focusing instead on trying to meet the surge of demand on the heels of its Burger King expansion.

“Frankly, we’re not in a rush to go public. We’re very, very focused on serving our meat eaters well and increasing our supply,” Lee said.

The company is planning to hire 50 new employees to its Oakland, California, facility, which already employs 70 full-time workers, to help meet the increase in demand.

Investor interest in meatless alternative companies like Beyond Meat and Impossible Foods mirror the surge in interest in plant-based alternatives in the U.S. Of the $16 billion invested into U.S. plant-based meat, egg, and dairy companies in the past decade, $13 billion flowed in 2017 and 2018 alone, according to the Good Food Institute.

“Investors and entrepreneurs are capitalizing on a global shift in the way meat is produced. The market opportunity here is massive,” Bruce Friedrich, executive director at the Good Food Institute, said in a statement.

Alternative meat companies hope to replicate the success of the non-dairy milk industry, which has grown to about 13% of the milk market by positioning itself as the healthier alternative. Beyond Meat said in its filings that the vegan meat market can similarly grow to about $35 billion of the $250 billion domestic meat industry.

That means that Impossible Foods and Beyond Meat may become leaders in a fast-growing and highly competitive space. For example, poultry giant Tyson has made investments int Jerusalem-based Future Meat Technologies and lab-grown meat producer Memphis Meats.

“There will be multiple winners,” Lee predicted.

Environmentally-conscious, but is it good to eat?

Part of Impossible Foods’ and Beyond Meat’s success comes from marketing their product to meat lovers, as opposed to vegans, who make up just 5% of Americans, according to Beyond Meat in its SEC filings.

Both companies have gone to considerable lengths and spent hefty capital to ensure their beef patties mimic the real thing in taste and texture. Beyond Meat, which makes pea protein the base of its products, also uses beet juice to help achieve the look of meat.

However, some health experts criticize processed alternative burger products for not being all that health-conscious. While Impossible Foods CFO Lee said the vegan patties are environmentally friendly and use less land, less water, and produce less greenhouse gases than animal products, some nutritionists say they’re not necessarily healthy for consumers.

For diners who may be looking to make the switch to plant-based for health reasons, like lowering their salt or fat intake, the Impossible Burger is not notably healthier. It has zero cholesterol and about the same saturated fat as a traditional beef patty, but more than four times the amount of sodium.

“If you want a plant-based option that has that burger taste, the Impossible Burger is your option — but it does come with similar amounts of fat and calories,” Connie Diekman, director of university nutrition at Washington University, said in a statement when the patty was tested in St. Louis Burger King locations in April.

“But if you are trying to to increase the amount of plant protein in your diet, this should just be one part of a bigger portfolio of options,” she continued.