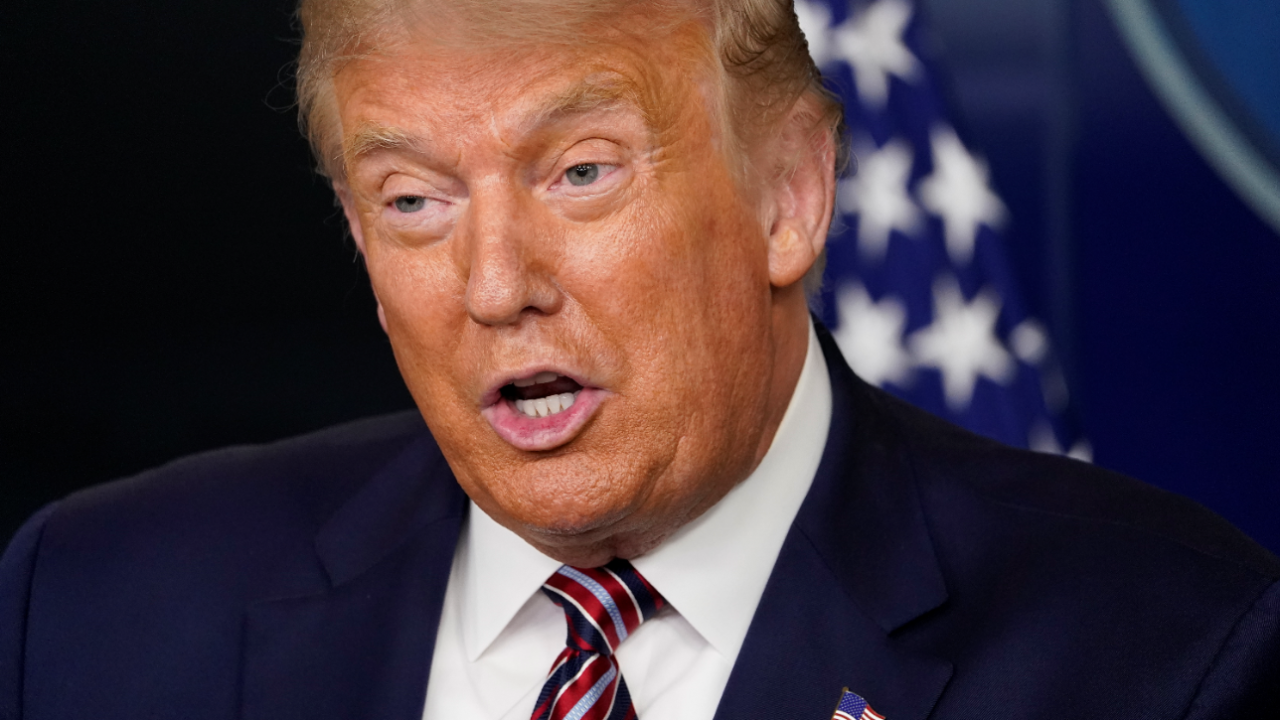 President Trump said he opposes congressional Democrats' demands to boost funding for the U.S. Postal Service because the money would be used to facilitate mail-in voting for November's elections.

In an interview with Fox Business on Thursday, Mr. Trump criticized a $3.4 trillion coronavirus relief bill passed by House Democrats in May, which included provisions that would provide $25 billion for the USPS and $3.5 billion in election assistance to states. The Senate refused to act on the House bill, and negotiations between Democrats and the White House over a new relief package remain stalled.

"They want $25 billion, billion, for the post office. Now, they need that money in order to have the post office work so it can take all of these millions and millions of ballots," Mr. Trump said. "But if they don't get those two items, that means you can't have universal mail in voting because they're not equipped to have it."

Recent operational changes to the Postal Service have severely delayed mail delivery and raised concerns about how the service will handle the likely influx of mail-in ballots ahead of the November election.

Millions of voters are expected to vote by mail in November due to the coronavirus pandemic, which has raised concerns about voters congregating in polling places. Delays in mail delivery could mean that voters do not receive their absentee ballots in time to vote, or that their returned ballots may be returned past the deadline.

Postmaster General Louis DeJoy has insisted that the operational changes to USPS, including eliminating most overtime, have not made it more difficult for voters to cast absentee ballots.

"Let me be clear that, with regard to election mail, the Postal Service and I are fully committed to fulfilling our role in the electoral process," DeJoy said last week at a meeting of the Postal Service Board of Governors. "We will do everything that we can to deliver election mail in a timely manner consistent with our operational standards, and despite any assertions to the contrary, we are not slowing down election mail or any other mail."

Mr. Trump has repeatedly expressed his opposition to voting by mail, insisting without evidence that the practice opens the door to potential voter fraud. His position also contradicts the views of several Republican governors, who have pushed to make voting by mail easier in the wake of the pandemic.

However, the president recently argued that voting by mail in Florida is safe. Florida is a key battleground state, from which the president and his press secretary, Kayleigh McEnany, have voted remotely in the past.

"Whether you call it Vote by Mail or Absentee Voting, in Florida the election system is Safe and Secure, Tried and True," Mr. Trump wrote in a tweet last week. "Florida's Voting system has been cleaned up (we defeated Democrats attempts at change), so in Florida I encourage all to request a Ballot & Vote by Mail! #MAGA"