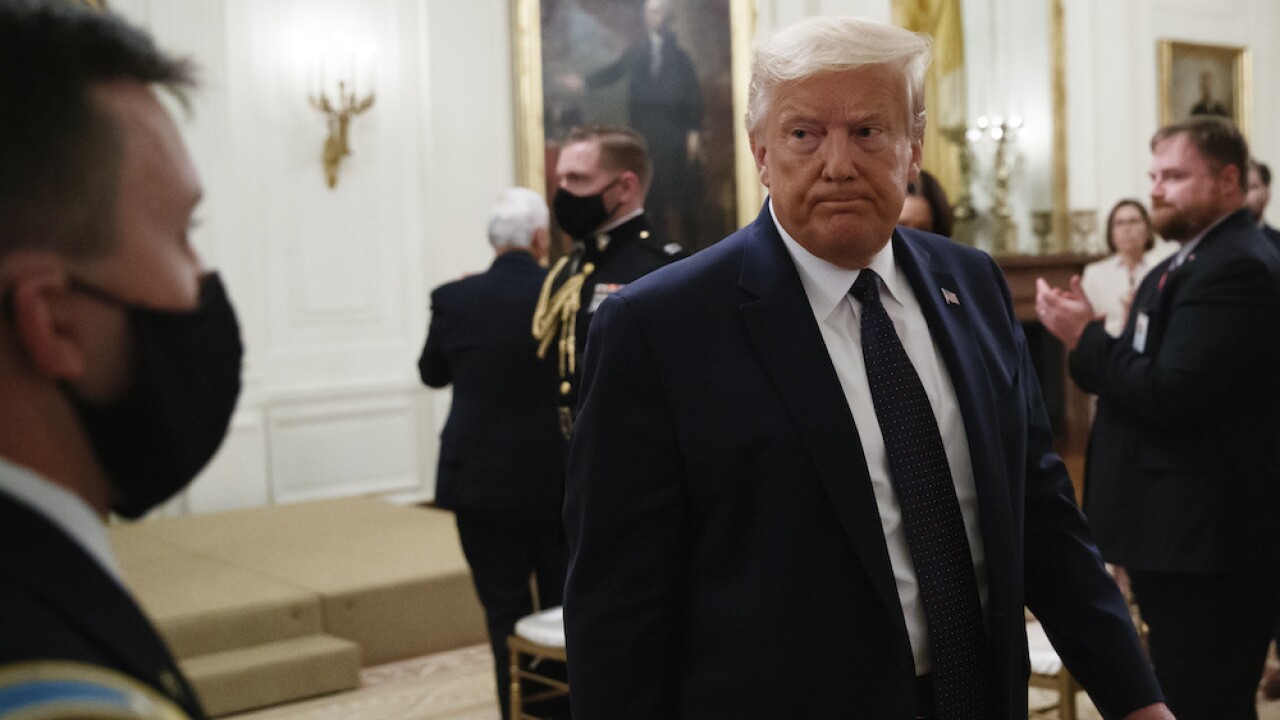 Trump added that recent decisions by the Supreme Court are "shotgun blasts into the face of people that are proud to call themselves Republicans or Conservatives."

Conservatives currently hold a 5-4 majority on the Supreme Court.

"Do you get the impression that the Supreme Court doesn't like me?" Trump tweeted minutes later.

On Wednesday, the Supreme Court ruled against Trump's plan to end Deferred Action for Childhood Arrivals or DACA. President Barack Obama established the program in 2012 when lawmakers could not reach a compromise on immigration reform.

The program allows more than 500,000 undocumented immigrants to continue working in the United States.

In September 2017, Trump announced he planned to end the program after a six-month delay. Several lawsuits were filed against the action, keeping the program running.

The decision came days after the Court ruled that employees could not be fired or disciplined for their sexual orientation under the 1964 Civil Rights Act.

These horrible & politically charged decisions coming out of the Supreme Court are shotgun blasts into the face of people that are proud to call themselves Republicans or Conservatives. We need more Justices or we will lose our 2nd. Amendment & everything else. Vote Trump 2020!

Do you get the impression that the Supreme Court doesn’t like me?

Editor's note: This story originally stated that DACA offered a pathway to citizenship. The program does not offer a path to citizenship, though it allows undocumented immigrants to continue to work and live in the U.S.