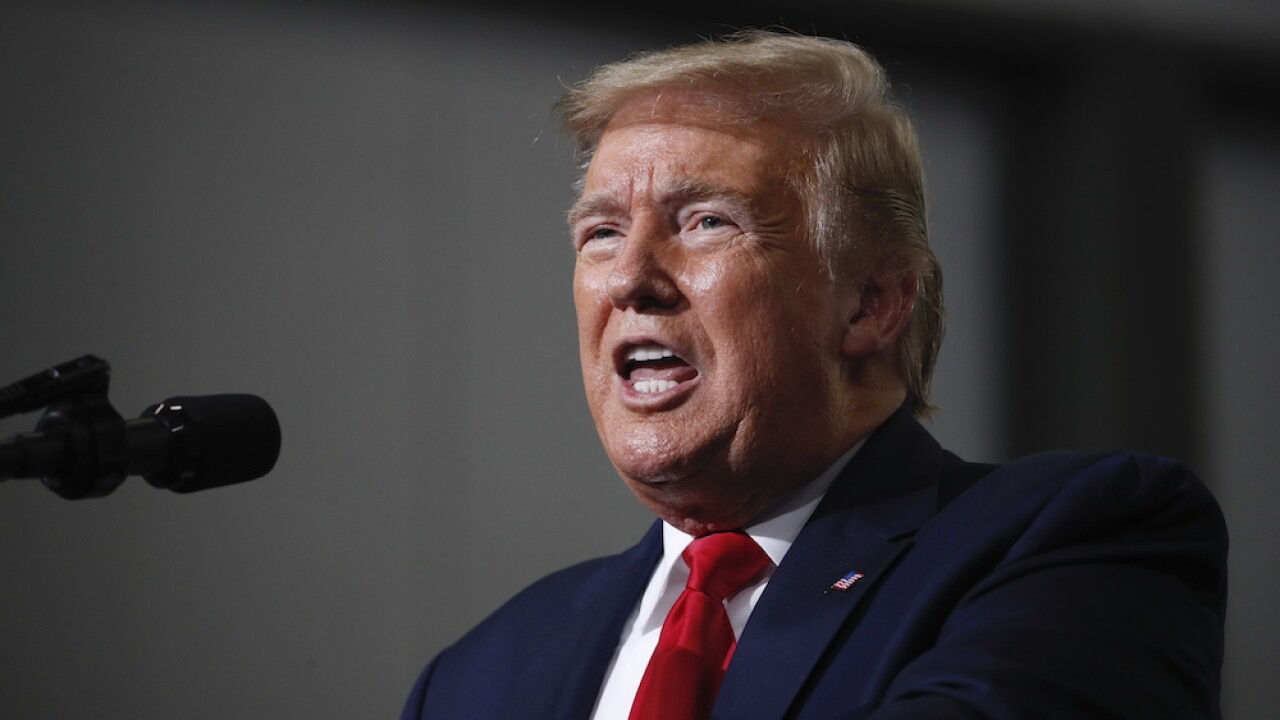 Copyright 2020 The Associated Press. All rights reserved.
Alex Brandon/AP
President Donald Trump speaks during an event at the Vehicle Assembly Building on Saturday, May 23, 2020, after viewing the SpaceX flight at NASA's Kennedy Space Center in Cape Canaveral, Fla. A rocket ship designed and built by SpaceX lifted off on Saturday with two Americans on a history-making flight to the International Space Station. (AP Photo/Alex Brandon)

For the third time in a month, Twitter has taken action against President Donald Trump.

After the social networking site labeled a video tweeted by the president as "manipulated media," the platform removed the video citing "a report by the copyright owner.

The 60-second clip showed an edited version of a viral video from 2019 where a Black child and a white child run toward each other to hug. Both children then run away in the same direction.

The doctored version of the video tweeted by Trump opens with a fake CNN banner and the portion of the video where the black child appears to be running away from the white child.

A few seconds later, the doctored video shows the children hugging, without the fake CNN banner.

The video closes by claiming that "America is not the problem. Fake news is."

Twitter added a "manipulated media" tag to Trump's tweet, which linked to more information about the video.

"In September 2019, CNN reported on a viral video about a friendship between two toddlers," Twitter wrote. "On Thursday, the president shared a version of the video which many journalists confirmed was edited and doctored with a fake CNN chyron."

CNN Communications replied to Trump, saying that it covered the viral video as it happened when it happened.

White House spokesperson Kayleigh McEnany defended the use of the video.

"He was making a point about CNN specifically,” McEnany said. “A point that CNN has regularly taken him out of context."

“I think the president was making satirical point that was quite funny if you go and actually watch the video,” McEnany added. “The point was it was a play on CNN repeatedly taking him out of context.”

Earlier, this month, Twitter hid one of Trump's tweets from his timeline, as the company said the tweet violated terms for "inciting violence." In the tweet, Trump implied he would encourage the National Guard to shoot anyone looting during protests against police brutality.

About a week later, Twitter flagged one of Trump's tweets deriding mail-in-voting because it contained misleading information.