Expletive about Trump hidden in downtown mural in Kentucky 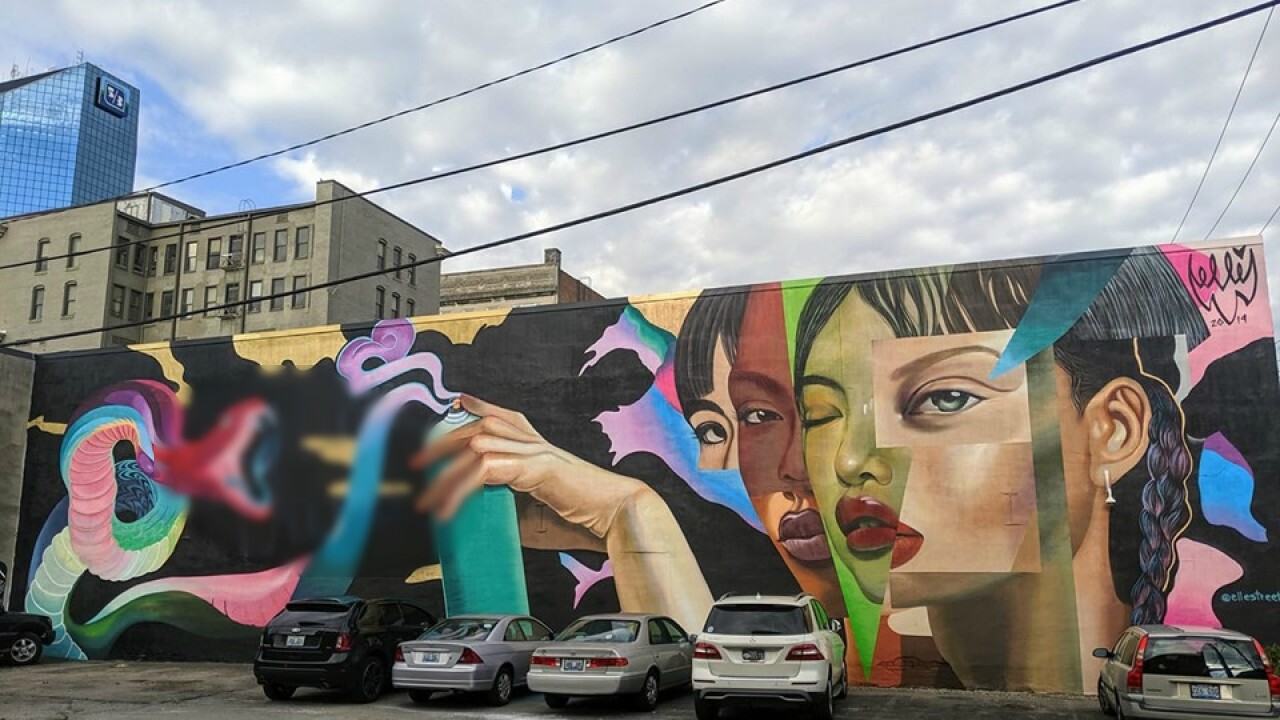 LEXINGTON, Ky. — A mural in downtown Lexington, Kentucky, has caught some eyes after people began to notice a hidden message in the artwork.

The piece, called the "The Devil is in the Details," was created for the group PRHBTN in Lexington and is located on a building at Short and Church Streets. The drawing appears to show four women and a snake emerging from a can of spray paint.

However, sharper eyes noticed that behind the paint snake were two words:

The artist, identified as ELLE of ELLE Street Art, released a written statement to WLEX admitting that the phrase is hidden in the piece:

"In America we are all entitled to share our opinion, and it’s important to excersize (sic) this right. Let me be clear, this is not about politics. This is about expressing my anger: I am fed up. I demand a better leader who is not a misogynistic 'p***y grabbing' inappropriate person. I want a leader, from any party-who is respectful, anti-racist, believes and acts to mitigate climate change and who believes in gender equality. We need to hold 'leaders' to a higher moral standard. I am fed up with this delusional sexist, racist man. As the child of an immigrant, I imagine Trump dislikes me as much as I do him. But I believe that immigrants enrich America- It is what makes this land great and culturally rich- a place of opportunity for all. Trump has reduced National Park territory instead giving it over to private corporations, he is regressing climate change progress, is openly sexist and mysoginistic (sic). How can we have children and be proud or even allow someone like this to represent our country and stand as our leader? Politics had gotten in the way of judgement (sic)- we are too divided across the aisle- this is about integrity and showing our future generations what we will and won’t stand for. Let’s unite in denouncing sexism and racism!"

The words were also supposed to be glow-in-the-dark, the artist explained, so it would be a surprise and not show up during the day. The paint did not dry clear.

PRHBTN is an annual art project that describes itself as "an annual celebration of art forms that have been criminalized, marginalized and under appreciated in the mainstream, featuring public murals."

The project is sponsored by grants and donations and has several murals throughout the city.

WLEX has reached out to the mayor's office and the local director of PRHBTN for addition comment.

This story was originally published on WLEX.