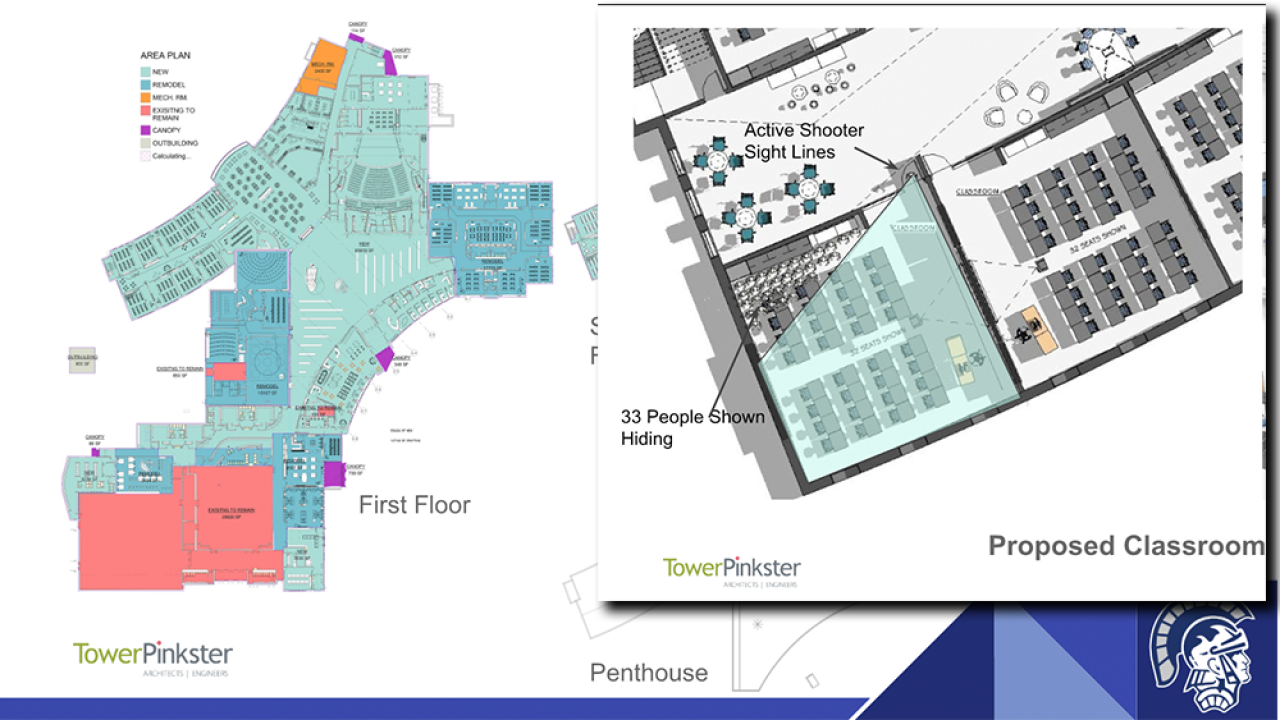 A school district in western Michigan says when it developed plans for renovations to a local high school, it did so intending to minimize casualties in a potential mass shooting situation.

The Fruitport School District says that when the renovations are completed in 2021, the high school will include curved hallways designed to "reduce sightlines" for a potential gunman.

The hallways will also include cement block "bump-outs" which students can hide behind if needed.

"If I go to FPH and I want to be an active shooter, I'm going in knowing I have reduced sightlines," Fruitport Superintendent Bob Szymoniak told The Washington Post. "It has reduced his ability to do harm."

Classroom doors will also be set in a small corridor to create a "shadow zone" in the front every room — a blind spot large enough that all students and teachers in the room can gather so they won't be visible from the hallway. Windows on classroom doors will be covered with shatterproof film, and employees in the office will also be able to lock every door in the school with the touch of a button.

"These are going to be design elements that are just naturally part of buildings going into the future," Szymoniak told WZZM-TV in Grand Rapids.

The design wasn't completely based on security. Szymoniak told the Post he tried to strike a balance between "security and a welcoming presence."

The estimated cost of the new construction is $48 million, the funding for which came from a bond passed by voters in 2016.